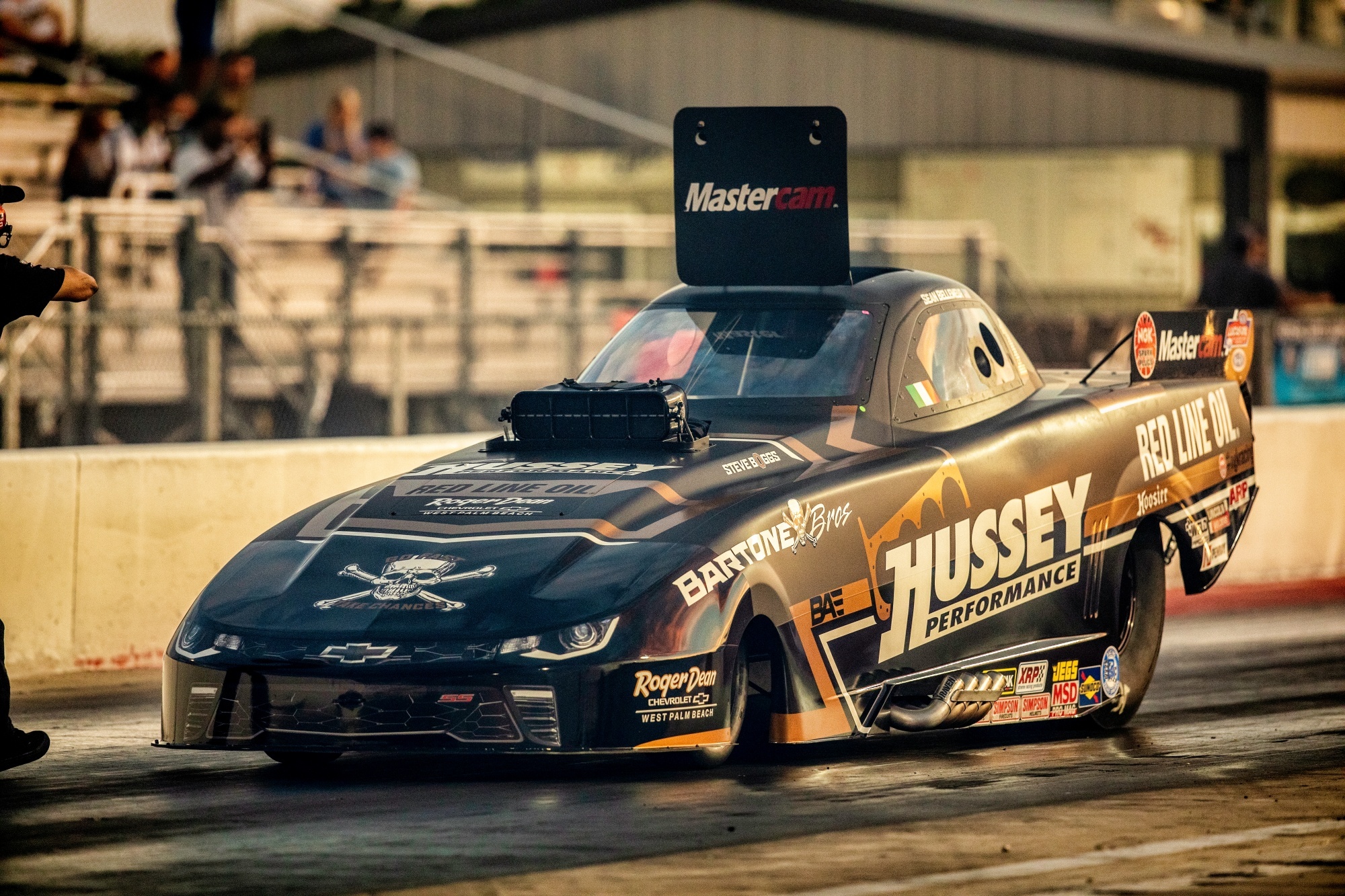 The moment Sean Bellemeur stepped foot into Xtreme Raceway Park for the first time less than a week ago, he knew he was in for a special weekend

Win or not, that would have remained the prevailing thought for the back-to-back NHRA world champ in Top Alcohol Funny Car.

As it turned out, Bellemeur got the icing on the cake in the form of a $20,000 victory at the Mid-West Drag Racing Series, an event that promised TAFC a big spotlight and more than delivered. In the days that followed, Bellemeur, who went 3.63-seconds at 211 mph in the final round in the Tony Bartone-owned car, recalled an incredible atmosphere that accompanied the memorable event.

“I could tell from the moment we walked in that everyone wanted to put on a good show,” Bellemeur said. “When those stands filled up, it reminded me of being a kid and watching my dad match race. It had that raw feeling and it was just awesome. They were clearing people out of the way on the starting line and it was just a unique experience. I’ve never really experienced anything quite like that and I hope this is around for years to come.”

That’s Bellemeur referencing the class finding a new home in the MWDRS, a move that was announced earlier this year. The class raced during a MWDRS event in Dallas in May, and last weekend’s race at XRP marked the first paying race for the class.

To nobody’s surprise, Bellemeur impressed, even as he raced his first eighth-mile race in TAFC – and first since racing Jr. Dragster more than 20 years ago.

With an incredible braintrust that includes tuner Steve Boggs and Troy Green, Bellemeur had no doubts the team would be ready.

“I’m lucky enough to have a guy like Steve Boggs in my corner. I don’t care if it’s eighth-mile, quarter-mile or two miles, Steve is going to have a combo for it,” Bellemeur said. “I wasn’t worried about it. I was just worried about getting my head in the right spot.” 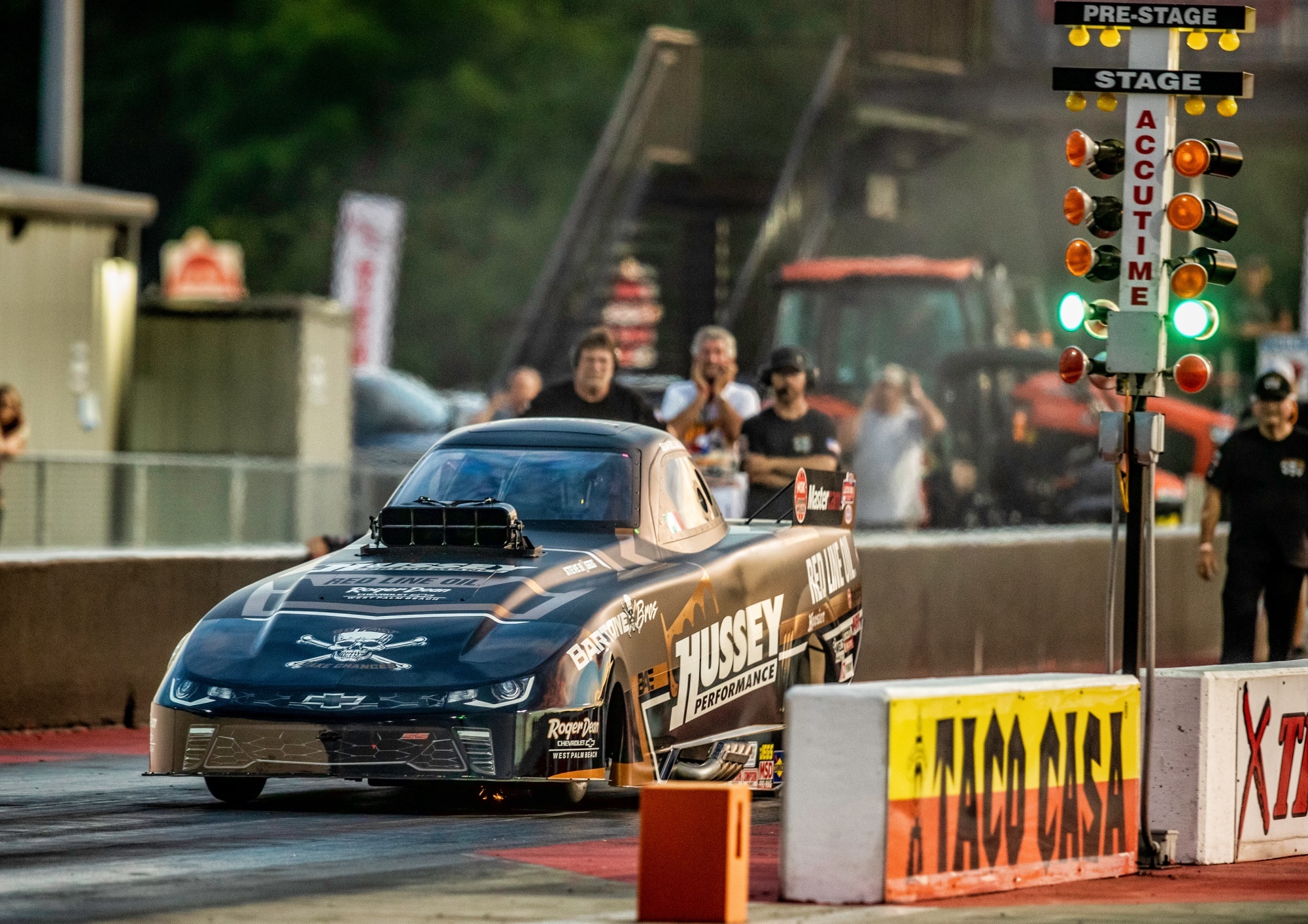 The biggest concern for the cars is the 2-3 gear shift occurring right at the eighth-mile, leaving teams with an important decision at a critical juncture in the race.

Bellemeur’s team adjusted the car so the shift light came on right at the finish line and he quickly found a groove, qualifying No. 1 with an impressive blast of 3.643 at 211.67, also earning an extra $1,000 in the process as well.

He worked his way through eliminations to meet up with Doug Gordon in a memorable final round. Bellemeur pulled away at the finish line, going 3.63 at 211 to beat Gordon’s 3.68 at 209, but admitted there were considerable nerves before the enjoyable celebration.

“To work my way through the field and make it to the final, I hadn’t been as nervous since the 2018 final in Indy,” Bellemeur said. “It definitely had a different feel to it.

“So, I make the run, get the chutes out and I just hear Troy on the radio yelling, ‘20k baby, 20k!’ I screamed something like, ‘20Gs baby, let’s party,” and it was just incredible. It was just awesome.” 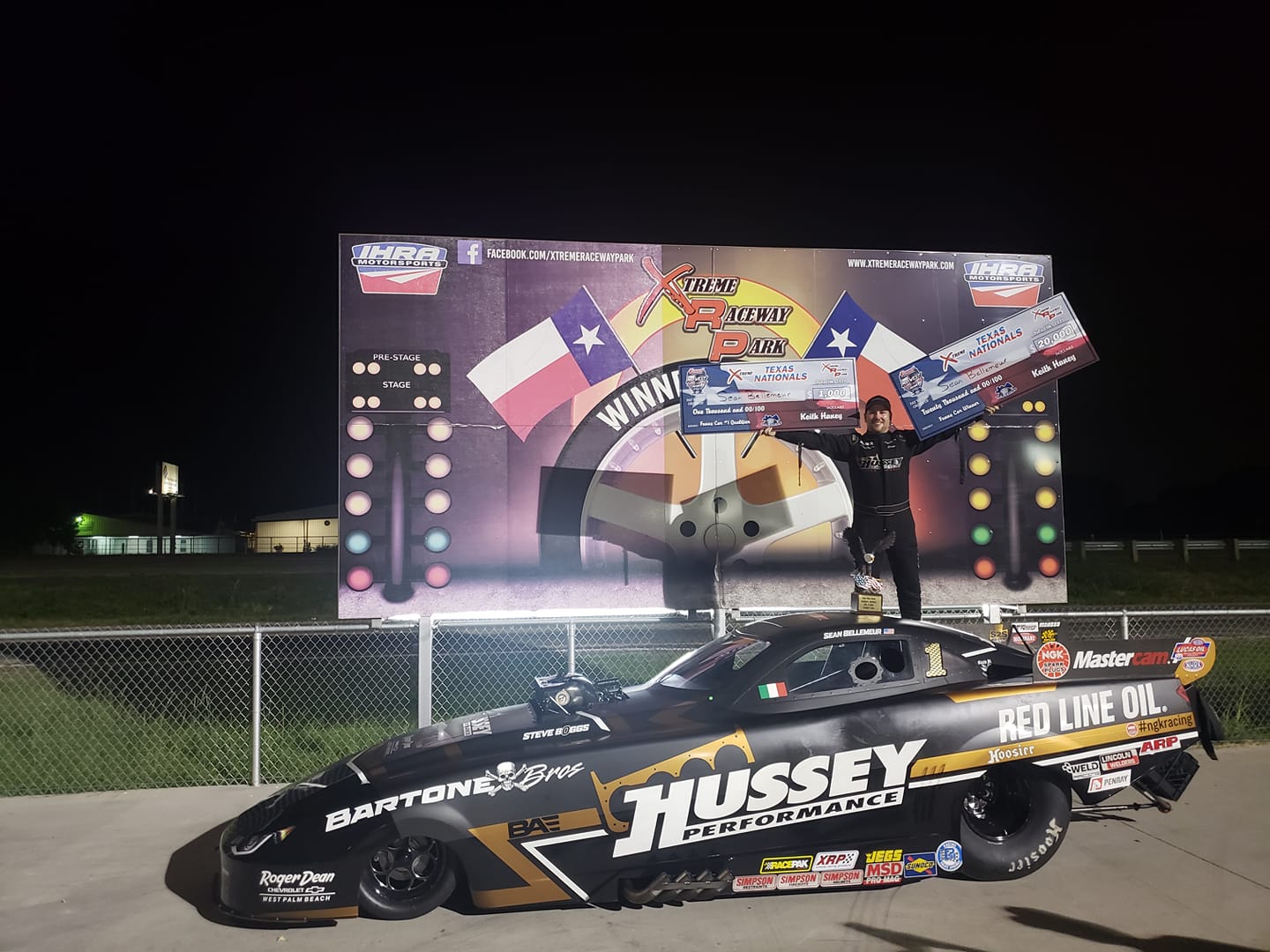 The victory continued Bellemeur’s domination in the class since joining forces with Bartone. He’s won consecutive world titles in the NHRA ranks, grabbing the U.S. Nationals victory in 2018 as well.

But this victory will hold a special part in Bellemeur’s heart and while extremely nice, the money didn’t have everything to do with that. What stood out to the standout was the excellent treatment, the build-up to the event and the spotlight the class received, which brought a sizable crowd in the process.

“It felt so great to be respected as one of the big guys,” Bellemeur said. “I hadn’t been this excited for a race in a long time. The reception we’ve received from the (MWDRS) has been nothing but positive. The opportunity to go have fun and then you throw a big pile of cash on top of it, it was amazing. The buzz was great and there was just a bunch of bad hot rods.”

Bellemeur expects that to only grow as well as word continues to spread. The sizable purse helps — and the class champion will get $20,000 in 2021 – but Bellemeur praised the track surface, competitors in the other classes and just about everything else regarding the weekend.

As the team gets dialed in with eighth-mile racing, he expects runs in the 3.50s in ideal conditions, and Bellemeur can’t wait to see what’s next – and next on the MWDRS circuit is a stop in St. Louis on Aug. 14-15 – after such a thrilling weekend in every regard.

“This gives us the motivation to spread the word and get more people involved,” Bellemeur said. “Plus, the track was awesome, the fans were spectacular and it’s great money. I can’t wait for this to blossom into something even better. I can’t say enough things about it.”