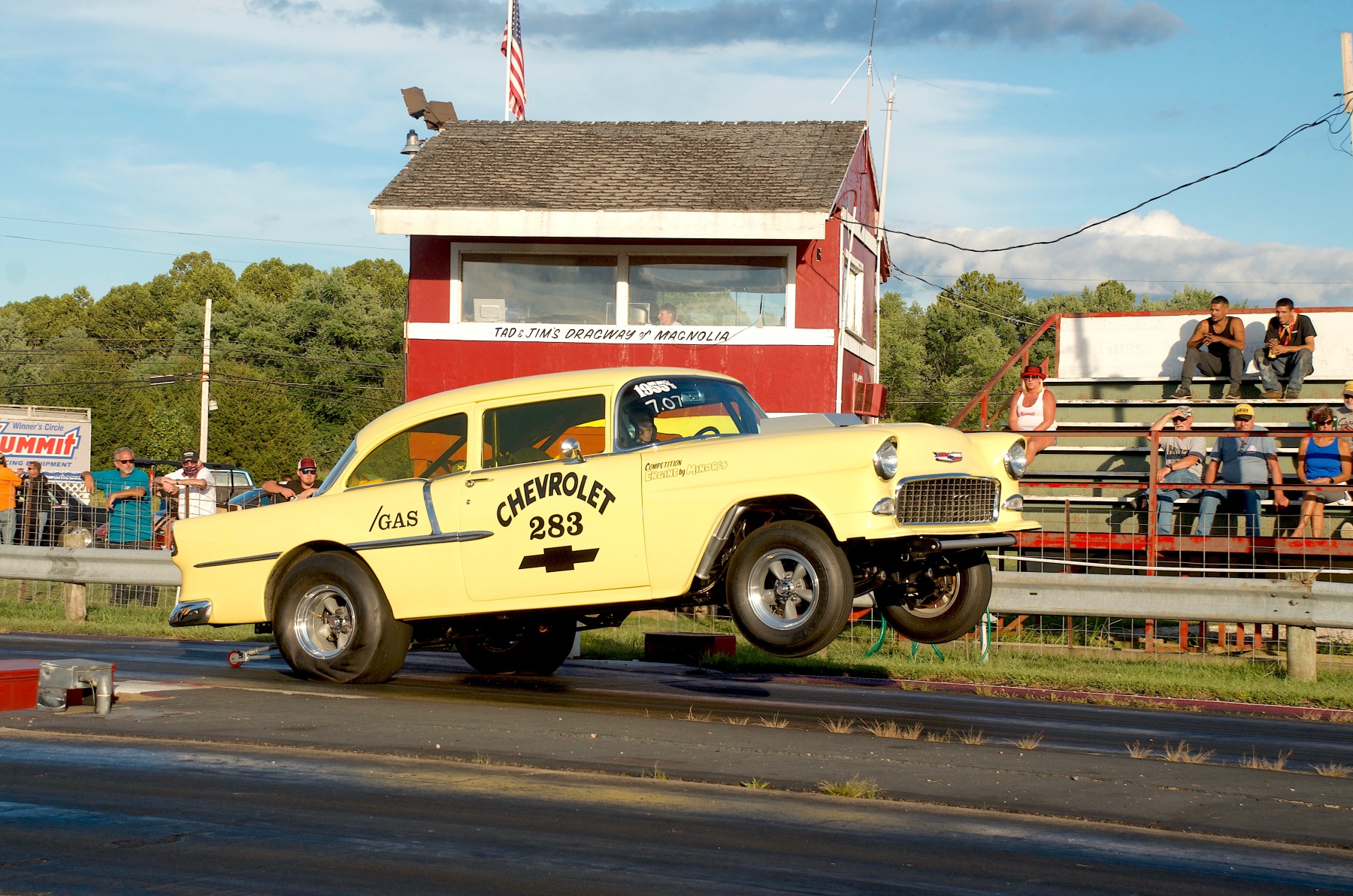 Tucked away in the tiny village of Magnolia, Ohio, you’ll find one of the oldest still-active dragstrips within the Buckeye state, with a construction tag that dates back to 1957. This scenic and unsanctioned eighth-miler known as “Tad and Jim’s Dragway of Magnolia” is a reflection of current owners Tad Reis and Jim Rankl, who were business partners in the car business for decades before eventually adding “dragstrip ownership” to their list of collaborations.

“Honestly, it all started right here at the track. That’s where Tad and I met many years ago,” says Rankl, who’s the senior of the two. Rankl first made his way to Magnolia Dragway shortly after it opened, back when he was still in high school and first raced here sometime around 1961.

As Rankl recalls, Reis was probably in his 20s in the early 1990s when Rankl first met him and realized immediately that Reis was a really good racer who also possessed great people skills. “As it turns out we were needing a finance manager at the car dealership I worked for, so I ended up hiring Tad,” Rankl says.

Eventually, the two decided to strike out on their own, opening a high-end used car dealership and were quite successful at it for decades to come. Fast-forward to the winter of 2011 when Rankl’s phone first rang from then-track owner Dixie McCreary, with an offer to sell the fabled northeast Ohio dragstrip.

Rankl initially wasn’t the least bit interested considering he already had the bustling car business with Reis, plus a stable full of race cars that he and sons Ty and Jon enjoyed racing together, but then sometime between Christmas and New Year’s, Rankl began warming up to the idea and needless to say, Reis was very much on onboard as well. 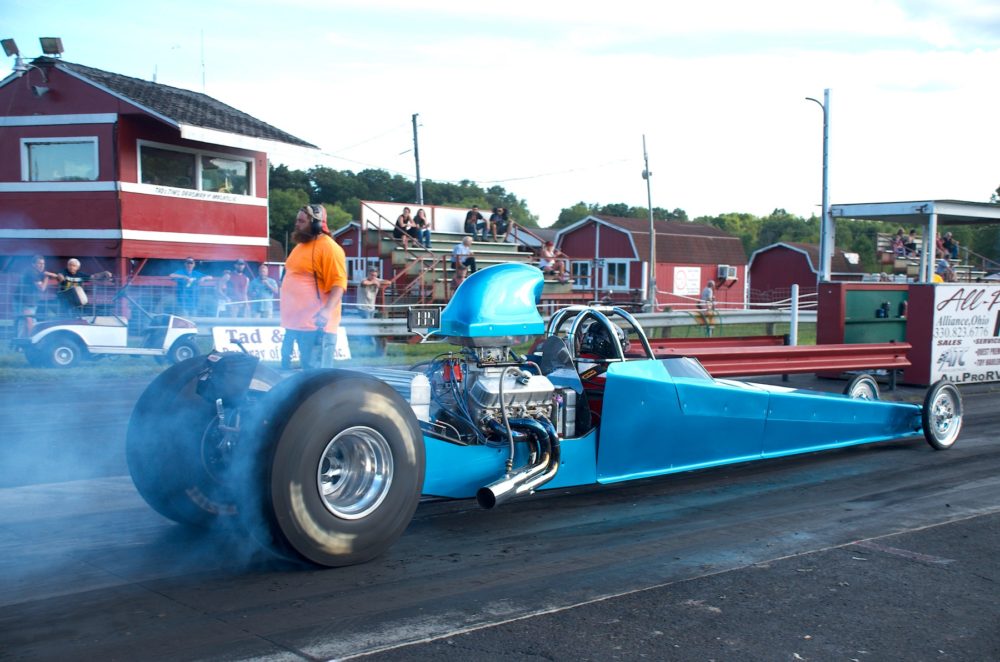 So, a deal was reached with McCreary and the dragstrip opened in 2012 with brand-new owners. Among the first things the long-time friends and business partners did was book in a nitro Funny Car match race…just because they could! Cars of that caliber had never been to Magnolia and at the end of the day, Reis and Rankl love a good whiff of nitro as much the next gearhead. To Rankl’s knowledge Magnolia has never been sanctioned in its entire history, so there were plenty of locals who’d never even witnessed nitro cars, especially at their hometown dragstrip.

Shortly after the nitro presentation, Reis and Rankl decided to offer a $2,000 bounty to the first driver to dip into the 3-second zone, which had never been done on Magnolia’s eighth mile. Plenty of cars capable of achieving the feat showed up to collect the bounty in 2012, but no one was able to do it until the following year when Dave Koffel towed his “Lake Erie Monster” alcohol dragster down from the northern tip of the state and along with his driver, Keith Mclennen, scorched the pavement to the tune of 3.92 at 192 mph, which still stands as the track record to this day.

After a few years of bringing in various never-before-seen attractions to Magnolia, Reis and Rankl began concentrating on their tried and true bracket program. Even though Magnolia has always operated as an independent track, they’ve always offered their own in-house bracket points program and crowned a season champion.

However, the tumultuous year of 2020 forced them to change up a few things, namely the decision to forgo the normal points program. “We weren’t even able to open until June because of coronavirus and many of our locals were afraid we weren’t even going to open at all, so they’re just happy to have a place to race,” Rankl says.

Despite the delayed opening, Rankl says 2020 was actually the best year since he and Reis bought the track. Sunday brackets were well attended, along with test-and-tune sessions held every other week, which also feature a gambler’s race. The popular “Dash for Cash Run-Off” at the end of the year was still on the table, much to the delight of the local racers who look forward to this season finale event. 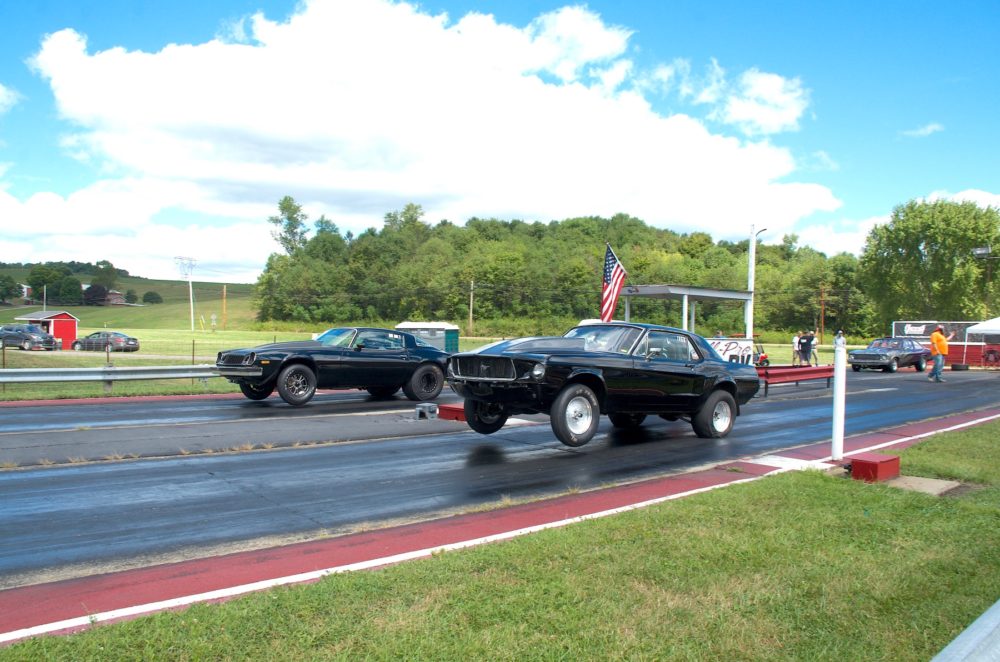 Magnolia also holds several track rental events, including no-prep races, which completely pack the place. In late August, the United Manual Transmission Racers (UMTR) was a featured attraction along with the normal bracket program. The racer participation was among the best events of the season. The current offering of weekly brackets and test and tune events are Magnolia’s core business and it consistently brings in solid results.

Rankl says the goal each year is to be in operation from May 1 to October 31, and if racer attendance is anything like the previous year, the 2021 race season should be a banner year for Magnolia’s treasured dragstrip.