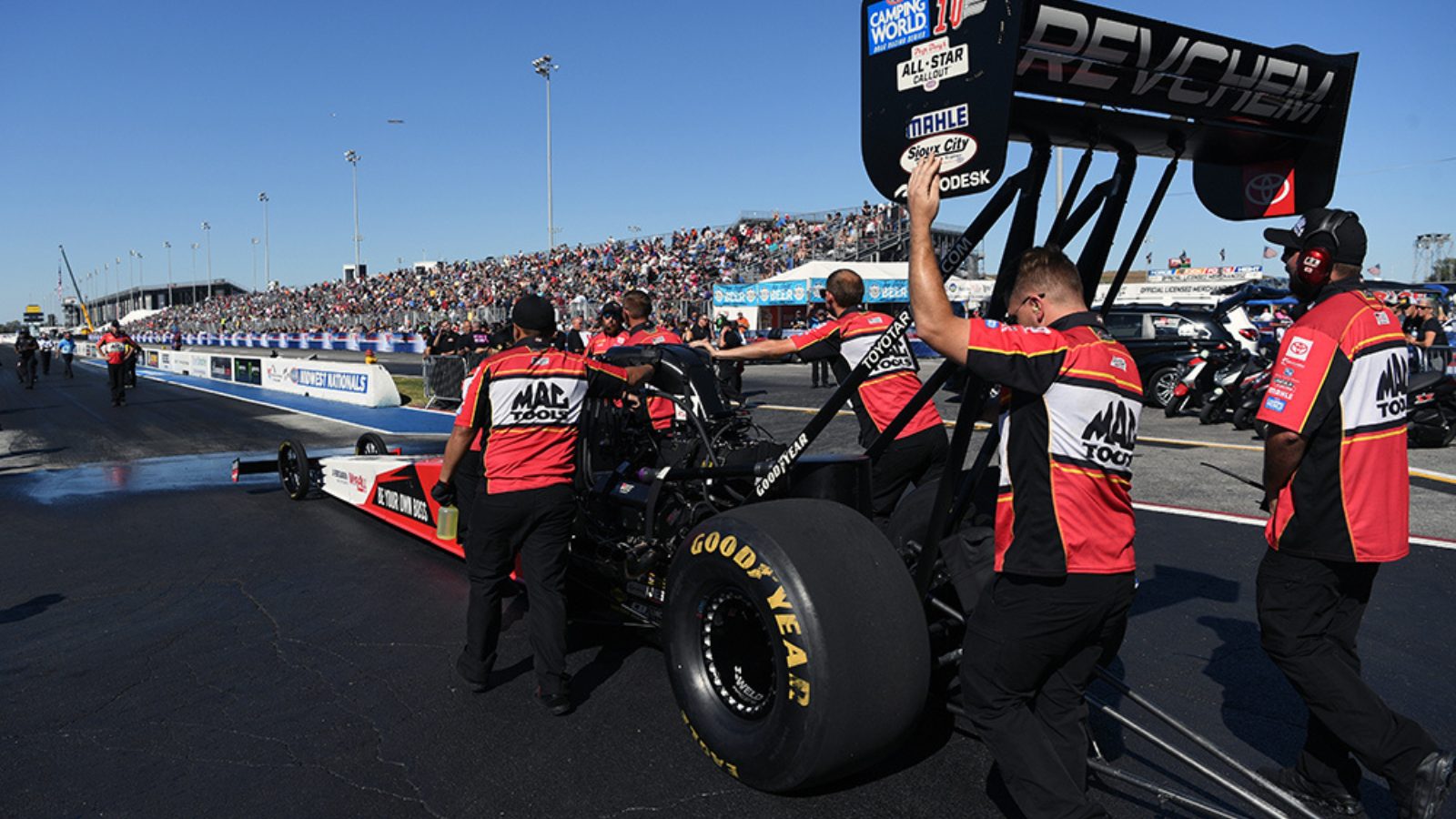 A resurgent Doug Kalitta and the Mac Tools Toyota Top Fuel team will roll into the NHRA Texas Fall Nationals looking to continue to close the gap on the Top Fuel points leaders. Over three of the past four races Kalitta has raced to three semifinal finishes and sits in seventh place in the point standings only 88 points back from first place in one of the tightest Top Fuel races in recent memory. The Texas Fall Nationals, the fourth of six Countdown playoff races, will be a turning point for the perennial championship contender and his Alan Johnson and Brian Husen led team.

“We have been running really well since Indy and I think the team really turned a corner,” said Kalitta, a 49-time Top Fuel national event winner. “We brought on Alan and Brian at the beginning of the season and we knew it wouldn’t be a quick turnaround. It is all starting to come together and it couldn’t happen at a better time with three races left in the season. It is anyone’s championship.”

Kalitta has two wins at Texas Motorplex grabbing the Top Fuel title in 2013 and 2002. The all-concrete track built by former Funny Car driver Billy Meyer is known as one of the quickest and fastest tracks in the country. The cooler conditions that are forecasted for the track located south of the DFW metroplex could play right into Kalitta’s hands for running low elapsed times.

“We have been qualifying really well all season and now we are hitting our groove on race day,” said Kalitta. “I have a lot of confidence in this Mac Tools team. The Motorplex is a track where you can make some good runs. These last three races are going to be a lot of fun.”

While Kalitta will be racing for points all three Kalitta Motorsports entries will be racing for Feeding America for the next two races. For every win light Kalitta turns on 20,000 meals will be donated to the national company focusing on ending food insecurity thanks to donations from Kalitta Motorsports and DHL. Additionally, Kalitta Air has pledged to donate as well to the cause. So far the program has garnered more than 140,000 meals over the past two races.

The chances of more win lights for the Mac Tools team are moving in the right direction thanks to Kalitta’s history of success at Texas Motorplex which also includes a runner-up finish in 2001 and a No. 1 qualifier in 2004. The Mac Tools team will have four passes in qualifying to make the 16-car field which will race for a Wally and a custom fitted cowboy hat as part of the Stampede of Speed.