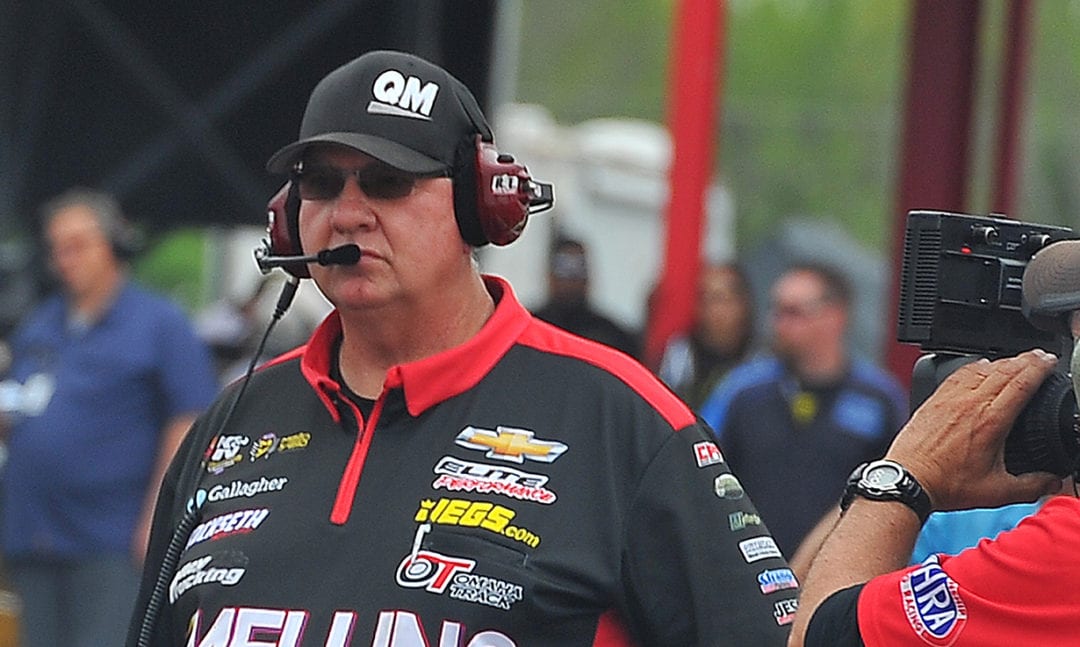 Without question, a top-notch crew chief is a necessity to be successful in drag racing. But in 2018 can that person also double as the driver? The sport was built on the do-it-yourself competitor, someone who made the tuning calls and then got behind the wheel. Of course, technology and the rapid advancements in the sport have made that DIY role nearly extinct.

There are a variety of factors as to why. The maintenance program is different and far more complex. The rise of torque converters has forever changed things, and there’s a bevy of specialists and variables that add to the complexities of being a crew chief. Doing that and driving has become a rarity and when all the responsibilities are considered, it may be understandable.

The old expression “bringing a knife to a gunfight” comes to mind with the DIY role, and yet some have still managed to thrive and take great pride in doing so. As those in that particular situation explain, it usually comes down to work ethic and a willingness to adapt while also recognizing the odds are stacked against them.

DRAG ILLUSTRATED talked to a number of crew chiefs – including some who double as drivers – to get their takes on if it’s still possible to be both tuner and driver, and how dramatically the role of crew chief has changed with the technological advances in the sport in recent years.

Rick Jones is amongst the world’s most celebrated car builders, but also a top crew chief for Elite Performance, making the calls on Erica Enders’ two Pro Stock world championships. Truth be told, there’s nothing do-it-yourself about Pro Stock in 2018. Instead, it’s like a 2,000-piece jigsaw puzzle that must be put together every hour several times a weekend. Having it all click is never easy, but getting it to do so is part of the thrill for Jones.

“It’s definitely very sophisticated anymore, especially with the EFI stuff,” begins Jones. “You’ve got an engine tuner, an engine guy who does all the maintenance, a clutch guy, a back half guy and so on. When we come back after a run, there’s a lot going on, and Rickie (Jones, Rick’s son) and me look at all the data.

“EFI has made it more difficult. You have a tuner just for that. It didn’t really used to be that way. It has gotten way more sophisticated. There’s more data, more things to pay attention to and more things to watch.”

Following a run in NHRA Pro Stock it’s all about deciphering data.

“After we come back from a run we’re always tuning to the track because the car changes,” says Jones. “The racetrack gives you ‘X’ amount of grip. When it’s good you make changes, when it’s bad you make changes. That means you have to work on transmission ratios, clutch, get the optimum power to the rear and you need really good notes. It’s very hard. You have to have a lot of experience to know what to do.

“The driver comes back and also tells you things and you have to tie it all together and make a decision. You make a list on every run and you make the best, educated guess you can.”

There’s an outside, non-mechanical factor at play here, too, and that’s simply the pressure and intensity of pro-level drag racing competition at this point in time.

“At this level, that’s a lot of pressure, so you have to have a really good group of people, a good core of people. Everyone works well together. Everything has to jive together. The engine guy has to believe in the crew chief, and we have to pull from everybody.”

Jones’ final take is powerfully simple and logical – not at all surprising if you know the man.

“Ultimately, drag racing is about grip,” concludes Jones. “The hotter it is, the less grip it has, so when the track gets hot that goes away. When the track is hot, you have to put more bite in the car. If you go up there and it’s 85 degrees, you may pick up 50-80 pounds of grip. The rubber gets tighter and you can’t go up there with the same amount of bite because your car can have too much grip and be slow. It’s all about grip and how much available grip the track has to how much bite you have in your car. That’s the balance, that’s the harmony you’re always working toward.”