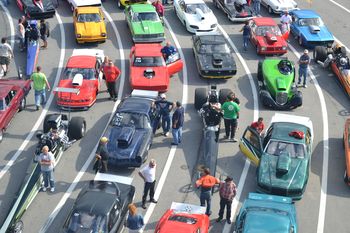 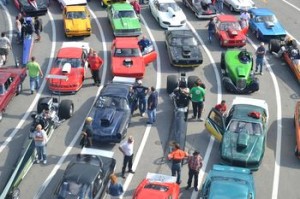 After a weekend of great weather and tough action on the track in Thunder Valley, Seth Street made his Super Chevy Show even more memorable by taking top honors in Bracket I after defeating a challenging field of competitors.

Junior Dragster Division I went to Jackson Bailey of Princeton, W. Va. when Alexis Whitaker of Telford turned on the red light at the starting line. Bailey turned in a .052 light with an 8.989 E.T. (8.92 dial-in) at 71.32 mph on his winning run.

Bristol Dragway always hosts one of the most impressive Super Chevy Shows and this season was no exception. The highlight of Saturday’s action was the Beef O’ Brady’s Thunder Valley Mayhem presented by Thompson Metal Services. Fans were treated to Nitro-powered Pro Mods, Jet Dragsters and quick Top Fuel motorcycle passes by Larry “Spiderman” McBride during the Pro Show rounds of Thunder Valley Mayhem.

Randy Moore drove the World’s Fastest Monster Truck, Maximum Overkill, down the legendary quarter-mile, while members of the outrageous Team FMX motocross group took to the skies high above Thunder Valley. Megasaurus ended the evening by taking a bite out of a junked car as fireworks filled the air.

On Saturday afternoon, True Street participants went for a 30-mile cruise through the area surrounding Bristol Dragway, before returning to Thunder Valley to slug it out for the top spot in their respective index. After proving their road-worthiness, the machines took three passes down the legendary quarter-mile.

Adam Green drove to the overall win from his position in the 11.00-second index. Green’s overall average time was an 11.018, putting him closest to his chosen index.