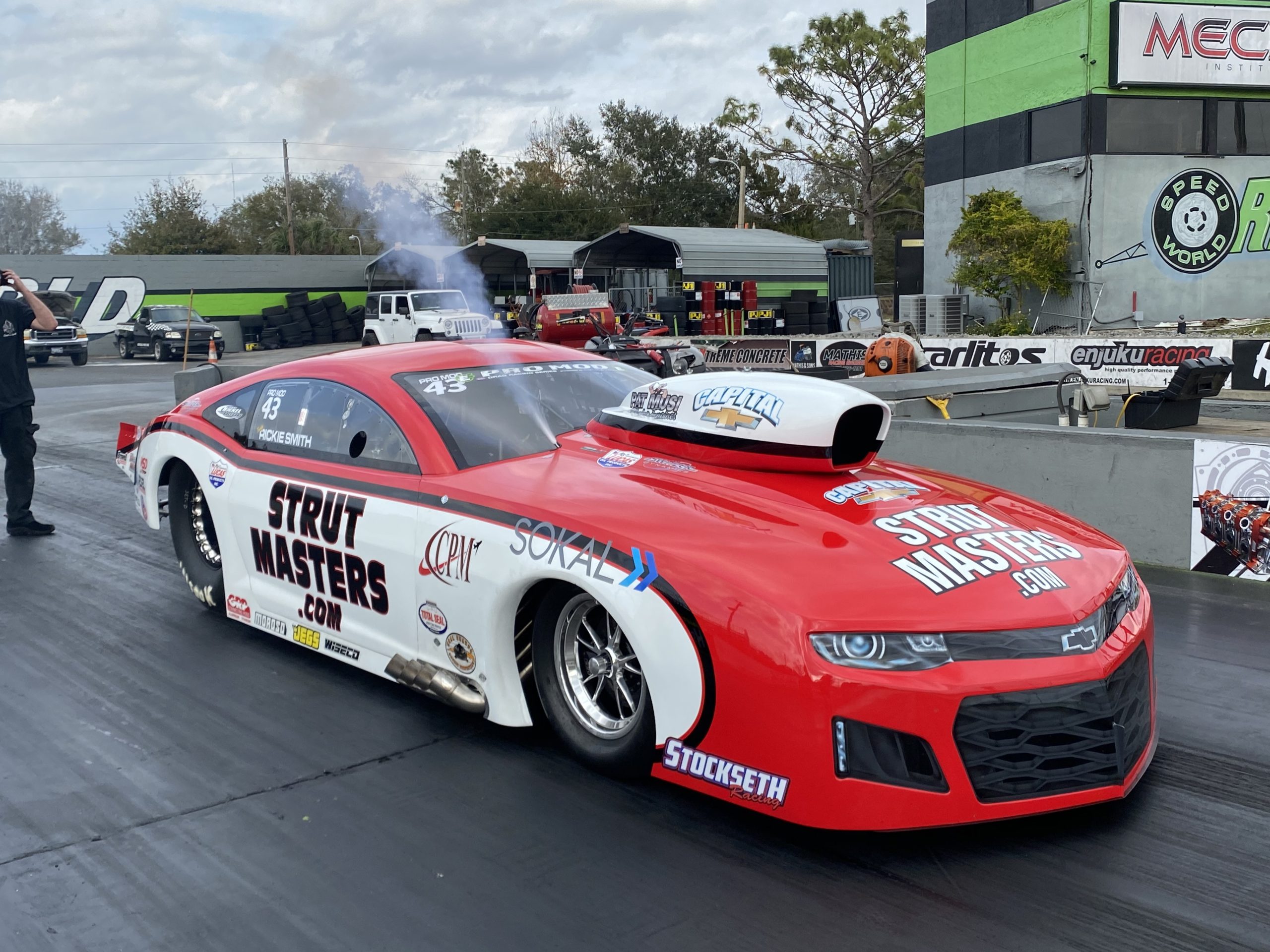 The Drag Illustrated World Doorslammer Nationals presented by CTech Manufacturing has added another marquee partner, as race officials announced today that Strutmasters, an industry leader in suspension parts and air to non-air suspension conversion kits, has been named a major sponsor of the race.

The highly-anticipated inaugural event, which takes place March 6-8 at Orlando Speed World Dragway, features a purse of more than $300,000, awarding the winners in Pro Stock and Pro Mod $75,000 and $50,000, respectively. For Strutmasters founder and owner Chip Lofton, it’s another way to be involved in a sport – and now an event – he loves.

“You look at this event, and it offers big money, it’s going to draw a lot of teams, it’s at the beginning of the year, and I really think it’s going to be a great event,” Lofton said. “They’ve put a lot of time and thought into what makes a great race, and it’s a great location as well. The track owners (Ozzy and Maria Moya) are wonderful people and all of it together is going to make it a really incredible show, so I’m excited to be involved.”

In recent years, Lofton and Strutmasters have become major players in the sport, working with a number of top NHRA teams.

It’s done wonders for the business and for Strutmasters’ visibility, as Lofton noted in part because of the aggressive sponsorship deals it increased his business 30 percent last year.

His 2020 sponsorships include the likes of former NHRA Pro Stock world champion Bo Butner and three-time NHRA Pro Mod world champ Rickie Smith, and both of the standouts will be in attendance and racing for big money in Orlando.

“I’m so excited that they’re both going to be there,” Lofton said. “As a sponsor, I look at racing as branding. I hope you see the Strutmasters name somewhere and it helps you go look at my company. Both Bo and Rickie, they’re high-profile guys and bring a lot of attention. People will be watching them in Orlando, but I know there’s going to be a good car count and fan turnout.

“You’re also going to see some of the quickest times of the year and maybe some records. It’s going to be a great circus, and that’s what you need to keep people and fans enticed. And I think the drivers like that side of it, too.”

Strutmasters created the original suspension conversion kit two decades ago, and has further perfected it since then. They’ve established themselves as an industry leader when it comes to all aspects of suspension parts and kits, while Lofton has ramped up the company’s visibility in recent years.

That noticeable presence will be apparent in Orlando as well, providing support for the most successful names in the doorslammer world at one of the biggest races of the year.

“Chip and Strutmasters have been so great for drag racing and we’re thrilled they are major sponsors for this historic event, the World Doorslammer Nationals,” Drag Illustrated Founder and Editorial Director Wes Buck said. “Chip’s company is one of the finest recent examples of how loyal race fans are to companies that support drag racing. Chip has gone above and beyond to offer his support to so many teams, and it’s had a remarkable impact. It’s exciting to have Strutmasters on board for a race we are confident will deliver one of the most memorable experiences possible for everyone involved.”For