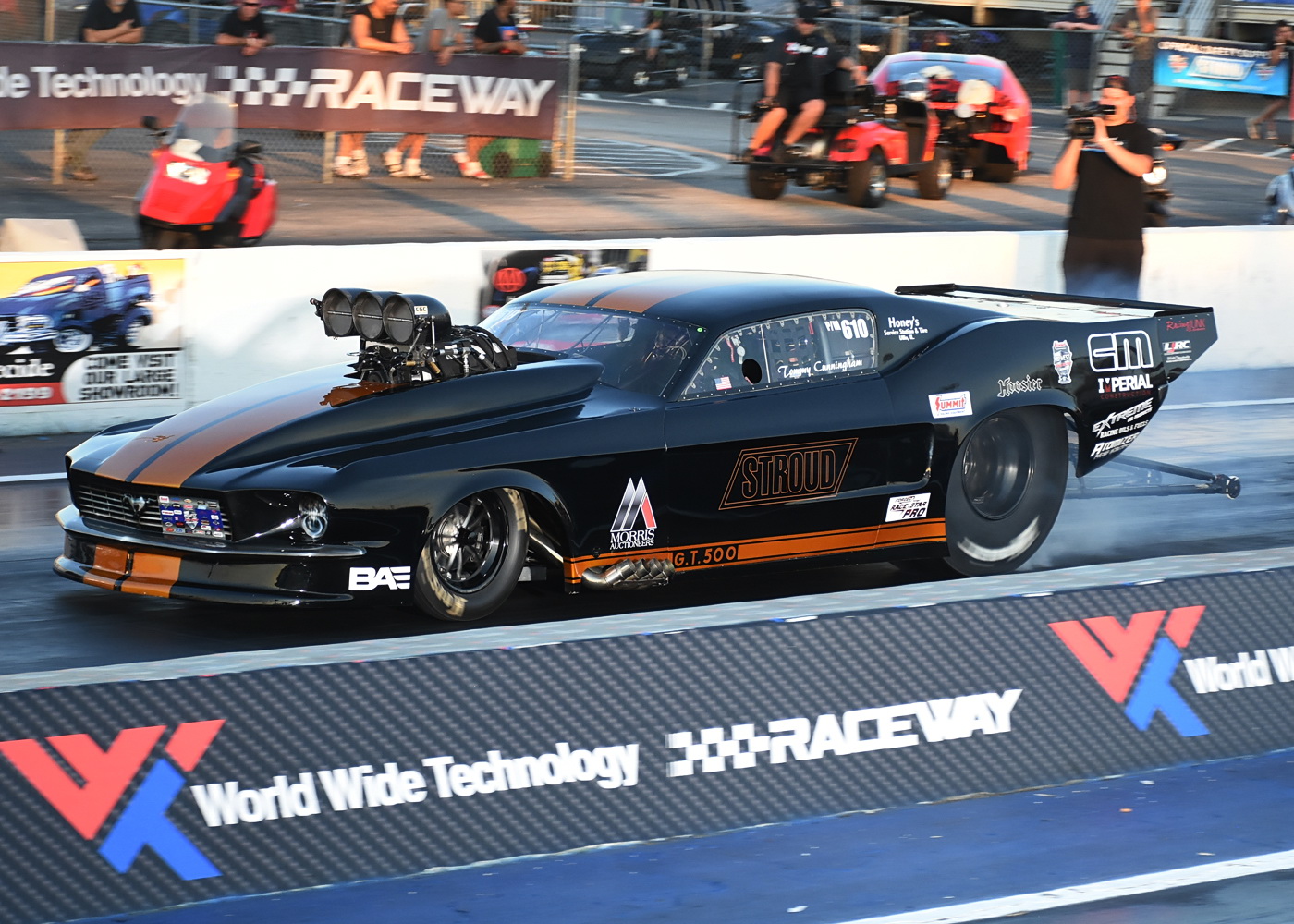 Stroud Safety, a marketing partner with the Summit Racing Equipment Mid-West Drag Racing Series (MWDRS) since its inception in 2017, has been named title rights holder to the Tulsa-based series’ Pro Modified class.

“Stroud Safety has been there since day one with us, but have now stepped up to naming rights sponsor, which is very exciting,” MWDRS founder, owner and promoter Keith Haney stated.

“Everything on my personal race car is Stroud Safety and 90 percent of the people that race with us run Stroud equipment. I can’t thank them enough; none of the racers can thank them enough. And just like me, Stroud’s owner, Tommy Cunningham, also races in the Stroud Safety Pro Mod division, so it’s great to have his hands-on involvement be a part of this, too.”

“We do all that and a lot more,” said Cunningham, who purchased Stroud Safety late in 2019. “We’re pretty heavy into the Bonneville land-speed stuff, we do some dirt track and we’ve actually got a very strong presence in monster trucks. And then we’ve got an industrial side that most of the motorsports community never hears about, where we do a lot of wind energy products and a lot of ballistic blankets for the pulp and paper industry.”

Cunningham said he decided to step up Stroud’s involvement with the MWDRS after recognizing that competing with some of the best race teams in the country provides several advantages.

“After a year’s worth of owning the company and seeing the benefits of working with drivers and racers in the series and the amount of people we’d see coming by to check out our products, we’d see it on Monday after a race weekend that we had been represented,” he said.

“Being at the track also allows us to see Stroud products being used in real racing conditions, where even if there are critiques, after an event you can come back and say, ‘Hey, you know, if we did it this way, maybe that would be a little bit better.’

“So we tried a lot of times to use my car as an R&D platform, so to speak. We tried maybe a different belt combination in order to try to come up with something to let somebody either get in or out of the car quicker, or maybe make packing a parachute a little easier. You know, just anything we can do to help a racer is what we’re always trying to accomplish.”

With his father and mother, Larry and Susan, along with wife Anita as his only crewmembers, Cunningham won the MWDRS Pro Mod race at St. Louis last August with his supercharged ’68 Mustang GT 500. Then in October, he hosted the entire Stroud Safety staff from manufacturing facilities in Oklahoma and Kentucky at the final race of the season in Tulsa for a team building and learning experience.

“You know, sales, customer service, manufacturing, everyone,” Cunningham said. “The majority of those folks had never even been to a race before, so for them to see the products they make and how they were being used, it was just great. And Keith and his team helped out a lot just by making everyone feel so welcome.

“Everyone got a real good hands-on idea of how our products–their hard work–are being applied and how they affect what the drivers and team members are doing. I think it just drives home how important our day-to-day operations are to the safety and livelihood of the person on the other end of the phone.”