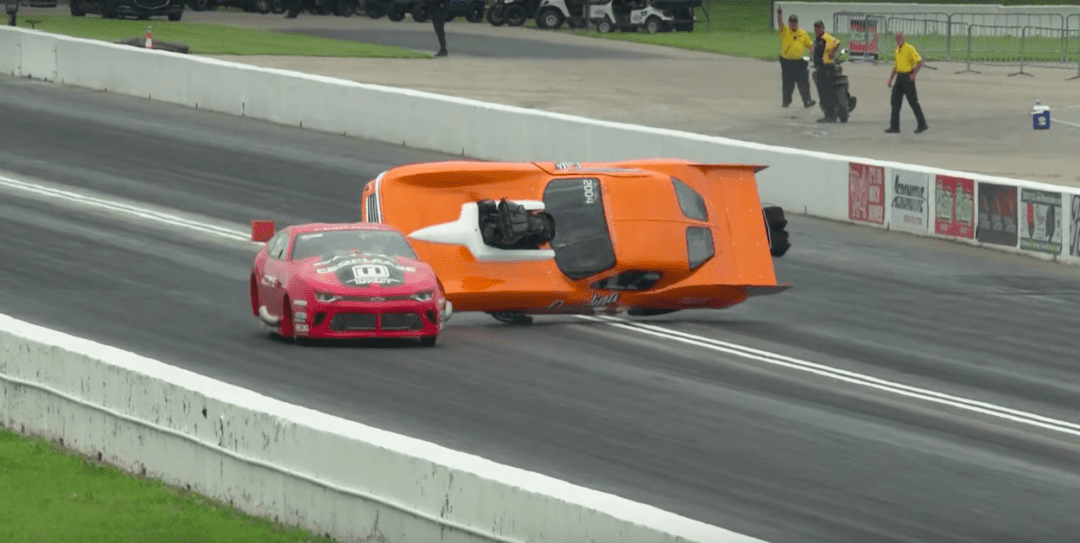 A strong run by Erica Enders in her turbocharged Elite Motorsports Camaro made sure things didn’t get a lot worse during a first-round Pro Mod matchup with Jeremy Ray at Sunday’s NHRA Heartland Nationals at Heartland Motorsports Park.

Ray got loose near half-track, went left and then darted back to the middle, shooting across both lanes and going hard into the right wall. He narrowly missed Enders, who went a strong 5.808 at 258.57 mph to claim the first-round win and just escape colliding with Ray, who got out of the car under his own power.

“He’s a blower car and I was a little behind at the start of the race, but as my boost starting rolling in, I got up next to him and could see him out of my peripheral vision,” Enders said. “I saw the right corner of his car turn and I could see him come across. Fortunately I was on a good run.” 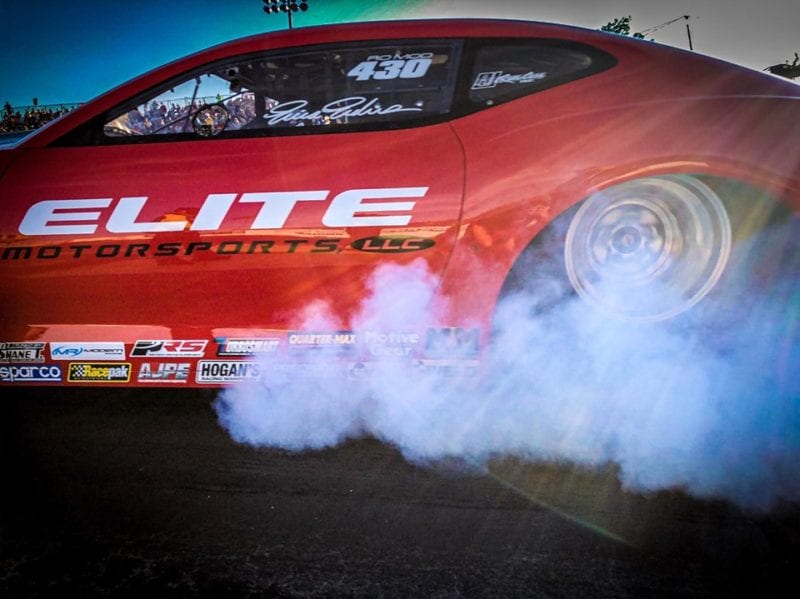 It was the first run of a wild first round in Pro Mod, which also included Enders’ Elite Motorsports teammate, Alex Laughlin, crashing into the wall and Todd Tutterow colliding with Steven Whiteley just past the finish line.

In the midst of her race with Ray, Enders said she was simply trying to concentrate on finishing off a solid run to escape any potential damage.

“Right at half-track, you’re going almost 210 mph, and it’s a hairy ride when all goes well. To still try to focus on what you’re doing and know the other car is in trouble, it’s definitely interesting,” Enders said. “It all happened really fast. I’ve not seen that happen beside me before. All kinds of things could have happened, but I’m just thankful Jeremy, Todd, Steven and Alex are all okay.”

Enders, who qualified eighth with a 5.877 at 257.14, and her team regrouped with another good pass, going 5.833 at 260.11 in a losing effort against eventual winner and points leader Stevie Jackson.

It marked yet another 260 mph-plus run for Enders and her team, a sign that things are rounding back into form in Pro Mod, especially after back-to-back first-round losses in warmer conditions at Atlanta and Virginia.

Things were decidedly different in Topeka, as Enders put together a string of consistent passes in qualifying and had two more strong runs during eliminations. It’s the start of three straight race weekends in Pro Mod before a lengthy two-month break, and Enders, who stayed ninth in points, is confident the team is back on track.

“We had a really respectable run against Stevie and I like that we were able to go out and run consistently like that,” Enders said. “We’re going A to B, and we have a fast car, so that’s definitely good. We’re still learning and working on it, and it’s just getting my car to the point where it’s happy. But I feel like the program is moving in the right direction. We’ll go into Bristol and try to keep improving.”

The E3 Spark Plugs NHRA Pro Mod Drag Racing Series presented by J&A Service continues June 14-16 at the NHRA Thunder Valley Nationals at Bristol Dragway in Bristol, Tenn. It is the seventh of 12 races during the 2019 season.