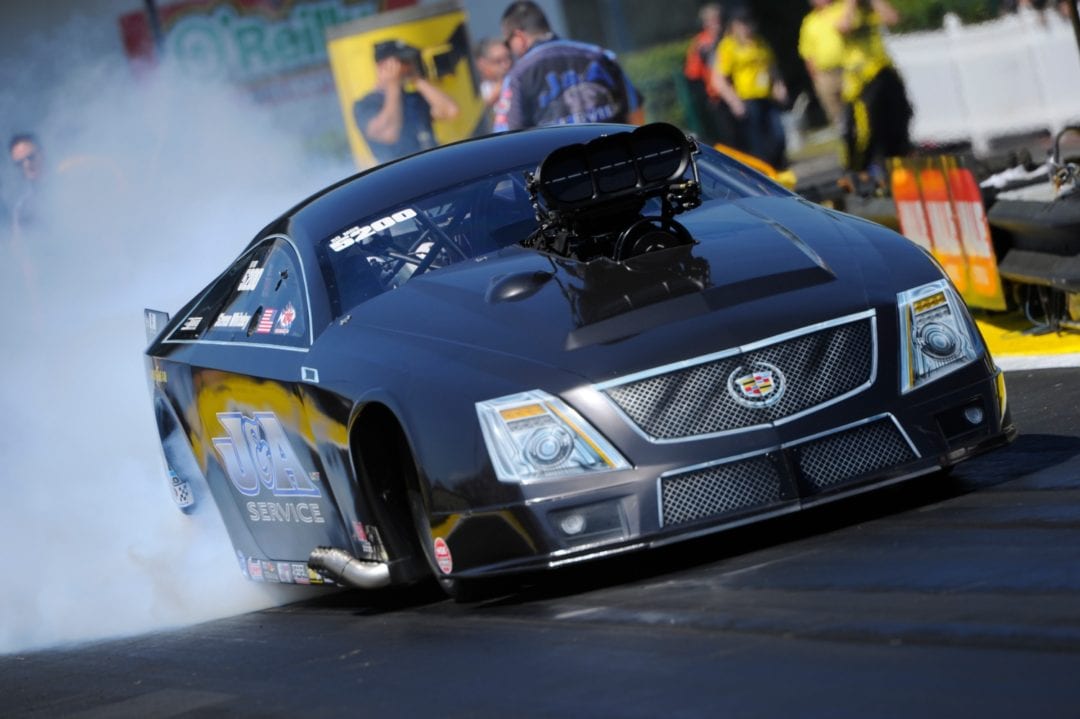 Steven Whiteley raced to his first NHRA J&A Service Pro Mod Drag Racing Series event win at their portion of the Amalie Motor Oil NHRA Gatornationals Sunday at Gainesville Raceway. This weekend’s Pro Mod racing was presented by Jerry Bickel Race Cars, Inc. and is the first of 12 races on the season.

The Whiteley family was able to celebrate the victory in style as his mother Annie won the Top Alcohol Funny Car event on Sunday as well.

“It doesn’t get any better than this. It’s such a blessing being in the winner’s circle with my mom,” Whiteley said. “I can’t express how thankful I am. Not only for J&A Service on a couple of accounts. They sponsor this series, but it’s more intimate than that, at least for me. You know, J&A Service, that’s Jim and Annie Whiteley, that’s Mom and Dad. These guys don’t understand how much more this hits me. I just let the clutch pedal go. My guys make this happen. I cannot thank them enough.”

Also during the course of the racing action Eric Latino recorded a national elapsed time record with his pass of 5.727 seconds in his losing run of semifinals.