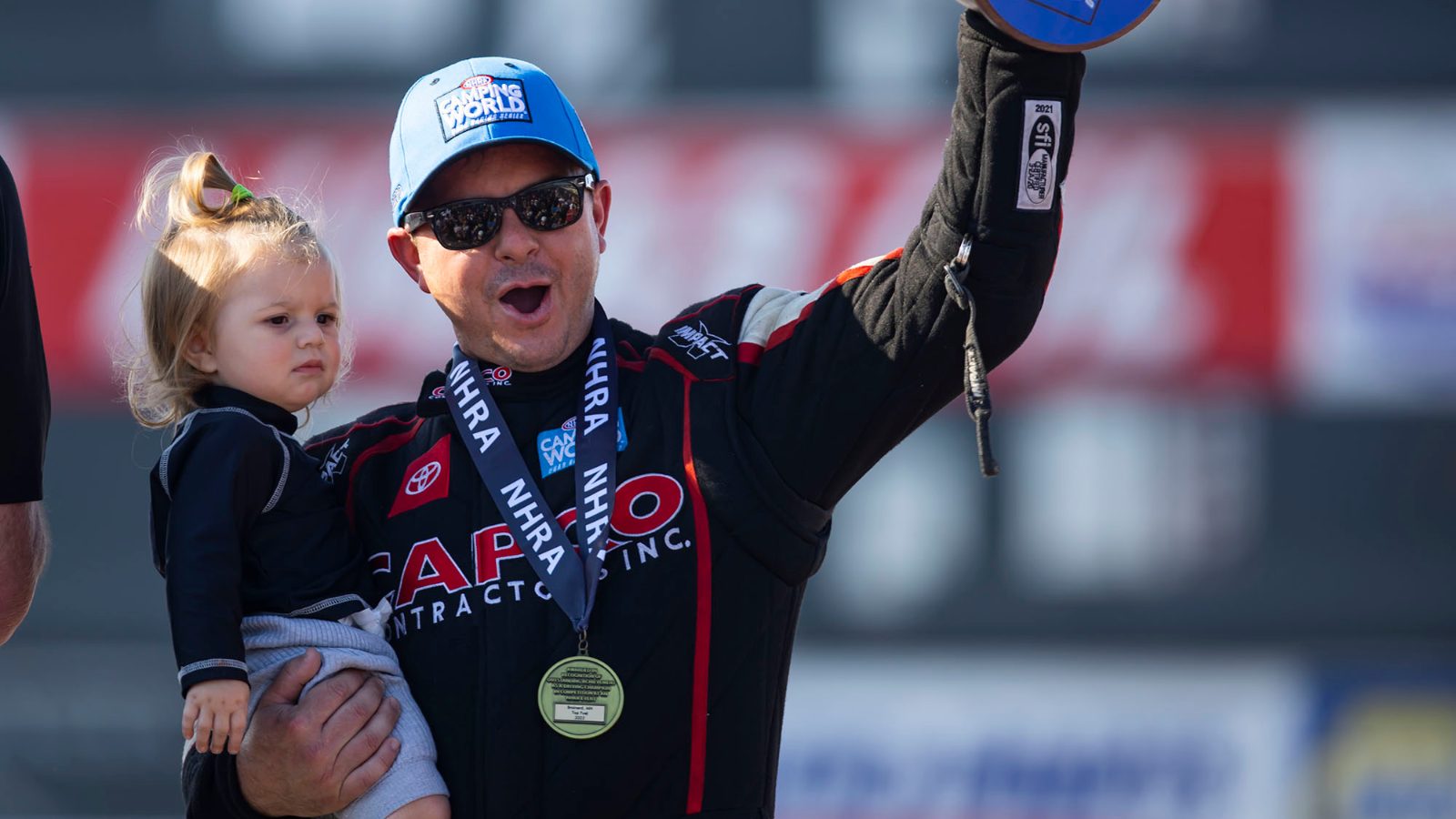 As defined by Mirriam-Webster, an oasis, in addition to being “a fertile or green area in an arid region” can be anything “that provides refuge, relief or pleasant contrast.”

For four-time reigning Top Fuel World Champion Steve Torrence and his Capco Contractors team, that oasis is ZMax Dragway, site this week of the 14th Betway Carolina Nationals, second race in the NHRA’s Countdown to the Championship.

Poised this year to become just the fourth pro driver in NHRA history to win as many as five straight series championships, Torrence is thirsting for the kind of performance that could negate the 56-point deficit with which he will begin qualifying on Friday.

Relief certainly could come on the all-concrete surface on which he has won six times in his last nine appearances while compiling a 23-3 round record.

“The longer you’re on top, the harder it is to stay there,” Torrence said of his situation, “but I’m a very competitive person and so are these Capco Boys. We’re a little further down (in points) than we’d like to be but we’ve had a lot of success at Charlotte and we’re coming in with a car that’s showing a lot more consistency.”

Further cause for optimism is the competitive return of the second Top Fuel Toyota driven by Capco founder and CEO Billy Torrence, an eight-time pro tour winner who sat out last week’s Countdown opener at Reading, Pa.

“It’s always better when my dad’s racing,” the younger Torrence said. “We’ve been racing together since I was just a kid.  It’s something we’ve always done as a family. The only thing that’s changed is the size of the family. Now, in addition to my dad and Momma Kay, we’ve got an extended family of Capco Boys plus (my wife) Natalie and (daughter) Haven Charli.”

After winning 44 of 97 starts from 2017 through 2021, the younger Torrence has put up far less spectacular numbers this year while crew chiefs Richard Hogan and Bobby Lagana Jr. have worked to implement a new set-up designed to mollify the performance advantage enjoyed by regular season champion Brittany Force.

“It was necessary,” the 39-year-old cancer survivor said of the change. “You can’t sit still in this sport.  You can’t rest on past results. You have to get quicker; you have to get faster.”