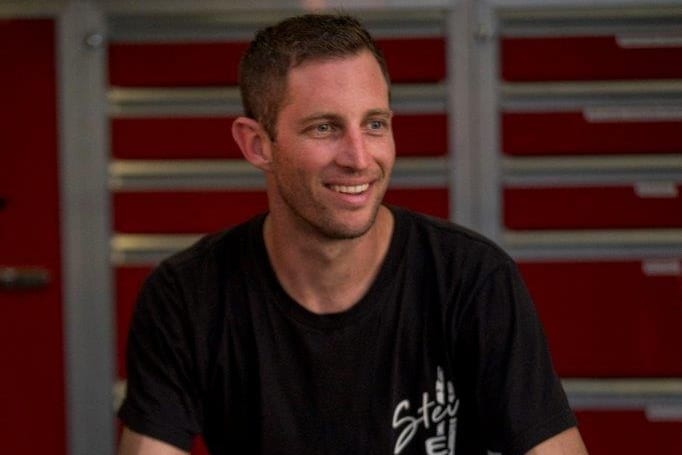 Over the course of the last month Australian Pro Mod racer Steve Easton and the Patriot Pro Mod team have made amazing strides picking up two wins and running a career best elapsed time. On September 22 Easton picked up his second win of the season at D.A.D.’s Big Tire Outlaw at Quaker City Motorsports Park.

“It was an amazing weekend at Quaker City Motorsports Park. I love driving this Patriot Pro Mod race car. We put so much work into it over the summer and now it is tune-able and it is only getting quicker. I have to thank this whole team and especially owner Cor Valentyn,” said Easton after the win.

The last weekend in September at Dragway 42, the site of Easton’s first win this year, the young Australian powered the Patriot Pro Mod to its best run of the year, a strong 3.91 second run at 188 mph. It was an impressive run, ultimately standing as low ET of the event, but due to cold weather the event was called for safety.

“Mate, this Patriot Pro Mod was flying again at Dragway 42,” said Easton. “Unfortunately it just got cold. We were the only car that got down the right lane but it got cold and the dew started making the race track unsafe. I am glad they made the call but it was tough to not get to make more runs”

As the summer turns to fall and cooler temperatures become more prevalent the Patriot Pro Mod team decided to park the car for the rest of the season. Easton is enthusiastic about the season and his prospects for 2019.

“We made great strides with the Patriot Pro Mod team and I have to thank Cor as well as all our sponsors,” said Easton. “We picked up a lot of speed and ET as well as positive feedback from the fans at every track or appearance. I also feel like I learned a lot as a driver and tuner this summer so I’ll be even better in 2019.”