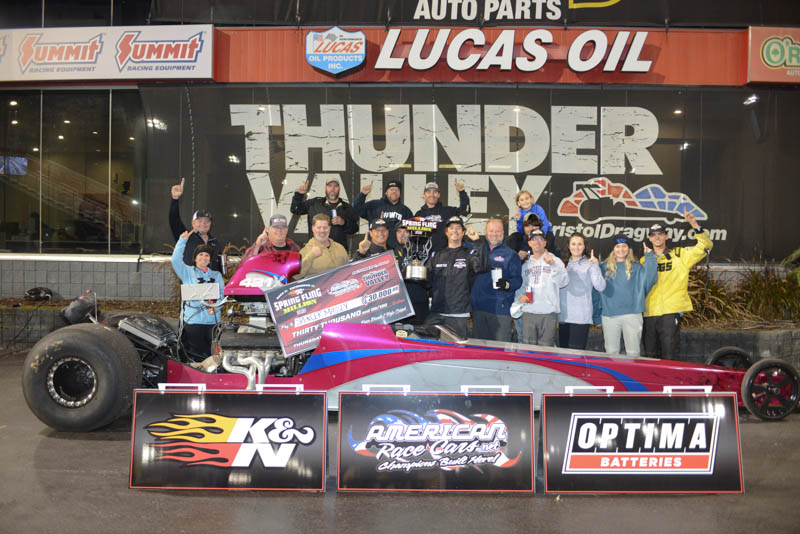 After a long day on Wednesday at the K&N Spring Fling Million presented by Optima Batteries, which actually bled into the early hours of today, Day 2 began with the much anticipated Young Guns vs. Has Beens one shot shootout.

Sixteen previously chosen young and has been competitors faced off against one another. The team which turned on the most win lights were presented with a check for $8,000 to be shared courtesy of JEGS. The Has Beens are far from “once was” with a number of former world champions and they represented their team well. But after a 4-4 tie, each team chose one driver to break the tie with one more run. The Young Guns chose Gage Burch, while Pete Biondo represented the Has Beens. And by .001, Burch scored a big win for the Young Guns. 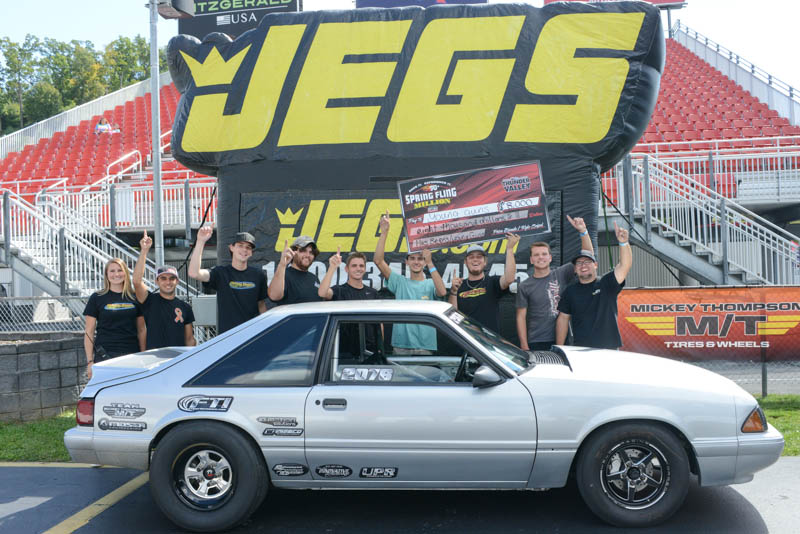 Final round, both Massey and Barclay were close in reaction time but it was Massey who has won numerous times in both the NHRA Top Fuel and Top Alcohol Dragster ranks, a man who laid down a dead-on the dial with a “1” to earn his first and just as important Spring Fling trophy in addition to $30,000!

To close out the day, the American Race Cars/Todd’s Extreme Paint Dragster Shootout that was originally scheduled to be run Tuesday, was completed tonight with Rob DiMino taking home to Pennsylvania the beautifully prepared and painted new car. 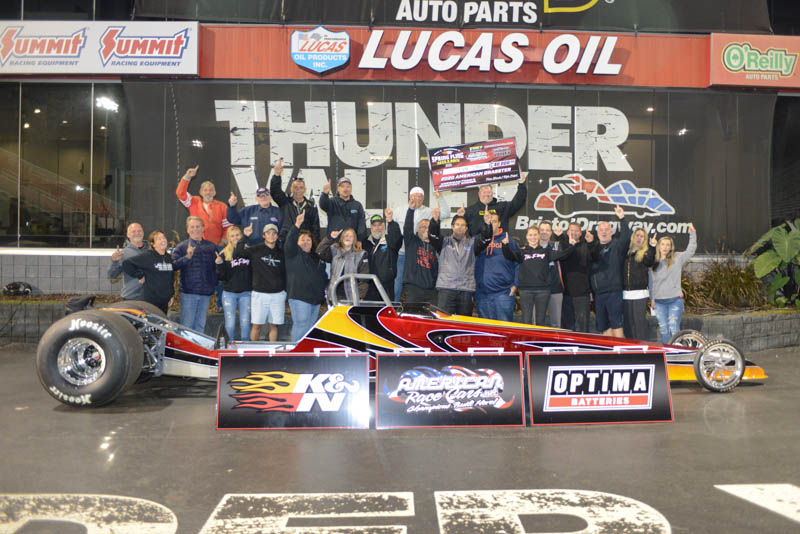 Million Dollar Friday opens up tomorrow with the event presented by Maytag/Silverstate Refrigeration. One person’s life will undoubtedly change with a win on Million Dollar Friday, joining Jeff Verdi, Luke Bogacki, Randall Reid and Peeps Pennington as a winner of the Spring Fling Million.

MotorManiaTV.com has continued to live stream the entire event thanks to Mickey Thompson Tires and JEGS. They’ll continue to do so for the balance of the event. For all info and results, visit bracketraces.com.