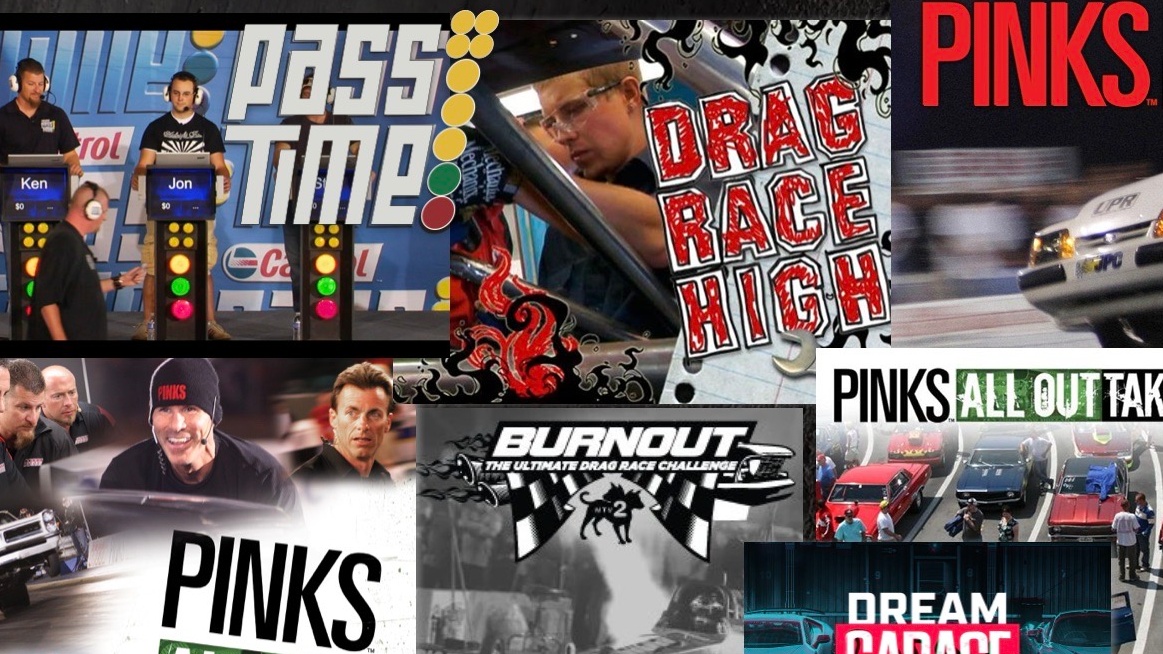 The talent behind PASSTIME, Drag Race High and Pinks! All Out are thrilled to announce the launch of SPEEDtube (SpeedtubeTV – YouTube), a reawakening of classic automotive and motorsports TV shows once followed by millions of enthusiasts on Speed channel, and new content sure to please all speed demons and fanatics alike.

Launching today, SPEEDtube will debut with fan-favorites such as PINKS! Lose the Race, Lose your Ride, PASSTIME, PINKS ALL OUT, PINKS ALL OUT OUTTAKES and Drag Race High, with additional episodes being added every Tuesday and Thursday.

Upcoming shows include 4X4 Garage, BURNOUT, Gearheads and Dream Garages, plus all-new programming from race coverage to motorcycle building and everything in between.

“We are bringing back the classics and are producing new, original shows to satisfy even the most die-hard fans of all things speed,” said Brian Bossone, Founder of Boss One Media, SPEEDtube’s parent company.  “We have discovered in recent years that there is an audience clamoring for these shows and we wanted to give them what they want.”

Bossone, a former custom automotive shop owner and hot rod enthusiast, got into television when he appeared on the Popular Show PINKS. He was so good on the show they asked him to bring his expertise and talent as a cast member on PINKS ALL OUT. From then on, the automotive entertainment hook was set.

Bossone’s new head of content development at Boss One Media is none other than Ray Iddings, the producer of popular automotive programming, including PASSTIME, Drag Race High, IHRAs Nitro Jam and many others.

All programming on SPEEDtube will air on its YouTube channel and will be free of charge. New shows will be added and updated on a consistent basis.  For more information, please visit www.SPEEDTubetv.com.

PINKS! Lose the Race, Lose your Ride: PINKS pits contestants in a best two-out-of-three format, with the loser handing over the title (pink slip) to his or her vehicle.

PINKS ALL OUT: Hundreds of the best drag racers in the country bring their “A” game to the track in search of glory and their share or $18,000 in cash and prizes.

PINKS ALL OUTTAKES: Coming off the success of “Pinks All Out” this series goes behind the scenes of the tournament race event to explore what a phenomenal success the “Pinks” series has become.

Drag Race High: There is pride and glory at stake as two rival high schools battle it out in shop class and on the track.

BURNOUT: Two Technical school hot rod classes battle it out in the shop and on the track for bragging rights and scholarships, and oh by the way the losing car gets crushed.

Gearheads: Its Blood, Sweat and Speed as a shop in Houston Texas takes ordinary streetcars and turns them into one of a kind beasts.

Dream Garages: Dream Garages is about beautiful car collections and the eclectic buildings they are housed in.

Plus many new shows from race coverage to motorcycle builds to everything in between.