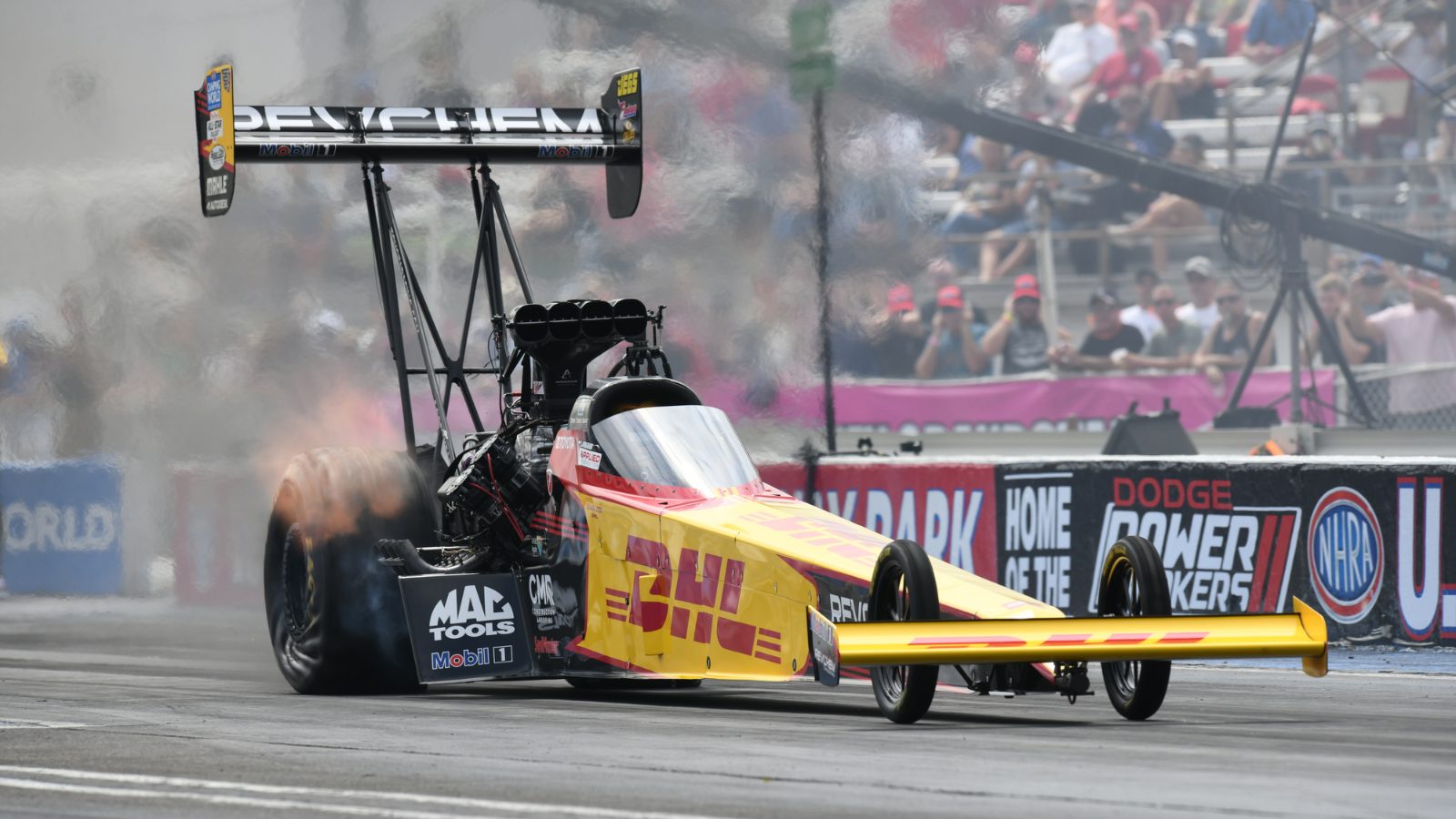 The 68th U.S. Nationals was Shawn Langdon’s chance to pick up his second Top Fuel win at the most prestigious drag race in the country and his third overall at the NHRA’s oldest national event. Langdon was racing the DHL Toyota dragster looking to improve his points position at the final regular season race of the season before the NHRA’s six-race Countdown starts in two weeks at historic Maple Grove Raceway. Through three days of qualifying that saw one of the five scheduled sessions face cancellation because of rain Langdon qualifying No. 15 in the quickest Top Fuel field in NHRA history. Two dozen of the quickest and fastest Top Fuel dragsters from across the country were vying for one of sixteen spots in the Monday race day field.

In the opening round Langdon squared off with Toyota teammate Justin Ashley, the No. 2 qualifier. In an epic race between two of the best drivers off the starting line it was Langdon taking the advantage with his DHL Toyota dragster leaving first with a strong .033 reaction time. His lead was short-lived as Ashley moved around him and crossed the finish line with a winning time of 3.690 seconds over his 3.788 second run. It took the quickest pass of the first round to end Langdon’s day.

“This wasn’t how we wanted our U.S. Nationals to go but we have six races to get after it for the championship,” said Langdon. “There is no quit in this DHL team. I won Reading when I won the championship in 2013 so I have great memories from that track.”

As the regular season wrapped up today Langdon will once again race for the Top Fuel championship entering the Countdown in eighth place. With six races on the schedule Langdon will only be 80 points out of first place when the series resumes in two weeks at Maple Grove Raceway.