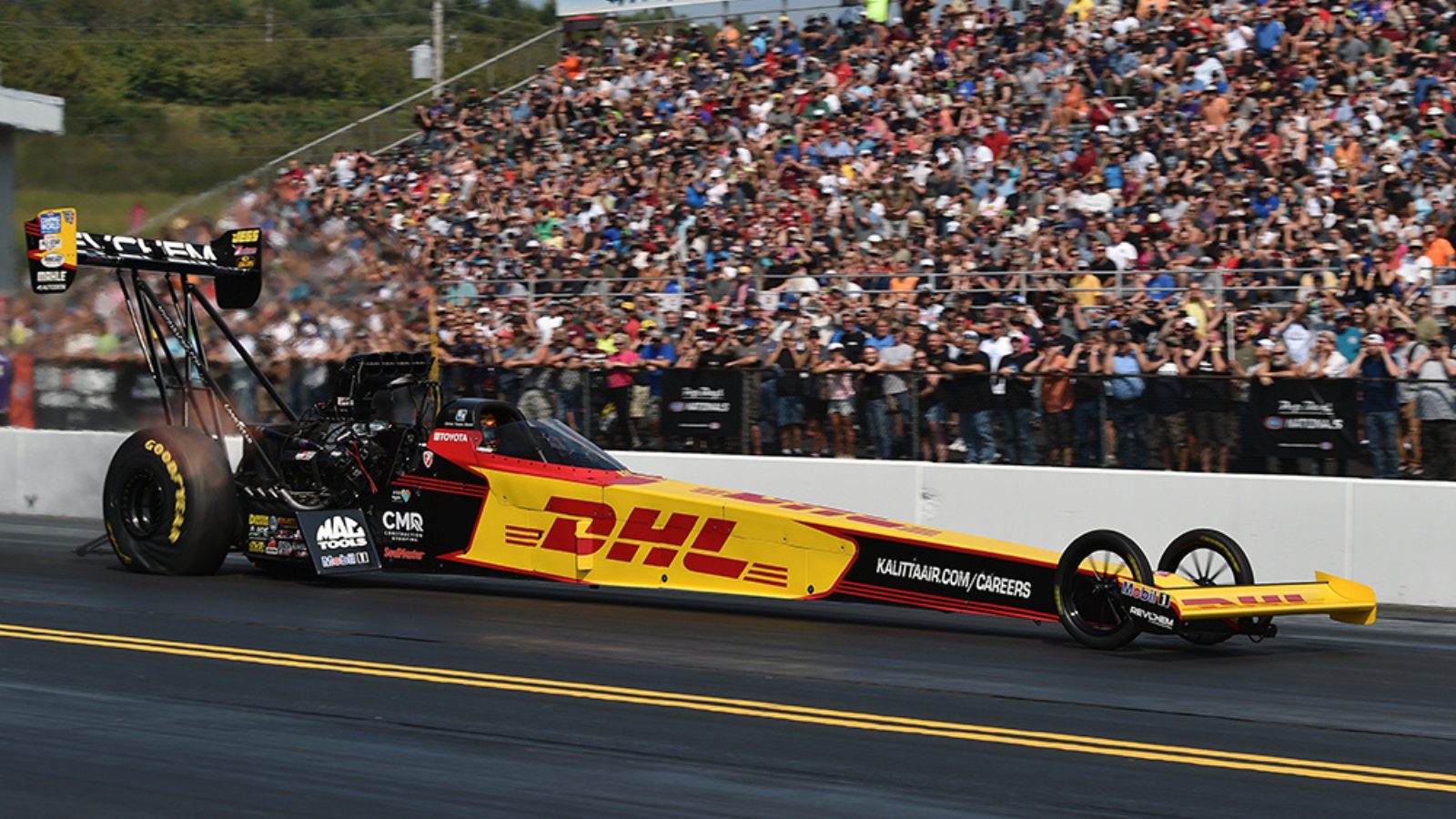 Entering race day at the Reading NHRA Nationals at a remodeled and packed Maple Grove Raceway Shawn Langdon and the DHL Toyota Top Fuel dragster were qualified No. 12 and looking to improve their championship position. Following two days of qualifying runs Langdon, the 2013 Reading Nationals Top Fuel champion, was primed for a long race day to open the Countdown.

In the opening round Langdon was racing the No. 5 qualifier Steve Torrence and fellow Countdown contender in a tough match-up. Following a lengthy delay to get the first round started Langdon and Torrence were the next to last pair of race cars to hit the starting line.

Recognized as one of the best drivers off the starting line Langdon took a reaction time advantage his trademark throughout the season as soon as the tree flashed. Unfortunately, Langdon’s 11,000-horsepower land rocket overpowered the track and smoked the tires. Langdon let his race car settled down and re-engaged the throttle looking to chase down Torrence who was pulling away, but he was unable to make up the distance deficit.

“Every race is critical and that was a tough loss,” said Langdon. “If you want to make a move in the points you need beat the other Countdown cars. We missed that opportunity today, but we will get right back at it in Charlotte next week.”

As the dragsters crossed the finish line Langdon’s 5.901 second pass was just behind Torrence’s 3.740 second run. Langdon and the DHL Toyota team will be back on track in a week at the Charlotte Nationals at zMax Dragway for the second race of the Countdown.