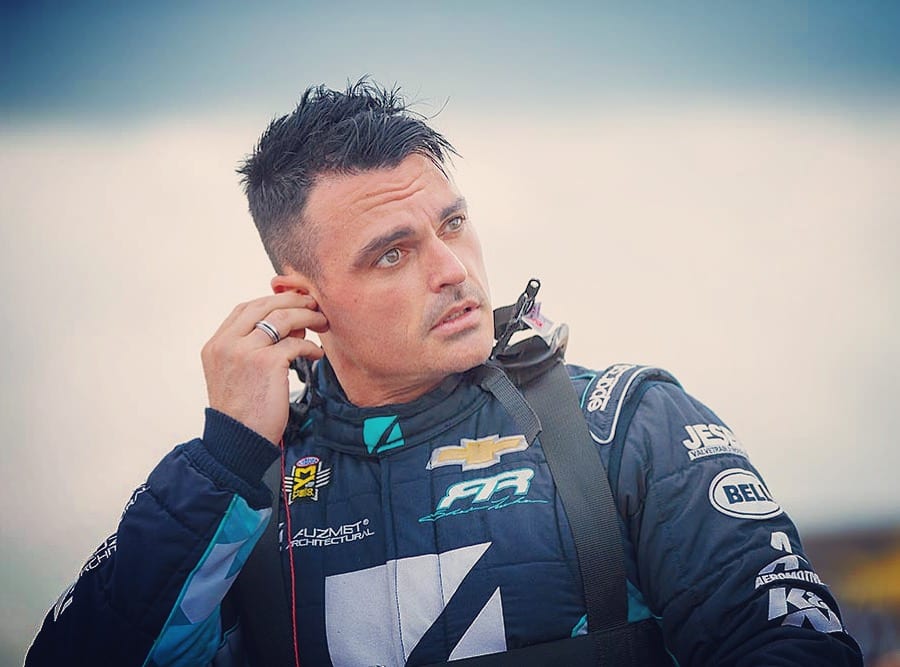 Dallas, Texas has become the adopted home for Australian businessman and Pro Stock racer Shane Tucker. He has built a successful commercial façade business, Auzmet Architectural, just minutes from the ever expanding Dallas skyline. With projects completed and under construction across the state the 33-year old does not have much free time. What spare time the NHRA professional has he spends behind the wheel of his Auzmet/Structglass Pro Stock Chevrolet Camaro and this weekend Tucker will be racing at his home track in front of family, friends and a host of business associates at the AAA Texas NHRA Fall Nationals at the Texas Motorplex.

“This is always our biggest race of the season. We invite almost 100 business partners plus the guys from the fab shop to come to the races and have some fun. This year we are introducing a new product, Structglass, before the race and we’ll be promoting that on the Camaro all weekend,” Tucker said.

This will be Tucker’s second race in 2018. In September he took on the biggest race of the year the Chevrolet Performance U.S. Nationals in Indianapolis and just missed making the highly competitive field. Starting the season at the biggest and richest NHRA national event is just the sort of challenge that drives Tucker’s competitive attitude but he is also a realist. 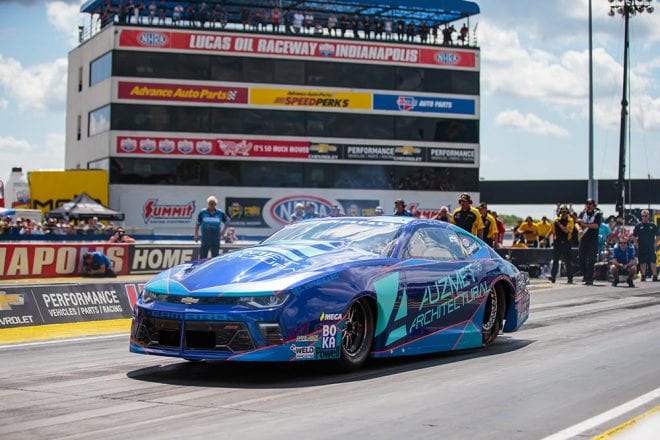 “We brought the race car out for the U.S. Nationals and had some struggles. We hadn’t run the car in almost a year but we gave it 100 percent. The best part of the weekend was working with my dad Rob and being around the crew guys. It really got me fired but for the race at the Texas Motorplex. We made some changes on our motor program so I have a lot of confidence coming into the race weekend,” added Tucker.

Tucker has built his Pro Stock team with his father who lives in Charlotte, North Carolina, and the duo have campaigned a Chevrolet Camaro Pro Stock on the NHRA Mello Yello Series since in 2014. Balancing the business and racing career was a demanding but exciting prospect for Tucker and he has enjoyed the challenge. He has managed to mix his two passions beyond the race track as well working on projects in the DFW area for Summit Racing Equipment and Traxxas.

“I am an incredibly competitive person in everything I do,” Tucker explained. “I love racing and I grew up around it with my dad Rob. Getting the chance, even for just a few races a year to take on the best in the world is something I can’t pass up. We have also used our racing program to network with other businesses and have had a lot of success away from the track.”