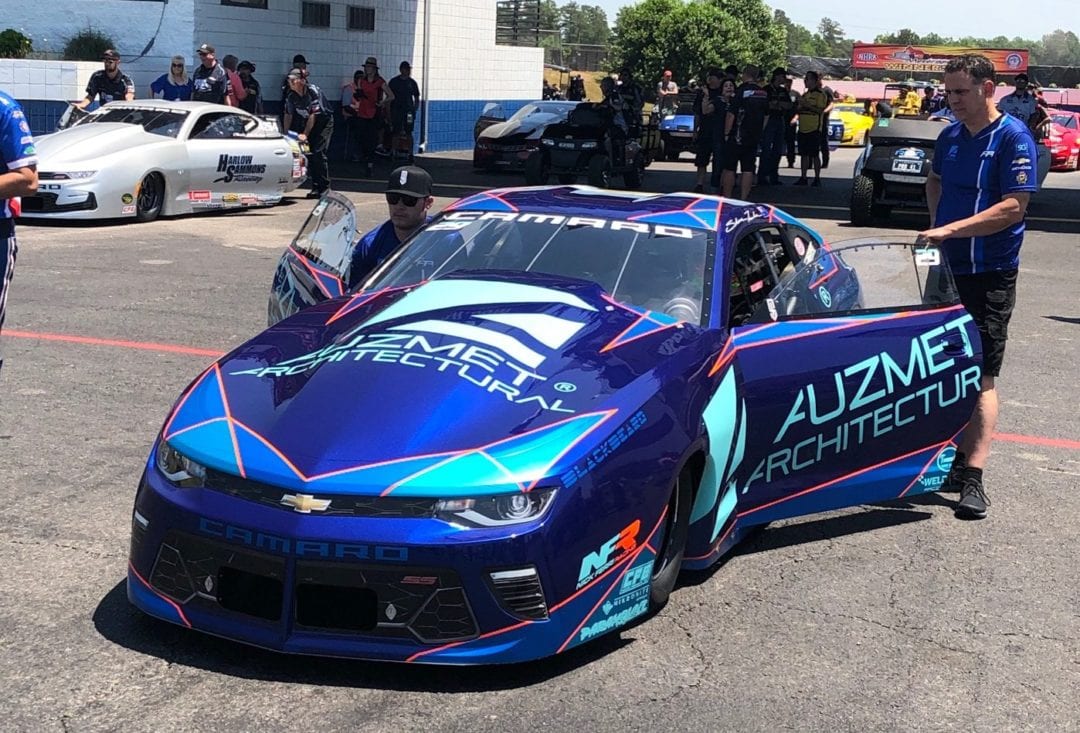 Shane Tucker and the Auzmet/StructGlass Chevrolet Camaro team have begun seeing steady performance improvements on Friday and Saturday over the past three NHRA national events. The young Australian’s qualifying efforts have inched upward and as his crew chief Rob Tucker continues to accumulate data the team will only become more competitive. Tucker is excited to be returning to Route 66 Raceway for a variety of reasons most notably it is the site of his best day as a NHRA Pro Stock racer.

In 2014 during his rookie season campaign Tucker powered his Chevrolet Camaro to a semifinal finish at the Route 66 NHRA Nationals after defeating Pro Stock heavy-weighs Chris McGaha and Erica Enders in the first two rounds. He was narrowly bested by Vincent Nobile in the next to last round of race day.

“I had a great race car and we were running really well in 2014,” said Tucker. “We came close in Chicago and because of that I have to say Chicago is one of my favorite tracks. I am looking forward to getting back there this weekend especially with the race car I have now. I have to thank Nike Ferri and my dad Rob Tucker for all the hard work they have put into this Auzmet StructGlass Chevrolet Camaro.”

Two years ago Tucker returned to Chicago and qualifier No. 14 before losing to Drew Skillman in the first round. In that race Tucker had a near psychic reaction time of .015, best of the first round, but he was overpowered by Skillman down track.

“I always prided myself when I started racing on the part-time schedule that I would do my best on the tree for a reaction time advantage,” said Tucker. “That was one thing I could always control. I continue to really focus on giving my team every advantage and that means being aggressive. Sometimes it works for us and sometimes it doesn’t.”

Earlier this season at the historic Gatornationals Tucker stole a first round victory with a hole shot win over Matt Hartford and he nearly grabbed a second round win over Kenny Delco with a sizable reaction time advantage. While stellar reaction times give a driver a lot of confidence it is a slippery slope and one that Tucker found himself sliding down in the first round of the Virginia Nationals two weeks ago. Tucker red-lit in the first round against veteran driver and multi-time world champion Greg Anderson.

“That was a tough one,” explained Tucker. “It was simple driver error. I got too aggressive and it cost us. I am not sure we would have been able to out run Greg but I took that chance off the table when I red-lit. You have to be aggressive and I just over did it. I apologized to my guys and we’ll be ready for Chicago.”