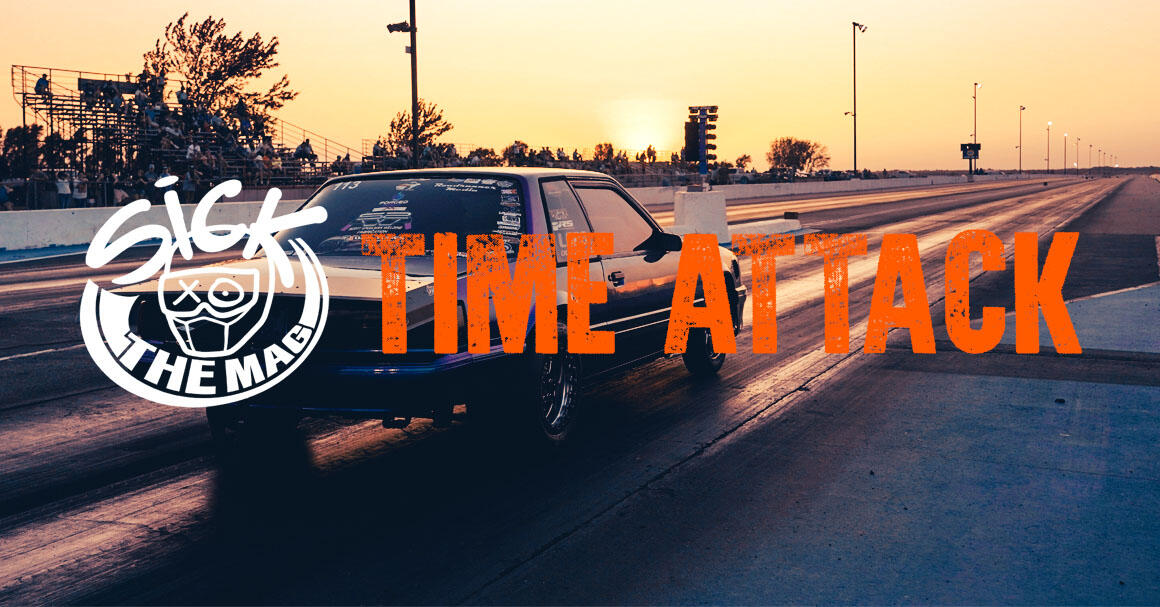 Ten o’clock in the morning on a Thursday is hardly drag racing prime time, but at Milan Dragway in Michigan on August 11 there will be some truly legendary American street cars making runs. And the best part? You’ll be able to watch for (almost) free.

The event is Sick Time Attack, and it’s part of Sick Nights, a three-day long car cruise organized by Bailey, who you may remember as the promoter of the highly successful Sick Week earlier this year.

“It’s not often you’ll see all these cars together outside of a drag-and-drive event, let alone on a Thursday morning,” Bailey laughed. “This is all about some car guys having some fun for charity — a glorified test and tune is what we have called it. We’re going to race to see who can get the quickest time of the day, and I think there might be a few grudge races too. Even though it’s an odd time of the week, we’d love to have as many people on the property as we can to raise money for the Epilepsy Foundation of Michigan and Bubba’s Buddies (Degenerative Myelopathy).”

Sick Nights is basically a three-day long, very casual car cruise. It begins on Wednesday night with a free car show at Sick Pizza in Oxford, Michigan, where there will be pizza and beer available for a donation to two great causes, the Epilepsy Foundation of Michigan and Bubba’s Buddies (Degenerative Myelopathy). Then there is Sick Time Attack at Milan Dragway on Thursday, before Sick Skids takes place at M1 Concourse in Pontiac, Michigan on Friday, featuring a burnout competition.

If you’d like to play at Sick Time Attack, you can do that too. Tech cards are $100 and all proceeds go to charity. Enter here: https://tickets.thefoat.com/sickthemag/Sick+Time+Attack+at+Milan+Dragway/tickets/id-Q0R5zNYs8xA_/