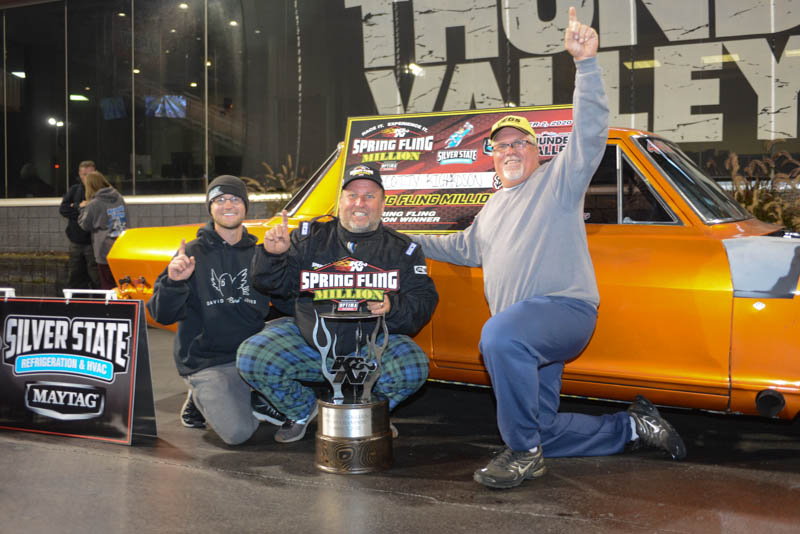 After a chilly night, what was supposed to be the final FTI Saturday $30,000-to-win race had the schedule somewhat altered yesterday when falling temperatures forced the postponement of Friday’s Million Dollar race.

“After the completion of the second round yesterday,” said co-promoter Pete Biondo, “we chose to err on the side of caution when track temperatures began to fall. Wanting to give our racers everything we promised, we made the decision to continue the event on Saturday, with some key changes.”

Saturday morning first brought the patented Spring Fling Reaction Time Challenge where seven racers earned some cash, the most notable being Mike Barber who scored a perfect reaction time (.000) which earned him $1,000. He was given a second chance and should he have recorded another .000, it would have earned him $10,000, a feat he was unable to repeat, but still receiving the grand. Six other drivers; Dan Fletcher, Allen Byrd, Ken Batchelor, Slate Cummings, Shane Molinari and Michael White; all recorded .00X reaction times to receive $100 each. 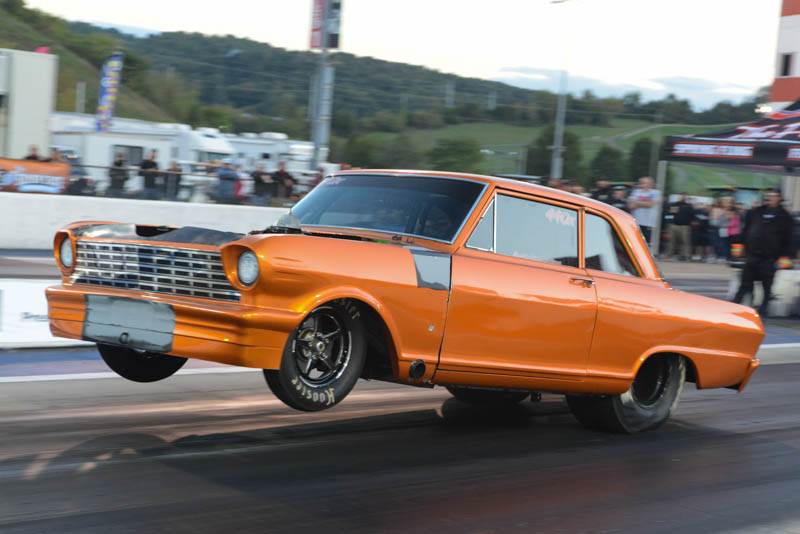 Next up was the first round of FTI Saturday’s $30-grander with the balance of that race to be completed on Sunday. And back into the third round of Friday’s Million Dollar main event with tough racing in every pair of cars.

Round seven and Thompson took out Diggs; Richardson over Plott; Folk over Woodring; and finally Bertozzi over Manuel; with Cultrera on the bye.

Quarterfinals and the winners moving on were Cultrera, Folk and Richardson with Richardson earning the last remaining bye run in the semifinals to advance straight to the final, waiting on either Folk or Cultrera.

In that semi, Folk dispatched Cultrera and the final was set up. Folk versus Richardson. Illinois versus Kentucky. Two former NHRA world champions. Two great families. Both racers who are quite familiar with big dollar bracket racing.

With a 6.02 dial-in, Richardson left first with Folk hot on his tail with his 4.53 dial-in. Three-thousandths of a second separated them in reaction time and by only .003 at the finish line, Richardson added to his resume of championships won.

“This is one I really wanted to win,” he said after the final. “I know there’s a lot of good young racers out here, but I still have a couple of good runs in me. I have to thank my brother and his sons for putting this car together for me and the only thing which could have made it better, was to have my wife Savannah here with me.” 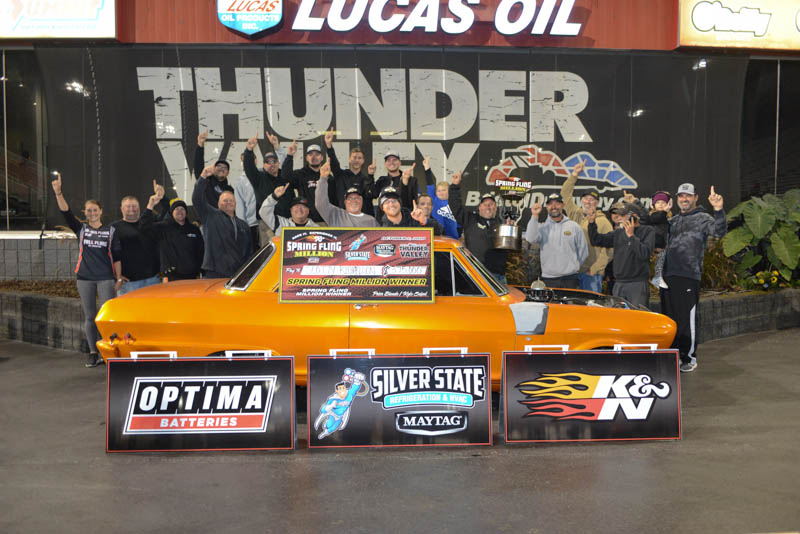 Besides the many events and championships he has won in the past, Scotty Richardson has added his name to the annals of Spring Fling Million history.

Today also marked the announcement that in 2021, the Fling brand will expand to a fourth event to be held August 24-28 at National Trail Raceway in Ohio.

In addition to live streaming the entire event thanks to assistance from JEGS and Mickey Thompson Tires, MotorManiaTV.com also produced several in-depth top end interviews in the later rounds of the race. For complete results and information on the Fling brand of races, visit www.bracketraces.com.