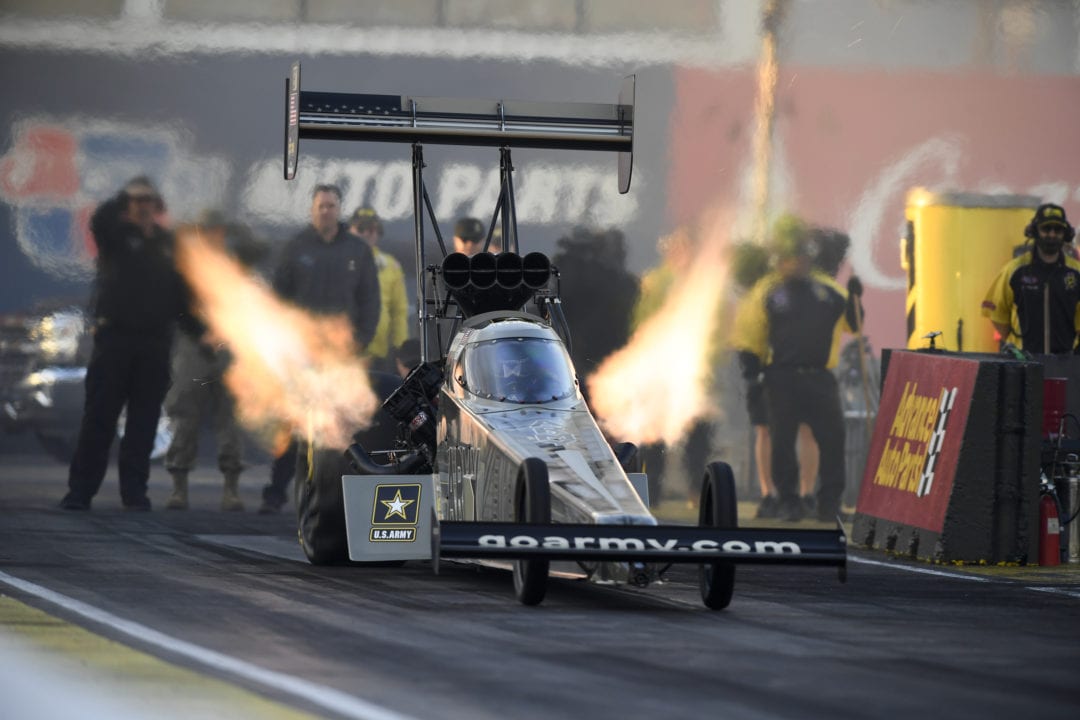 Schumacher led the category with a run of 3.649-seconds at 334.65 mph in his US Army dragster posted during the first qualifying session to initially set the Top Fuel speed record. Clay Millican followed up with a record-breaking speed of 335.23 in his Great Clips/Parts Plus dragster early in the second round of qualifying, which would only hold up for six pairs on this record-setting day.

Schumacher’s success continued in the second round as he reset the Top Fuel national speed record at 336.57 with a time of 3.667 seconds. The three fastest Top Fuel passes in NHRA history were all recorded on Friday at the NHRA Arizona Nationals.

“It’s only Friday in Phoenix and there is a lot of racing left to be done this weekend, but today tells me that we have an awful lot of power in this car,” Schumacher said. “Working with my crew chief Mike Neff this season continues to pay its dividends, and this team has really gelled so far.”

Beckman leads the Funny Car category with a run of 3.845 at 332.43 in his Infinite Hero Foundation Dodge Charger R/T recorded during his second pass of the day. He’s chasing the top position in Phoenix after qualifying third at the season-opening Winternationals. 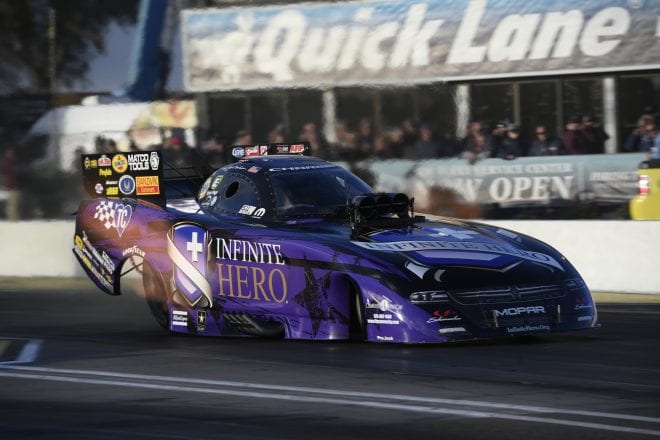 “When it’s this cold the tracks get so tricky, because it can get so cold that the window for hitting a great run closes,” Beckman said. “I like the fact that we were able to make great back-to-back runs like that, especially after we had some trouble with the car in the semifinals in Pomona.”

After earning a win in Pomona to start the season, Matt Hagan currently sits in sixth in the qualifying as defending category world champion Robert Hight is seventh entering Saturday.

In Pro Stock, Laughlin currently holds the top spot after driving to a 6.537 at 209.43 run in his Hot Wheels Car Care Chevrolet Camaro during his second qualifying pass of the day. He is aiming to secure his first No. 1 qualifying position of the season and the second in his career. 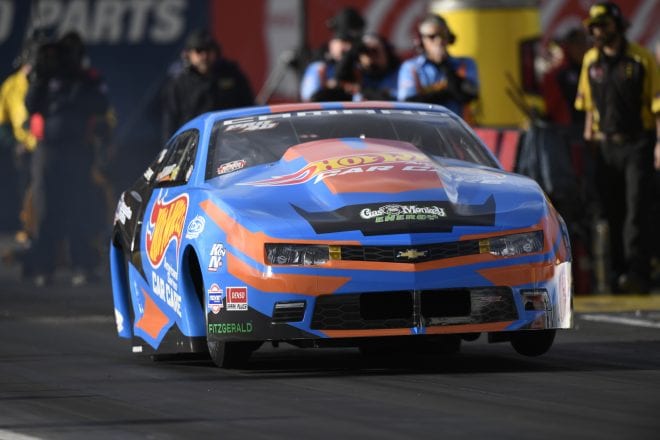 “It’s awesome to be able to go to sleep tonight as the current No. 1 qualifier,” Laughlin said. “Obviously anything can change tomorrow, but we ran stellar times during testing and I don’t know if it’s the car or the track but I definitely hope that we are finally connecting the dots.”

Defending Pro Stock world champion Bo Butner is currently qualified ninth, as he looks to continue his 2018 success after earning a victory at the Winternationals in Pomona.

Qualifying continues at 1:30 p.m. on Saturday.