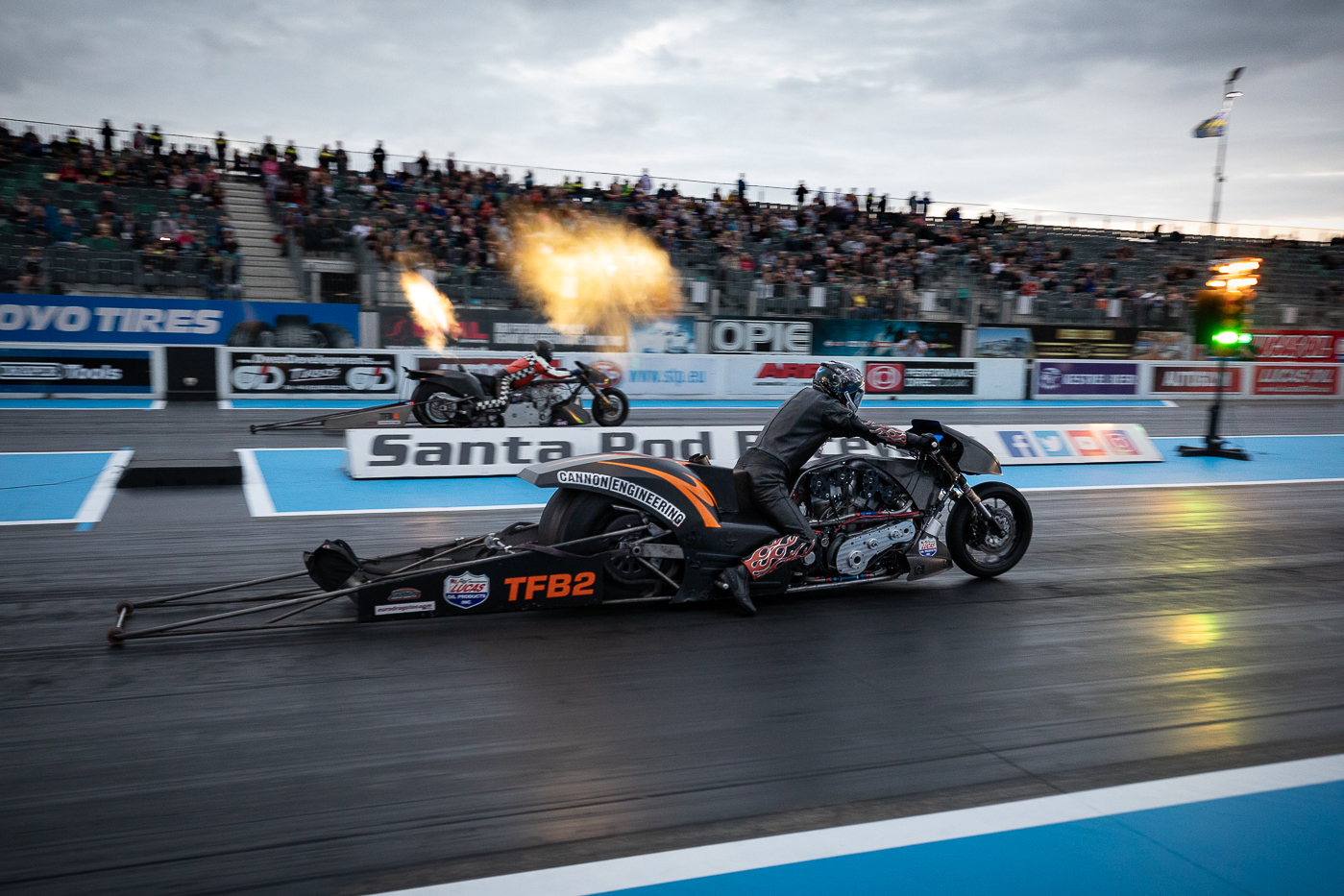 David Beitler photos
Santa Pod Raceway rolls international championship drag racing and a full family entertainment program into a single, spectacular weekend package at The Main Event from May 26-29.
A trio of Top Fuel Dragsters and a quartet of fuel Funny Cars highlight the fast and loud end of the on-track action, abetted by three Nostalgia Funny Cars, four Jets and a rocket-powered motorcycle from France. It’s not the first time that Eric Teboul has threatened to retire his record-setting rocket bike, but this may be the last time his astonishing, 280mph two-wheeler traverses the Santa Pod quarter-mile.
On four wheels, Top Fuel Dragster entries from Sweden and Finland will bid to break the 300mph barrier once again while four bellowing fuel Funnies battle it out in the second round of the Funny Car Cup.
Pro Modifieds are drag racing’s most powerful ‘doorslammers’ – ‘tin tops’ in circuit racing parlance – and Sweden’s reigning FIA European champion Jan Ericsson returns to Santa Pod for the first time since wrapping up the title there in 2019, the last time it was contested before Covid-19 set in. The final-round opponent whom Ericsson beat on that occasion to secure the crown, French veteran Jean Dulamon, is another contender on the full 16-car entry list bidding for early-season victory. Racers from the Netherlands, Switzerland, Estonia and Germany join seven of Britain’s best in a race also combined with round two of the Motorsport UK British Drag Racing Championship.

For those who prefer bass notes to their bike racing, five thumping nitro SuperTwin bikes visit from Europe, again for the first time since 2019. At the opposite end of the sound spectrum – silence – Denmark’s Hans-Henrik Thomsen and his electric bike set a new quarter-mile world record (6.869sec) on their first Santa Pod appearance in 2020 and, with fresh battery power on tap, will bid to bury that mark this weekend. This is not just the quickest electric bike on the planet, but the quickest electric vehicle full stop. 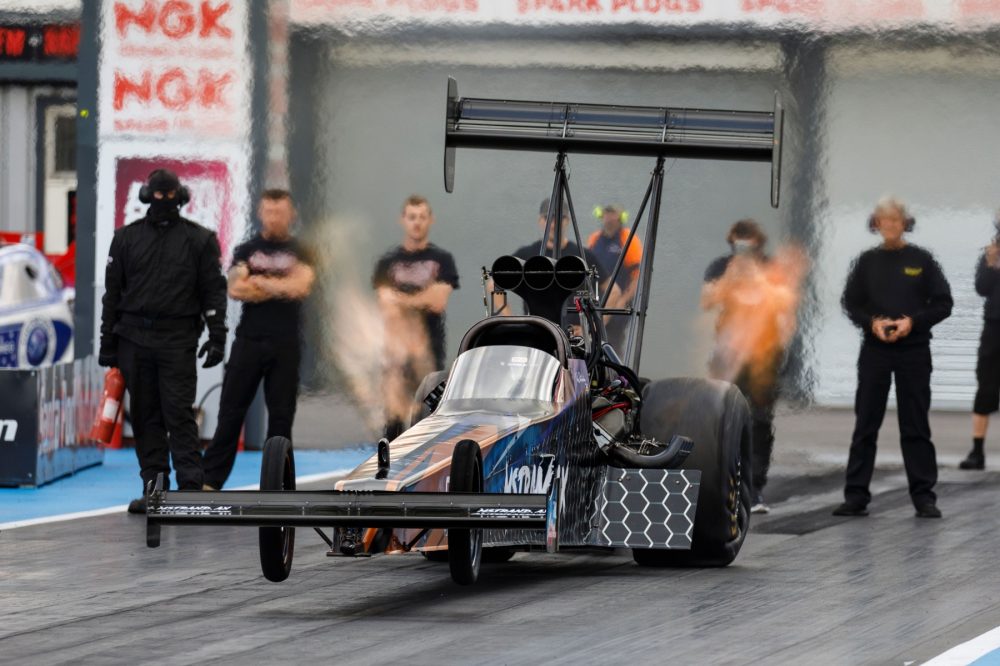 Alongside these highlights, The Main Event provides a complete, four-day programme of championship drag racing across the full array of classes ranging from the kids racing Junior Dragsters and Junior Bikes to the grown-up, 10,000-horsepower Top Fuelers.

And should anyone fancy a break from the frantic track action, there’s a circus in town.

Happy’s Circus presents four professional shows a day on Saturday and Sunday in a colourful, 600-seat Big Top, all included in The Main Event ticket price. It’s the latest addition to Santa Pod’s array of off-track family entertainments which include spectacular Live Action Arena shows (Monster Trucks, stunt driving and riding), aerial displays (RAF Battle of Britain Memorial Flight and the Jump Dogs parachute team) and the full panoply of funfair attractions, sideshows, rides, night-time music and performances, not to mention open paddock access for a close-up view of all the racing machinery.
The Main Event takes place from Thursday, May 26 to Sunday, May 29, 2022 at Santa Pod Raceway near Wellingborough NN29 7XA. Detailed event information is available at https://santapod.co.uk/main-event.php . Pre-book tickets online at https://santapodtickets.com/p/mainevent or by telephoning the Box Office at 01234 782828. There is no admission on the gate. Adult prices begin at £20 and children aged 5-15 cost £5 per day.