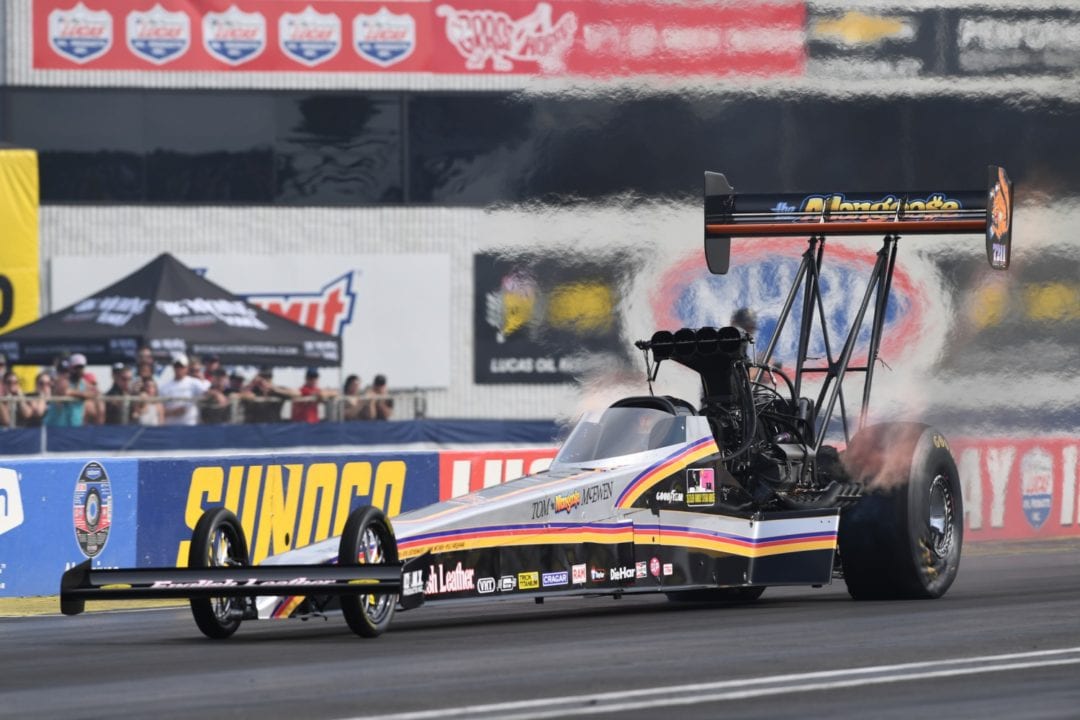 J.R. Todd (Funny Car), Tanner Gray (Pro Stock), and Eddie Krawiec (Pro Stock Motorcycle) were the provisional No. 1 qualifiers in their respective categories at the 18th of 24 events on the 2018 NHRA Mello Yello Drag Racing Series.

Salinas ran a 3.756-seconds at 321.04 mph during the first round of qualifying on Friday in his Scrappers Metal Racing dragster. This is his first appearance at the prestigious U.S. Nationals and is on the hunt for his first career No. 1 qualifier.

“We broke the track down into four increments,” Salinas stated. “We are trying to see how much horsepower we can put down at each portion of the track. This way we can be ready for Monday.”

Clay Millican is right behind him with his pass of 3.762 at 323.81 in his Parts Plus / Great Clips dragster and three-time world champion Antron Brown rounds out the top three in his Matco Tools dragster.

Defending event winner Todd powered to the top of the Funny Car class Friday evening with his run of 3.910 at 325.45 in his DHL Toyota Camry and it stayed strong through both of Saturday’s sessions. He is on the hunt for his first No. 1 qualifying position of the year. 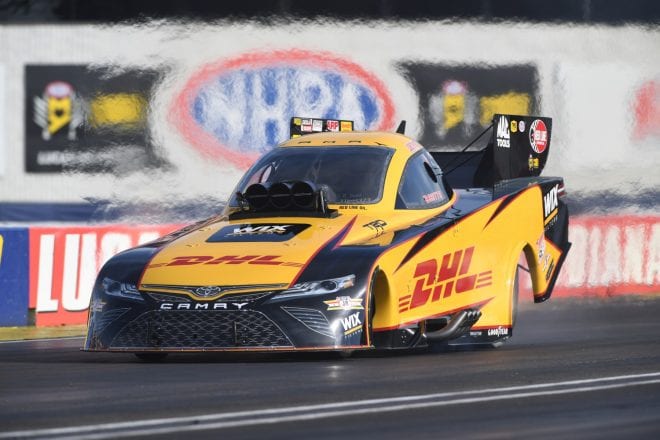 “For me, I thought we were going to go in and work on our race day set,” Todd said. “But then the conditions got really good there at Q3 and I started worrying that the No. 1 wasn’t going to hold up. We now know for tomorrow and Monday what to do and what not to do though.”

In Pro Stock Gray ran a 6.603 at 208.68 Friday evening in his Gray Motorsports / Valvoline Chevrolet Camaro that held strong through Saturday. He is looking to secure his first No. 1 qualifier of the season. 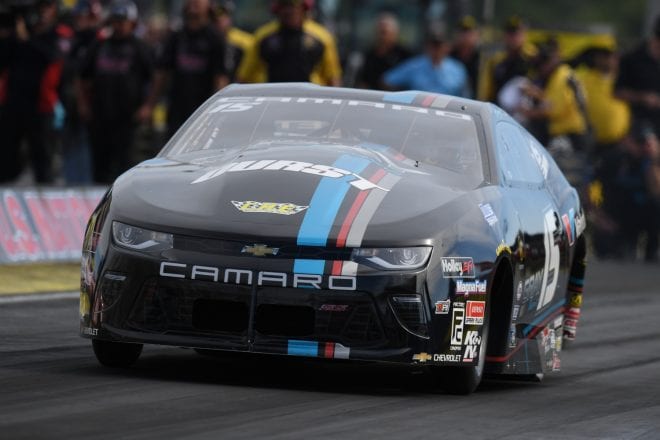 “Today I think is more for what we will use on Monday,” Gray stated. “I think tomorrow we will try some stuff. I’ll move my linkage around and see if I can get better on the tree for when I go up against someone in a ‘must win’ situation. All in all, I’m pretty happy with the car and I feel pretty good about it.”

Krawiec remained atop of the Pro Stock Motorcycle category with his pass of 6.825 at 197.02 Friday evening on his Mello Yello Vance & Hines Harley-Davidson. He is chasing his third No. 1 qualifier of the season and back-to-back victories at Lucas Oil Raceway at Indianapolis. 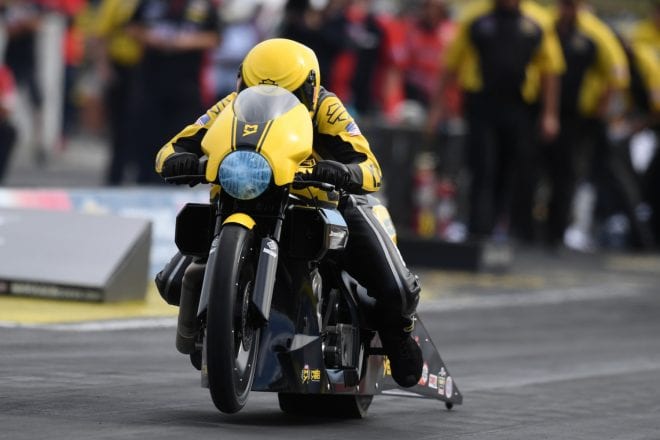 “Tomorrow morning’s run could be pretty good,” Krawiec said. “Everyone stepped up that second session and it wasn’t just because the air got better. We’ve been picking away at the tune up on my bike because we need to understand what it likes and where its window is heading into Monday.”

The third and final day of qualifying at the 64th Chevrolet Performance U.S. Nationals begins Sunday at 12:00 p.m. Catch the action live at 4 p.m on FOX Sports 1 (FS1).