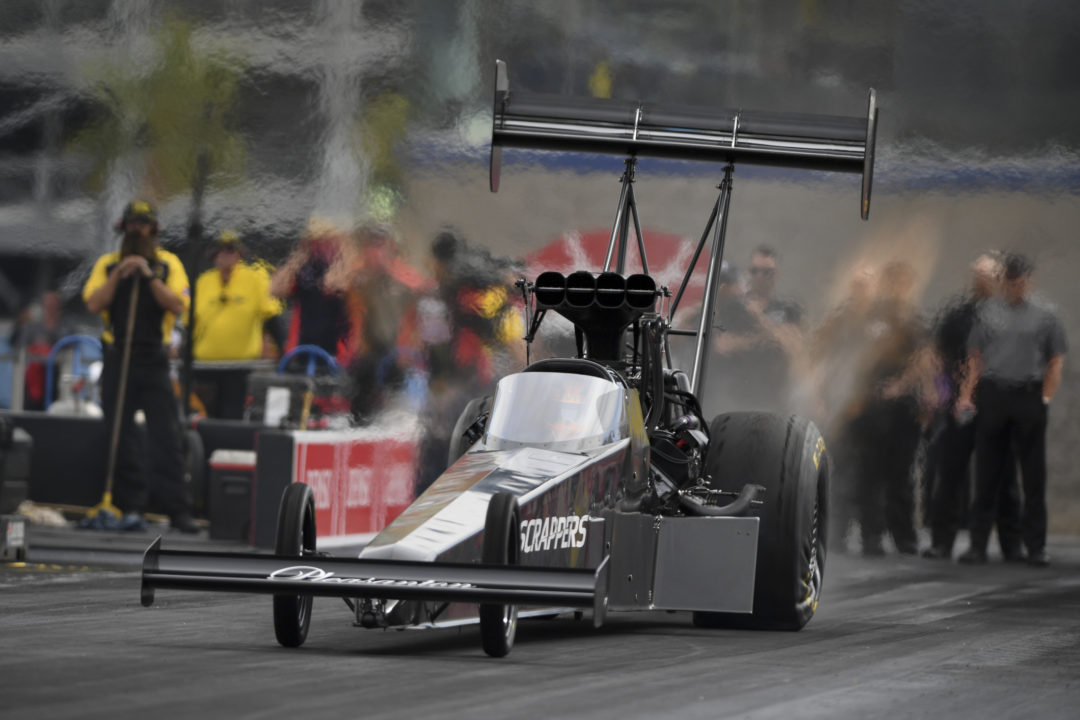 The driver of the Scrappers Racing dragster will get that chance on Sunday when he leads the class into eliminations at the 20th annual DENSO Spark Plugs NHRA Four-Wide Nationals at the Strip at Las Vegas Motor Speedway.

His pass of 3.705 at 328.46 mph from Friday held up during Saturday’s two qualifying sessions, giving Salinas his second No. 1 spot after earning his first a year ago in Indy.

Now getting his first victory is next on the list. Salinas made a strong pass during the final qualifying session on Saturday, going 3.744 at 324.51 and giving him added confidence for his first round group, which includes Antron Brown and Billy Torrence.

“We calmed it down on the second session (of Saturday), so we’ve got a good plan heading into (Sunday),” Salinas said. “I think we’ll be just fine. We’re serious about what we’re doing. What I don’t know, I’ll find.” 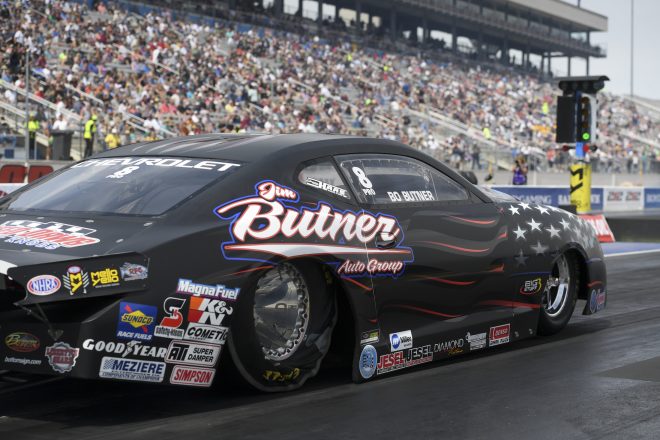 Butner secured his second No. 1 qualifier of the season, as his pass of 6.648 seconds at 207.46 mph in his Jim Butner’s Auto Chevy Camaro from Friday held strong to keep him atop of the Pro Stock category. He already has two wins in the 2019 season and is in the hunt for his second career win at the facility.

Butner will face a quad of Jeff Isbell, Deric Kramer and Fernando Cuadra.

“We have a good car. We’ve had a good car since I sat in it. We’re just out here having fun. That’s probably one reason we’ve had a little bit of success. This isn’t our life but we do have fun and enjoy it,” said Butner. “Now we kind of know how to win and I’ve learned a lot. It’s still a good race car. It went down there four times and we only have to go down three tomorrow so I’m very happy and can’t wait.”

Defending Pro Stock Motorcycle world champion M. Smith snagged the top spot with his lap of 6.879 at 196.76 on his Elite Performance/DENSO Auto Parts/Stockseth EBR during the third qualifying session. M. Smith will be in a quad of Angelle Sampey, Ryan Oehler and Angie Smith. This is M. Smith’s first No. 1 at The Strip at Las Vegas Motor Speedway and his first of the 2019 season. 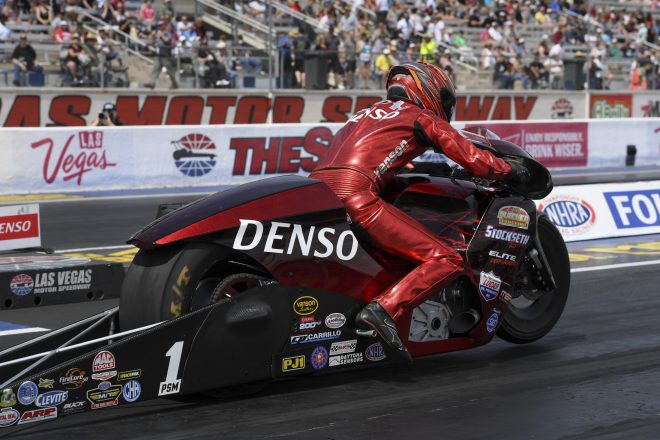