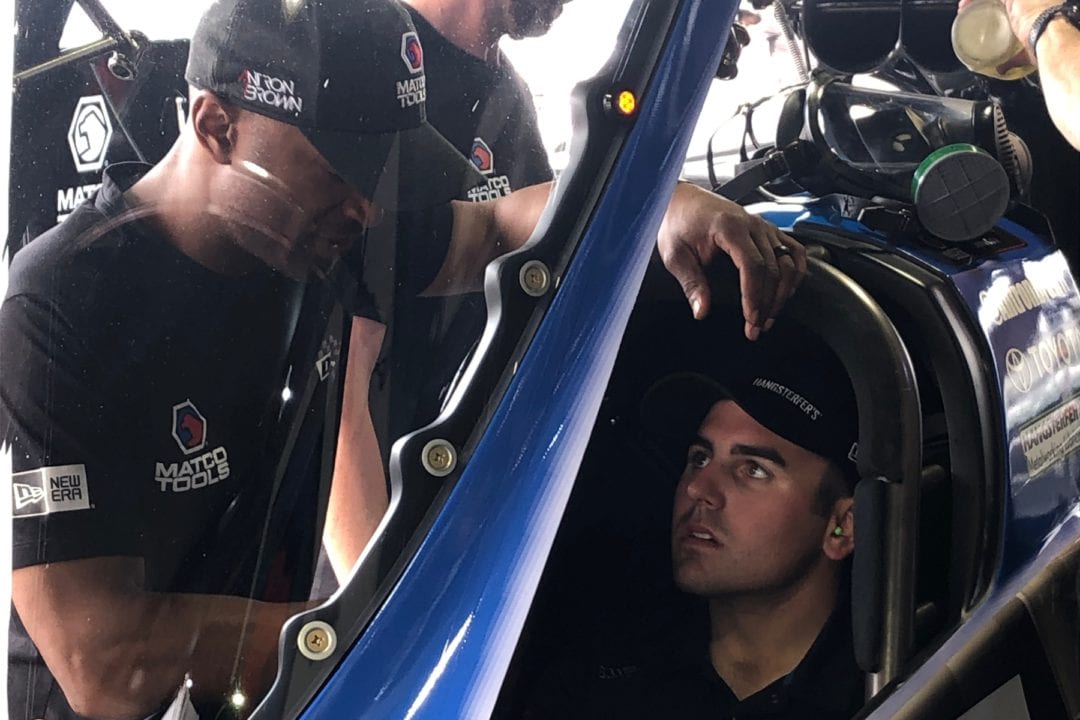 “Driving a Top Fuel car is something I’ve been dreaming about since before I was racing Jr. Dragsters,” said Sackman, 25. “I’ve been around racing since I was a little kid, hanging out at the track with my dad when he was working on cars. Just to be able to drive a Top Fuel car was a dream come true, that’s for sure.” 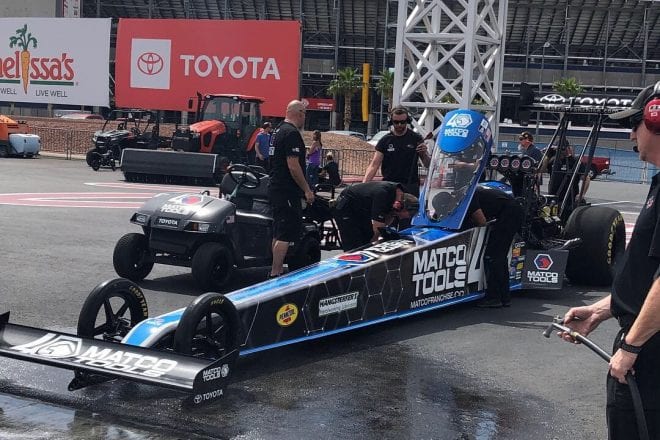 Sackman, who has worked on Don Schumacher Racing’s Antron Brown-driven Matco Tools Top Fuel team as a full-time crew member since 2014, made his three required licensing passes in Brown’s dragster after the team competed in the NHRA Four-Wide Nationals. The first run was a 500-foot planned shutoff, followed by a 3.832 at 273 mph and a 3.851 at 312.78 mph. Brown and fellow Top Fuel veteran Dom Lagana signed off on Sackman’s licensing paperwork.

“It was awesome to see how Matt just jumped in that car and took to it like second nature, like he was born to do that,” Brown said. “I had a mentor who always told me, ‘When you eat it, you sleep it and you dream it, you become it,’ and I think Matt became a championship Top Fuel driver a long time ago because this is all that kid eats, sleeps and breathes. He got in that car and just honestly proved everything I always thought he could be and that he is.” 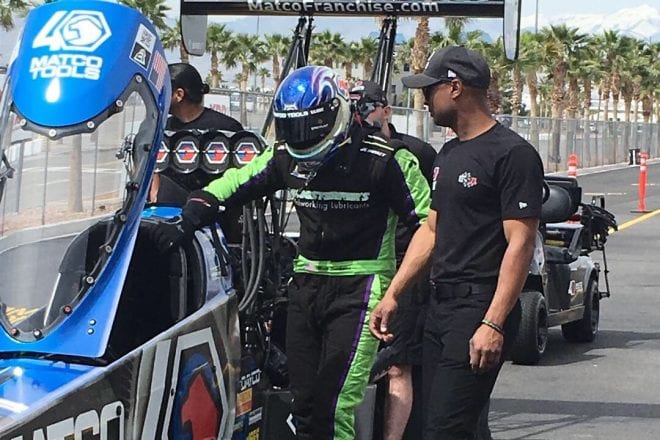 Sackman started his racing career in the NHRA Jr. Drag Racing League, where he won races and track championships before moving up to the family’s supercharged Hangsterfer’s Top Dragster. The Channahon, Illinois, native stepped up to Top Alcohol Dragster in 2018, qualifying No. 1 and winning his first-ever race in one of Randy Meyer Racing’s entries.

“We sponsor all levels of racing, from the Midwest Jr. Super Series and 5-6 Jr. Dragster racers to other sportsman cars and cars in the nitro ranks,” said Bill Jones, vice president, Hangsterfer’s Laboratories. “To have Matt move up to the professional level with him getting his Top Fuel license, it’s just a natural progression for us and for him. I just can’t say how happy I am for him and his entire family.”

The Top Fuel licensing project was spearheaded by Mike Ditzel, Hangsterfer’s national sales director. He was onsite for the licensing process, along with Jones and his son, Andrew.

“It was very rewarding to see Matt get his Top Fuel license,” Ditzel said. “Our sponsorship relationship has turned into a personal relationship and it’s my goal to help make his dreams come true, and getting him his license was a big step toward that dream. Now our goal is to put together a group of people who believe in Matt as I believe in him and find the financial backing to take this to the next level.”

In addition to driving the car, Sackman maintained his usual role as a cylinder head specialist during the between-run service on the car. Immediately after licensing, the Matco team had to pack up and get on the road to Houston for the next stop on the NHRA Mello Yello Series tour, the Mopar Express Lane NHRA SpringNationals Presented by Pennzoil.

“I didn’t really have time to comprehend what was happening at the time,” Sackman said. “I would make a run, take my suit off at the top end and get ready to take the car apart. It made for a pretty hectic day, so it wasn’t until Tuesday that I really understood what happened.”

With a couple full days in the team transporter between Las Vegas and Houston, Sackman had plenty of time to reflect on the opportunity.

“First off, it’s a Don Schumacher Racing car, so it’s one of the best cars out there and it can win any given weekend,” Sackman said. “Antron is probably one of the best Top Fuel drivers ever, so to be able to drive the same car he drives, from a fan perspective, was very cool.

“I have a lot of people I want to thank for the various roles they played in this,” Sackman continued. “This wouldn’t be possible without Mike, Bill and everyone at Hangsterfer’s. Thanks to the Schumacher family for letting me drive one of their cars, and thanks to my parents (Darren and Marie) for always giving me an opportunity to race. Finally, I want to thank Antron, (co-crew chiefs) Mark Oswald and Brad Mason, and the whole Matco team. They stayed over on a Monday between back-to-back races to run the car, and that means a lot to me.” 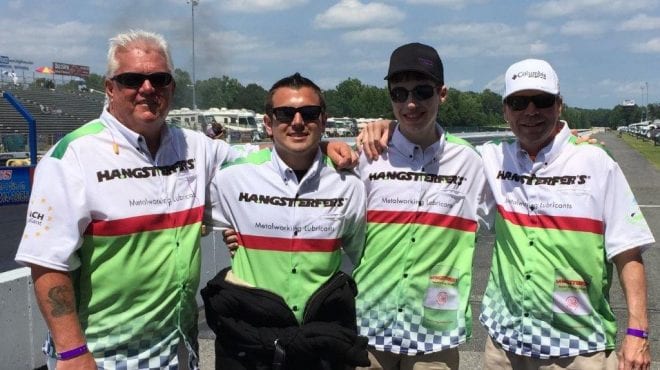 Sackman will work with Ditzel and the Hangsterfer’s team to put together funding to one day make his NHRA Top Fuel debut. Until then, he’ll continue working on the Matco Tools team and driving the Sackman Boyz Racing Top Dragster, which he shares with his younger brother, Zach. Sackman also has two NHRA Top Alcohol Dragster regional races planned with Randy Meyer Racing.

“Now that I have a license I have something to sell, so hopefully I’ll be able to be out there racing someday,” Sackman said. “Hangsterfer’s and myself will try to market ourselves and hopefully we can have something put together in the near future.”