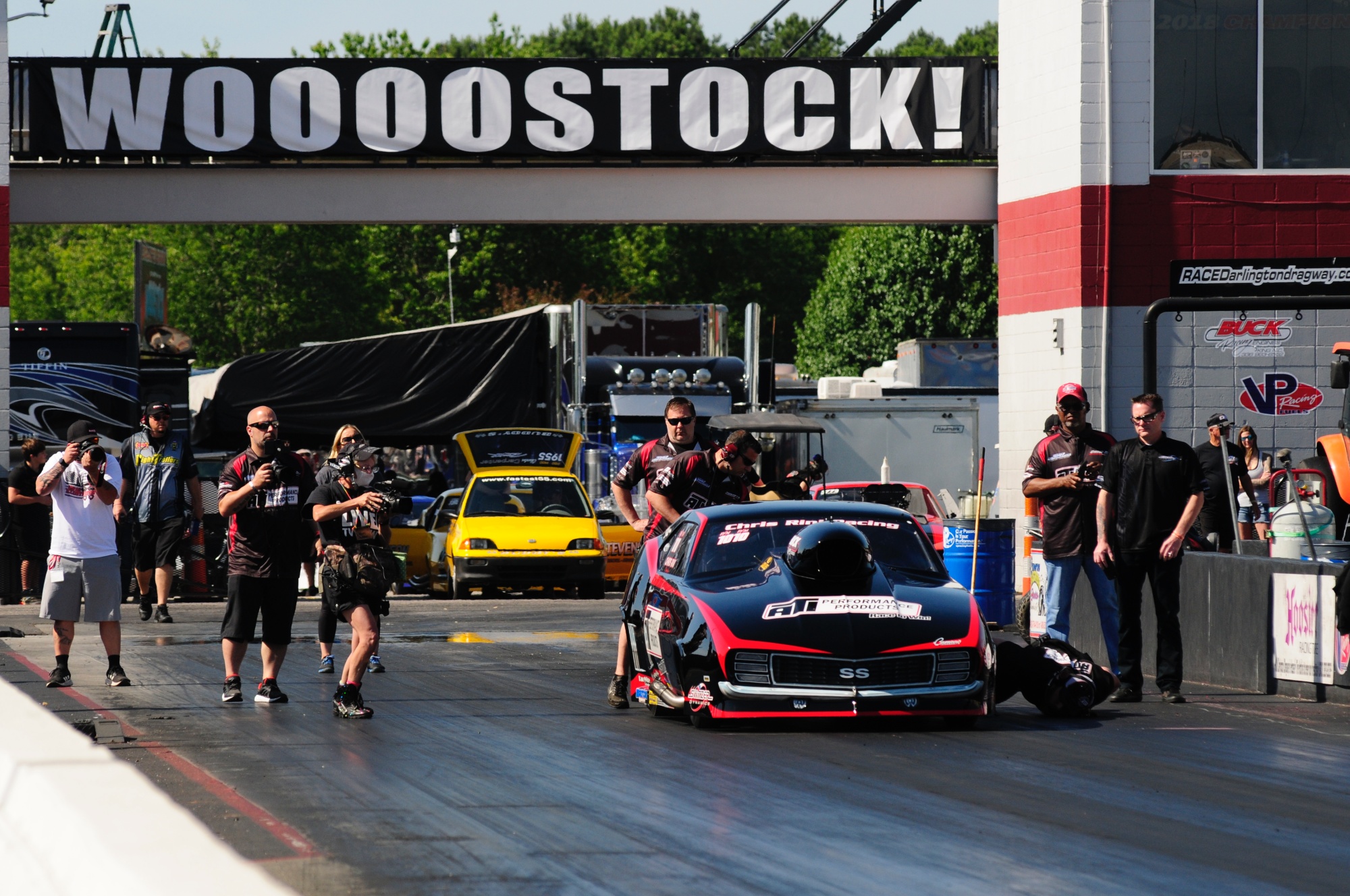 Arriving at the legendary Darlington Dragway for the event simply known as Wooostock, I could not help but remember an IHRA event at which Bill Kuhlman took a motor he bought in a box from Sonny Leonard, and rocked the doorslammer world with the first 200 mph blast. The difference is that was in a quarter-mile and today we are competing in the 660-foot range.

Promoter Keith Berry had all the bases covered with Radial vs. the World, Carolina Extreme Pro Mod and the Carolina No-Time series of Lance Stanford and Travis Harvey. The car count reminded one of those IHRA national event days from the ’80s when Top Sportsman, today’s Pro Mod, was just beginning. 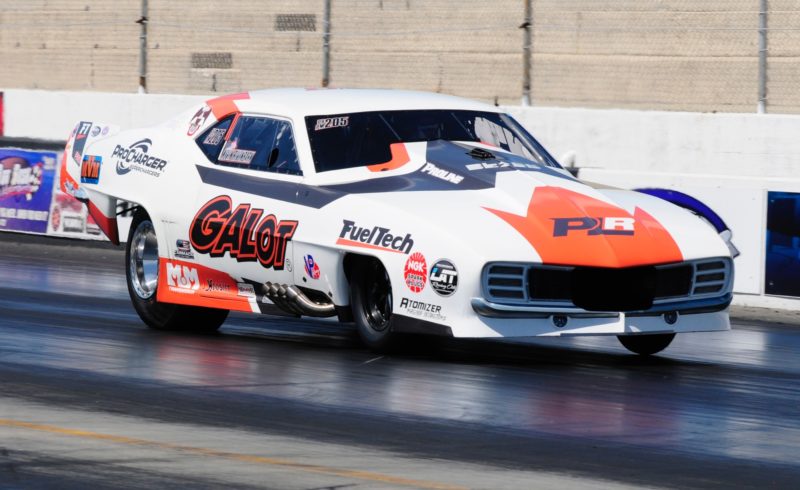 Qualifying took place on Friday and Saturday and when the smoke cleared, most of the usual suspects were at the top. RvW had Stevie “Fast” Jackson leading with a 3.56 at 212 mph, followed by Kevin Rivenbark at 3.59, Marcus Birt at 3.62, and Shawn Ayers at 3.63. The semifinals featured Rivenbark, Birt, Hancock, and Taylor Laster. The RvW portion of the event was called in the semis due to dew issues on-track, with the purse split among the four semifinalists.

Carolina Extreme Pro Mod featured 18 cars in Pro Mod, seven cars in Buck 800 Outlaw, and 10 cars in Hoosier 4.50. If you are a fan of doorslammer racing, there was a class for you. The low qualifier in Noonan Pro Mod was John Strickland at a 3.65 at 202 mph in the GALOT Motorsports ProCharged Camaro. Other prominent names included Randy Weatherford, Jay Cox, the Caruso family’s Camaro, Jim Halsey, Rickie Smith, Doug Winters and the “Godfather of Pro Mod,” Charles Carpenter. Others included Kurt Steding in the P2 Corvette tuned by Todd Tutterow, Stan Shelton, coming from the tractor pulling world, and Tommy Gray.

Unfortunately, Gray experienced a severe brush with the wall that put him in the hospital with broken ribs. He is recovering after a scary moment for all in attendance. Eventual winner Chris Rini, who also won the first event in March, started from the No. 8 spot and took out Steding and Jason Lee. Halsey, who had taken out Smith and Weatherford was waiting for Rini in the final. Rini’s ATI Camaro ran a 3.657 and a .013 light to defeat Halsey’s 3.67 with a .033 light. 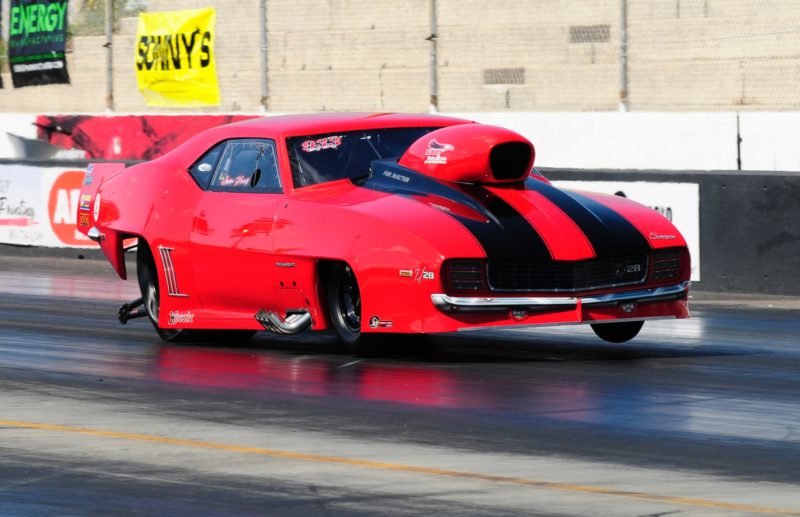 Buck 800 Outlaw had Big Dog heavy hitters facing each other with Jason Harris running a 185 mph pass for what is possibly the record for these cars. Harris ran a single in the first round with Brian Shrader red-lighting to Jeff Pittman, Cam Clark and Travis Harvey advancing. Harvey had a motor problem on Friday night that resulted in a trip to Gene Fulton’s shop in Spartanburg, SC, where he and Stacy Hall repaired a damaged cylinder head, only to arrive back at 4:00 AM to put the Vaughn Miles Camaro back together in time for eliminations, only to fall to Harris in the second round in the race of the day with Harris running a 3.96 to Harvey’s 3.94. Harris used a .008 light to advance to the final, where he defeated Clark for the win.

In Hoosier 4.50, Vince Fourcade ran a 4.54 for the win after defeating Brooke Miller in the semis. This was Miller’s first competition in the Camaro, but she will still compete in her championship-winning Jr. Dragster. 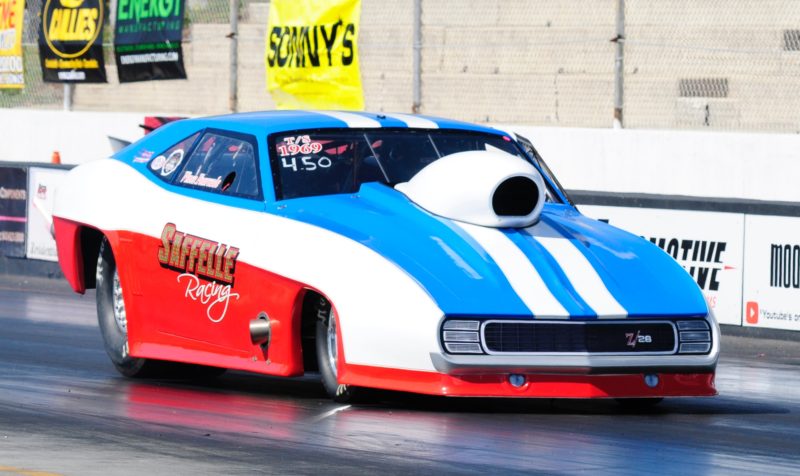 In all, a huge weekend, for the track and competitors coming out after the coronavirus debacle that resulted in no spectators, after initially agreeing to allow them. The next event is scheduled for July 31 and August 1, tentatively. Please review the Darlington Dragway website for details in any possible changes.