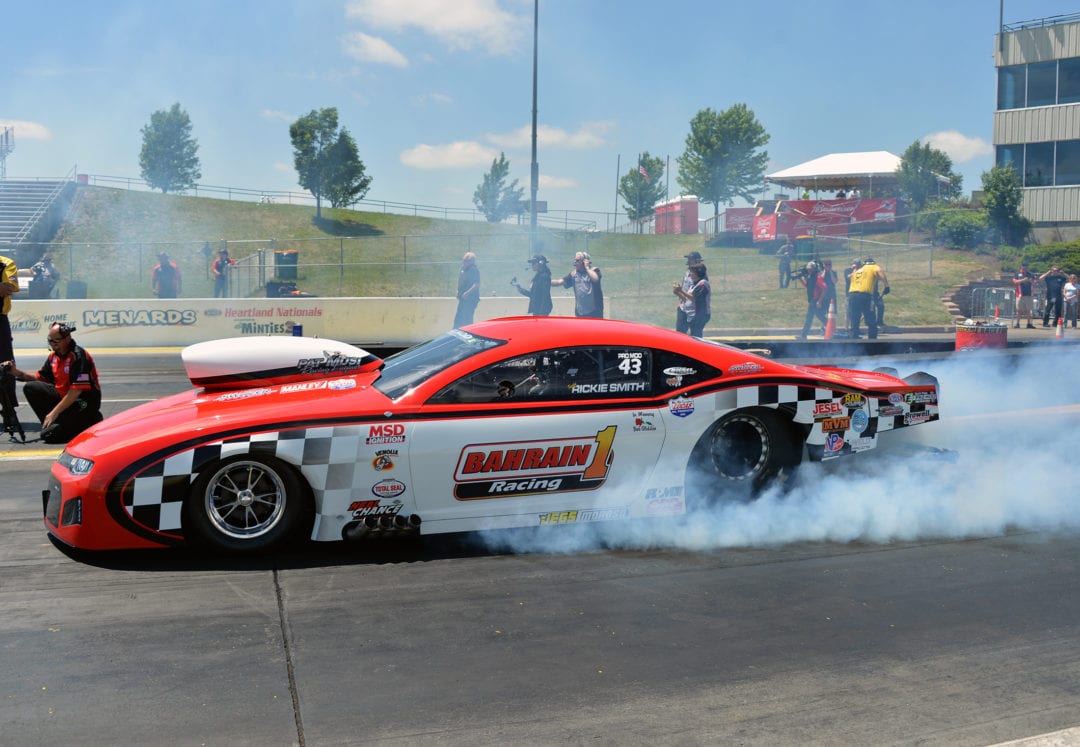 Smith ran a 6.262-second pass at 233.52 mph in his Chevrolet Camaro to take down the No. 1 qualifier Chad Green in the final round and earn his second victory of the season and 13th of his career. Smith defeated Harry Hruska, Shane Molinari and Todd Tutterow on his to the win.

“I’m just glad we won the thing,” Smith stated. “I think every round we had to work for it. Everybody was tough competition. You hate to start watching points, but when you start getting going you hate to give any round up. As a driver I have to try the best I can.”

Green secured his first runner-up finish at the second race of his Pro Mod career. He is currently chasing his first victory.