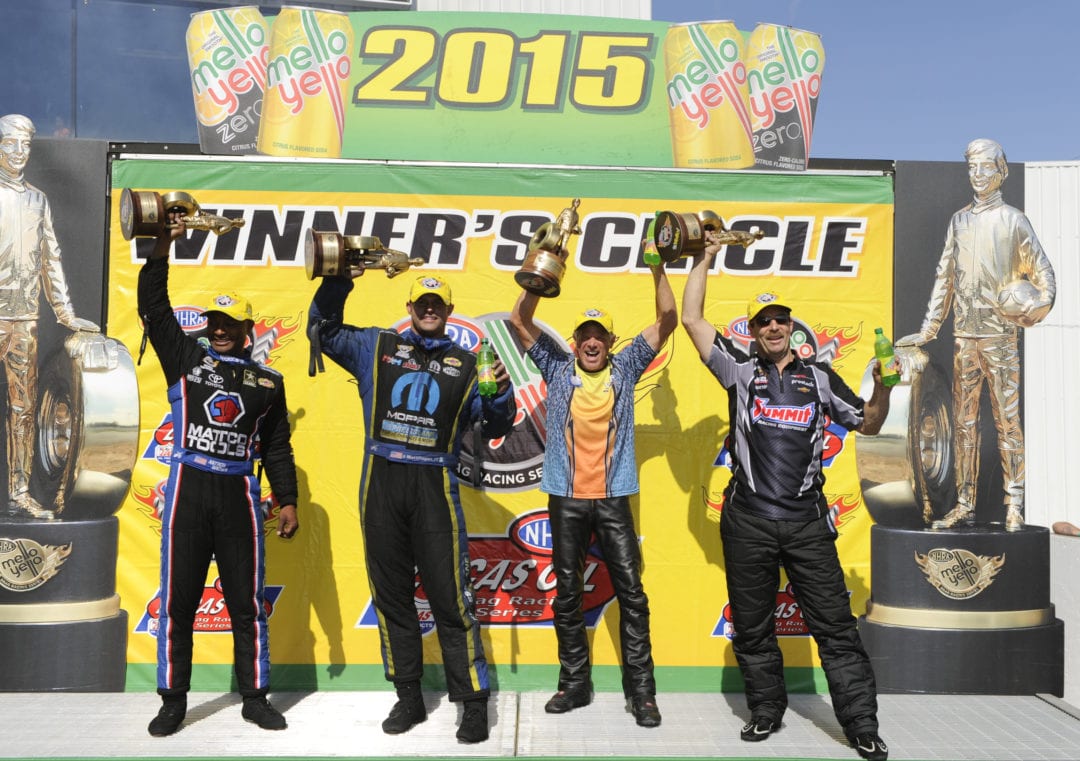 The Toyota NHRA Summernationals has long been one of the most highly anticipated races on the Mello Yello Series tour. New Jersey’s historic Old Bridge Township Raceway Park again played host to an exciting national event last weekend, from the near-record numbers in qualifying to an upset-packed day of eliminations on Sunday.

We’ve compiled just a few of the most impressive moments from the 46th annual Toyota NHRA Summernationals, presented here in the latest installment of our RETURN ROAD series. 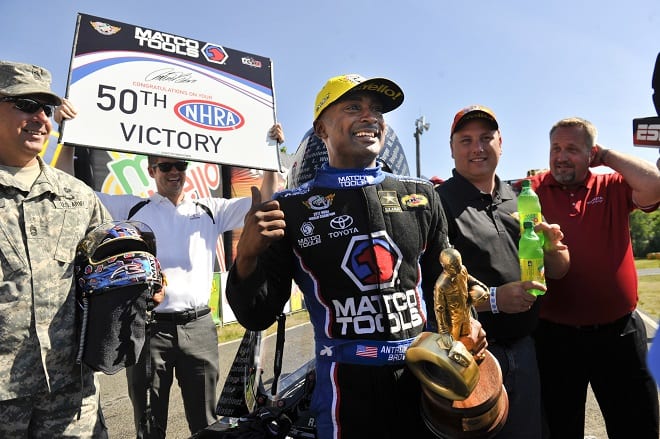 2012 Top Fuel world champion Antron Brown has hoisted the Wally at most of the tracks on tour, but a Top Fuel win at his home track evaded him until Sunday afternoon. Brown drove the Mark Oswald and Brian Corradi-tuned Matco machine to round wins over Jenna Haddock, Doug Kalitta, Dave Connolly and Brittany Force to earn his 50th career NHRA win, combining his victories in Pro Stock Motorcycle and Top Fuel. It was the eighth time in his career that he won the race from the number one spot. 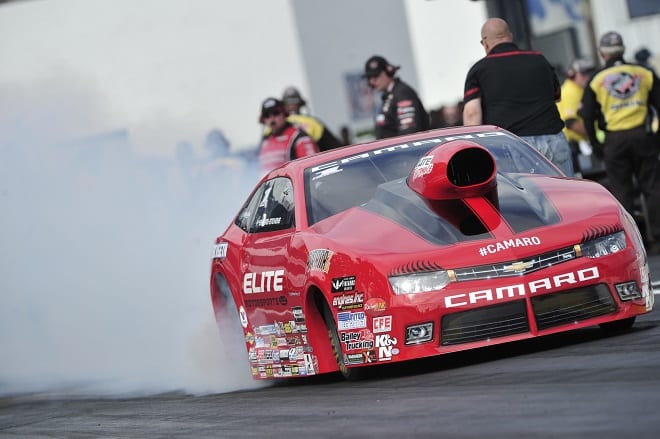 This was a bad weekend to be one of the favorites to win the race. Richie Crampton, who won his first race as a Top Fuel driver at this race last year, was unable to pick up his third win of 2015 when he dropped his first-round match-up with Brittany Force. Infinite Hero Funny Car driver Jack Beckman, fresh off a string of sub-four-second runs and a win at Topeka, smoked the tires alongside Alexis DeJoria in the opening round. In Pro Stock, the two drivers with the most wins in 2015 lost first round. Summit driver Jason Line lost on a hole shot to V. Gaines, while points leader Erica Enders gave Paul Prusienski his first round win when her engine expired.

Second-gen nitro racer Dom Lagana had one of the feel good stories of the race when he powered through to beat Chad Head in the opening round. Lagana, who has competed in Top Fuel for the last several seasons, was making his fuel coupe debut in a car co-owned by himself and brother Bobby, Morgan Lucas Racing tuner Aaron Brooks and nitro crew chief John Stewart. Dom dedicated the home race round win to the memory of his father, Bobby Lagana Sr., a northeast nitro legend. Crew guys from Torrence Racing and MLR stepped up to help the Nitro Ninja team service the car before losing to Alexis DeJoria in the quarterfinals. 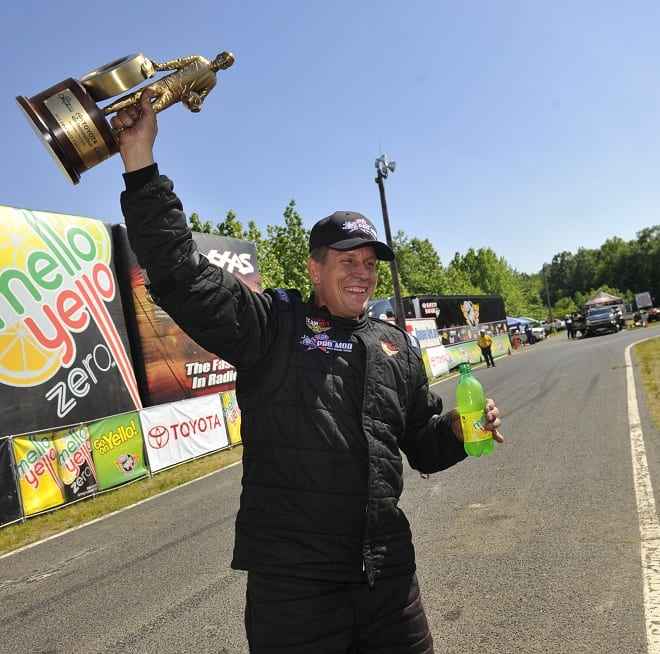 It’s always great to see a first-time NHRA national event winner, especially when it’s one of the small, lower budget teams like the Mickey Thompson group of Billy Glidden and his wife, Shannon. Glidden had the quickest reaction time of every round of eliminations, first a .016 then a pair of .045s in the last two rounds. He came out of the gate first in the second round, too, despite a lengthy burndown with the turbocharged C7 Corvette of Troy Coughlin. A sizable holeshot and 5.923 et was enough to take the Englishtown event win over Houston winner Donnie Walsh, who ran 5.897 in his runner-up effort. The final round was a rematch of the Houston money round.