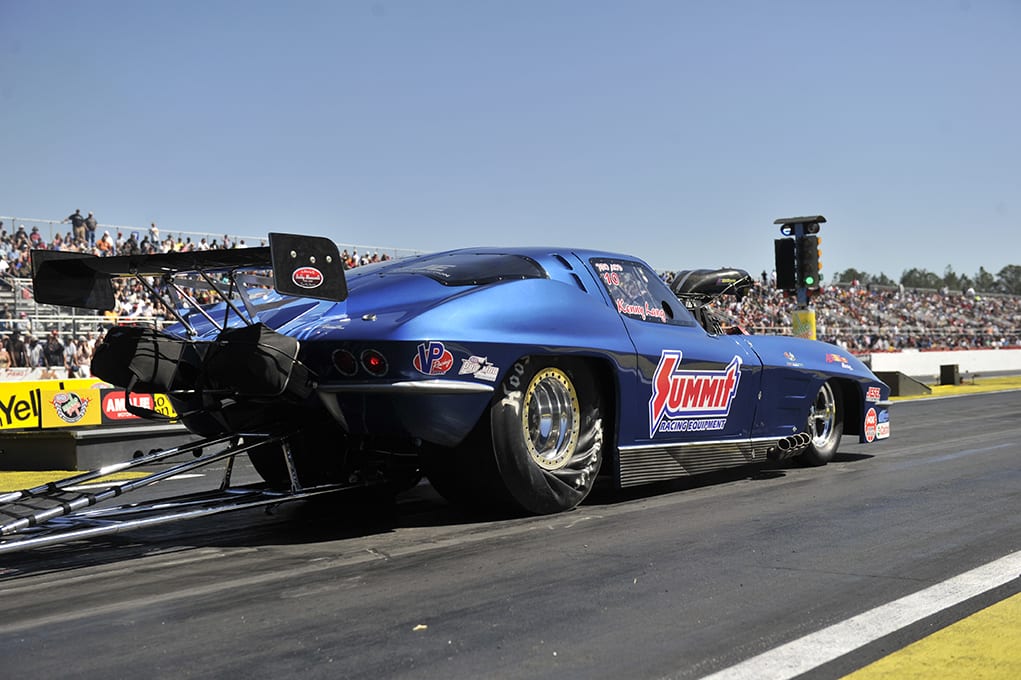 “RPM is pleased to be the presenting sponsor of Houston,” said John Waldie, RPM executive board member. “We want to give a special thanks to all of our racers and sponsors who make our series possible. Once again we are experiencing full fields offering not only an exceptional variety of both current model and historic body styles with an exciting variety of supercharged nitrous and turbocharged engines, but also a colorful array of drivers and crew chiefs.”

Featuring the world’s fastest and most unique doorslammer race cars, the NHRA J&A Service Pro Mod Drag Racing Series offers something for every kind of hot-rodding enthusiast. The growing class is highlighted by historic muscle cars, like ’67 Mustangs, ’68 Firebirds and ’69 Camaros, as well as a variety of late model American muscle cars. With more than 3,000 horsepower, the suspended door pro mod cars travel the quarter-mile in less than six seconds at speeds exceeding 250 mph.

The 2015 NHRA J&A Service Pro Mod Drag Racing Series is showcased in a 10-race schedule that includes stops at several NHRA national events across the country. Veteran racer Rickie Smith of North Carolina is a two-time and reigning world champion of the class. Each event will be televised on the Velocity Channel, which is owned by the Discovery Network.

Each race will air in a half-hour show, produced by Masters Entertainment Group, and will air during 10 consecutive weeks in the fourth quarter of 2015. Bob Rahaim won the season opening race in Gainesville, Fla.