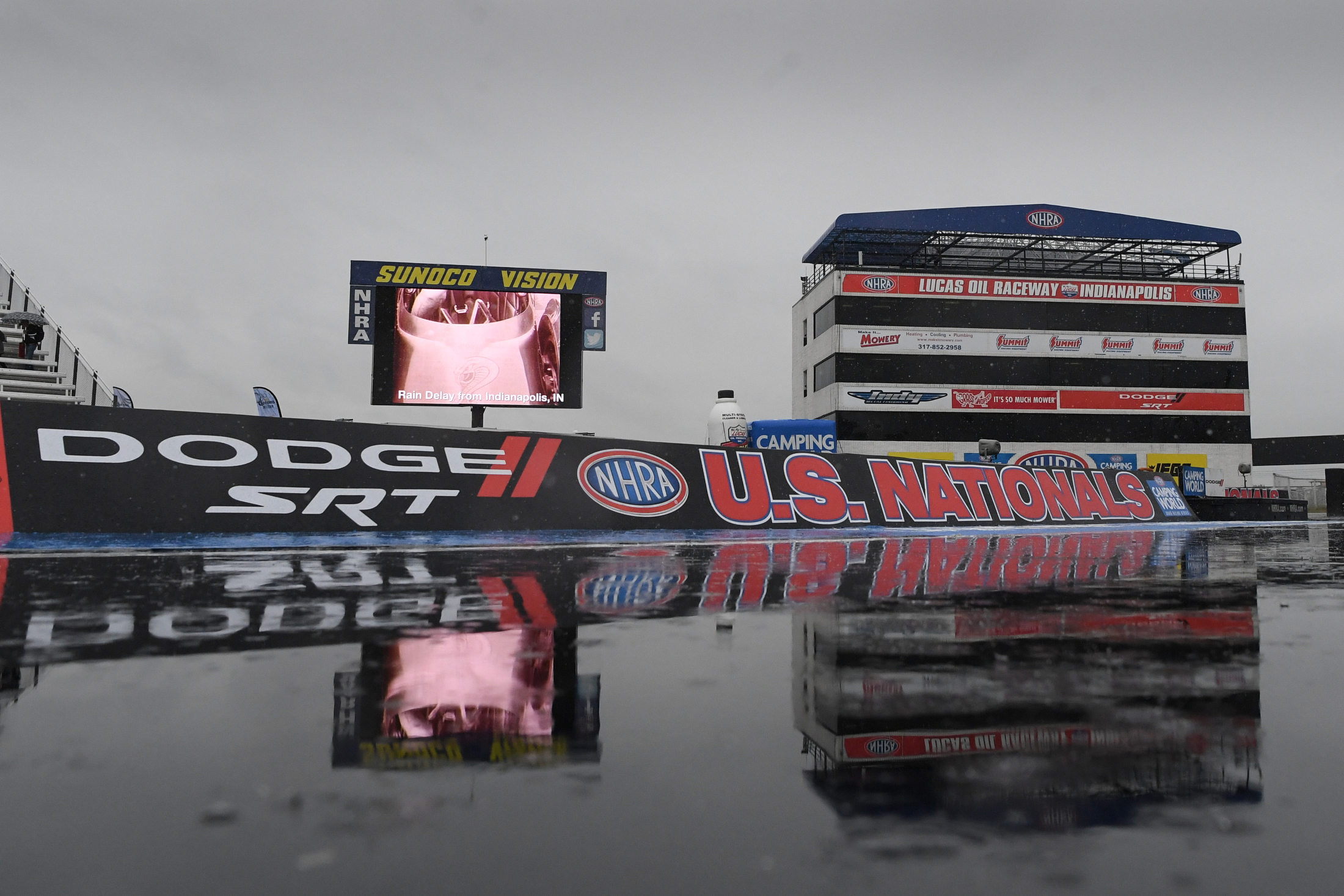 Heavy rain showers on Saturday wiped out the final two qualifying sessions of the 67th annual Dodge//SRT NHRA U.S. Nationals at Lucas Oil Raceway at Indianapolis. Fields for Sunday’s eliminations are set from Friday’s single qualifying session due to the inclement weather.

Brittany Force (Top Fuel), John Force (Funny Car), Kyle Koretsky (Pro Stock) and Eddie Krawiec (Pro Stock Motorcycle) will officially claim No. 1 qualifiers at the 13th of 20 races during the 2021 NHRA Camping World Drag Racing Series season. It is also the final race of the NHRA regular season before the Countdown to the Championship playoffs begin.

B. Force earned her sixth straight No. 1 qualifier in Top Fuel and eighth in 2021 based on her run of 3.684-seconds at 334.57 mph in her 11,000-horsepower Monster Energy dragster on Friday. She will open raceday against Shawn Langdon. Points leader and three-time defending world champ Steve Torrence will start raceday from the No. 2 spot and Doug Kalitta is third.

J. Force’s run of 3.877 at 330.72 in his 11,000-horsepower PEAK Chevrolet Camaro from Friday hands him his second No. 1 spot this year in Funny Car and 162nd in his career. He’ll open eliminations against Dave Richards. Bob Tasca III qualified second and Robert Hight is third.

Koretsky picked up his first career No. 1 in Pro Stock thanks to his 6.572 at 208.07 on Friday in his Lucas Oil Chevrolet Camaro. He’ll start raceday against Larry Morgan. Troy Coughlin Jr. qualified second and defending winner Erica Enders is third.

In Pro Stock Motorcycle, Eddie Krawiec grabbed his first No. 1 spot of the year on his Vance & Hines Buell with his run of 6.826 at 199.40 from Friday. He’ll take on teammate Andrew Hines in the first round of eliminations. Steve Johnson is second and defending event winner Scotty Pollacheck is a spot behind.

Eliminations for the Dodge//SRT NHRA U.S. Nationals at Lucas Oil Raceway at Indianapolis begin at 10 a.m. ET on Sunday. Tickets from Saturday will be good for Sunday’s eliminations. Fans can bring tickets to any box office at Lucas Oil Raceway for a Sunday ticket of equal value. Ticket may also be used at the 2022 Dodge//SRT NHRA U.S. Nationals. For questions about ticketing, please contact 800-884-6472 or email [email protected].