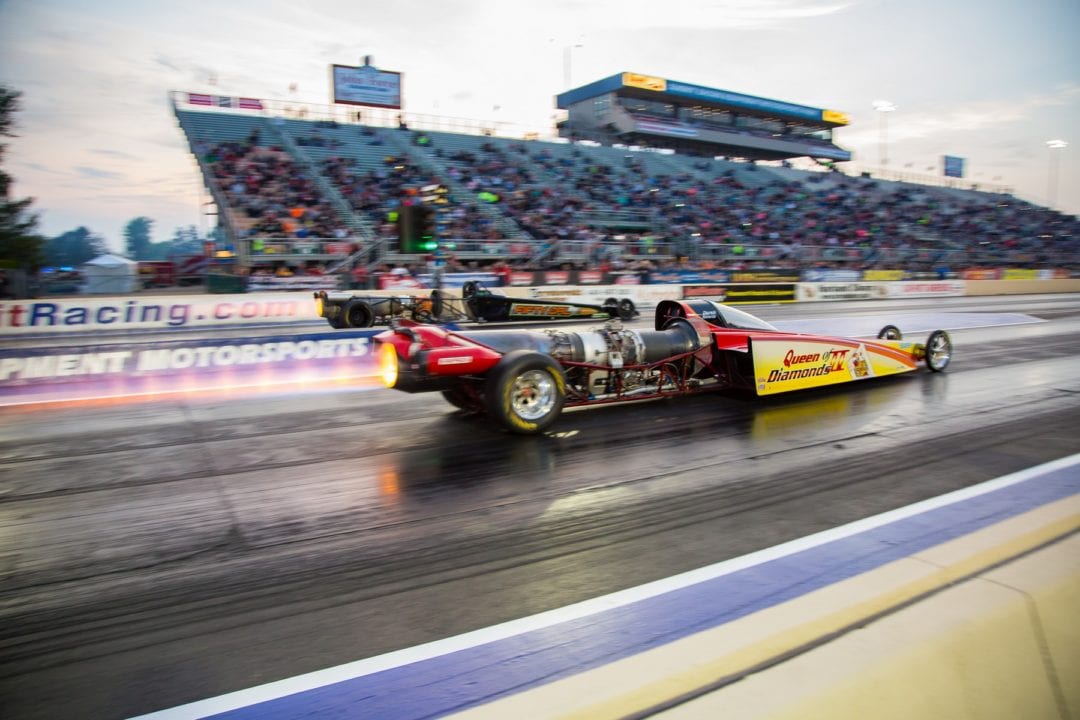 Hanna Motorsport’s driver of the Queen of Diamonds II Jet Dragster, Sarah Edwards, will be competing in Summit Motorsports Park’s inaugural North American Jet Car Championship on Saturday, August 11th. The 41st Annual Kelly Services Night Under Fire is setting the stage for a modern jet race that will include eleven of the fastest jet dragsters from North America. Drivers will compete for a spot in an eight-car field and ultimately, the championship. 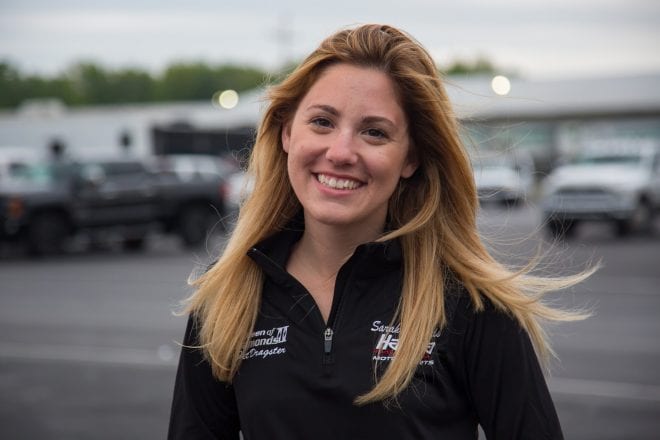 “I have been looking forward to this match race since we learned about the possibility of it last year. While I get the pleasure each week to race another jet dragster, it is rare to have the opportunity to potentially qualify for a race and go rounds,” said Sarah Edwards. “I am ecstatic that I am participating in this epic match race. This could not have come at a better time in my career!”
Hanna Motorsports President and jet racing veteran Al Hanna echoed Edwards’ enthusiasm.
“It’s not often that we have an opportunity to run against this group of quality jet dragsters,” Hanna said. “Many are friends of ours that we haven’t seen in quite some time and are really great racers. This is a good test of what teams have made technical advances with their programs.”
An innovative businessman and track promoter, Bill Bader Jr, of Summit Motorsports Park knows how to captivate a crowd and is in tune with what his fans want to see more of. The 41st annual Kelly Services Night Under Fire will host NHRA Fuel Funny Cars, Nostalgic Pro Stock, Scott Rod’s AA/Gassers and a mesmerizing firework show in addition to the North American Jet Dragster Championship.