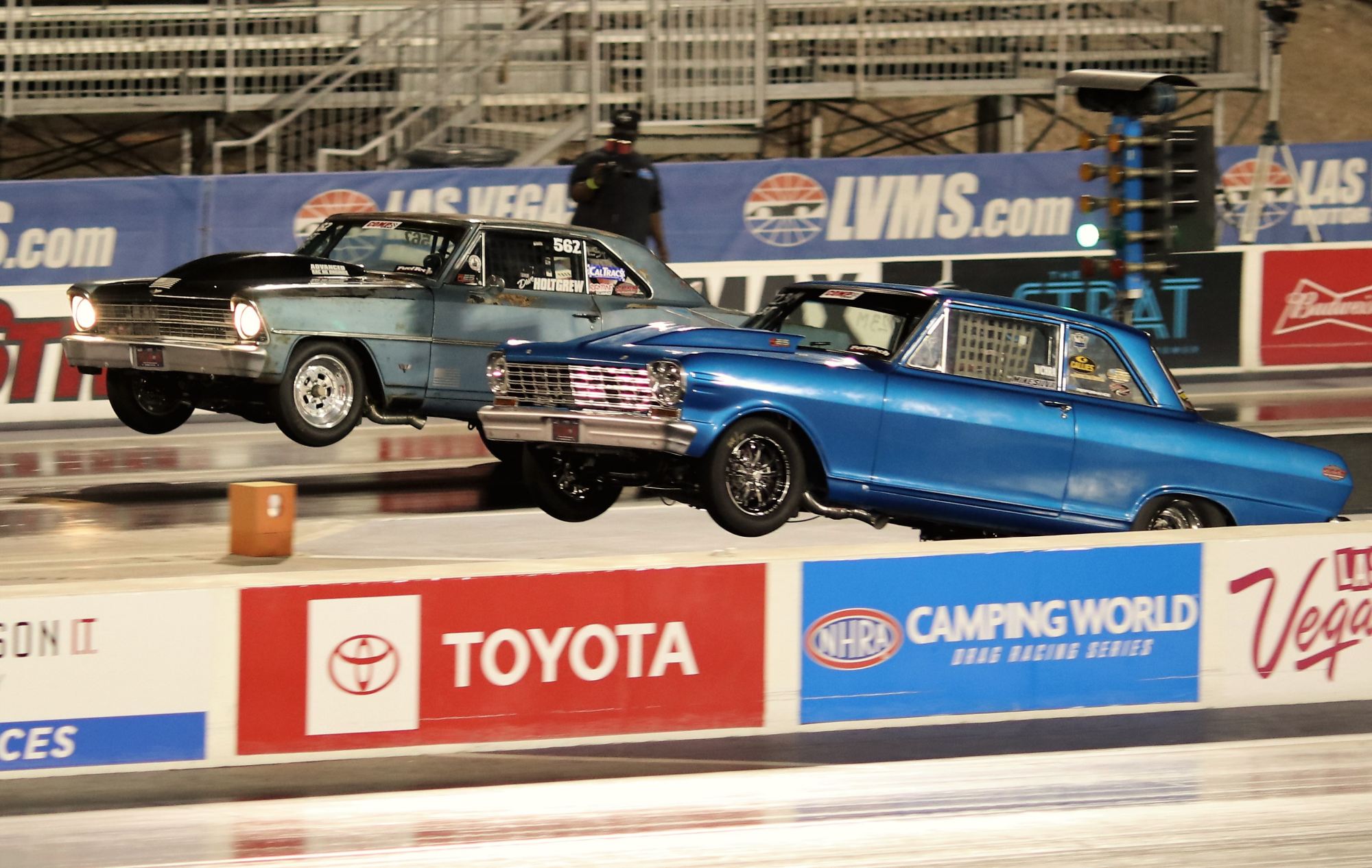 The Premier Street Car Association announced its 2021 schedule today, featuring a Street Car Super National event at a new location as well as an addition to its annual Summer Series.

The PSCA’s signature event, the Street Car Super Nationals, returns for its 17th season. Once again hosted at The Strip at Las Vegas Motor Speedway, this year’s SCSN: Unmasked event, Nov. 18-21, could be one of the biggest races in the history of Mel Roth’s promotion.

“With everything that happened in 2020, the fact we were still able to host successful drag races shows how passionate our fans and racers are,” Roth said. “Hopefully, we can get safe and healthy and be ready for America to get back to the business of motorsports!” 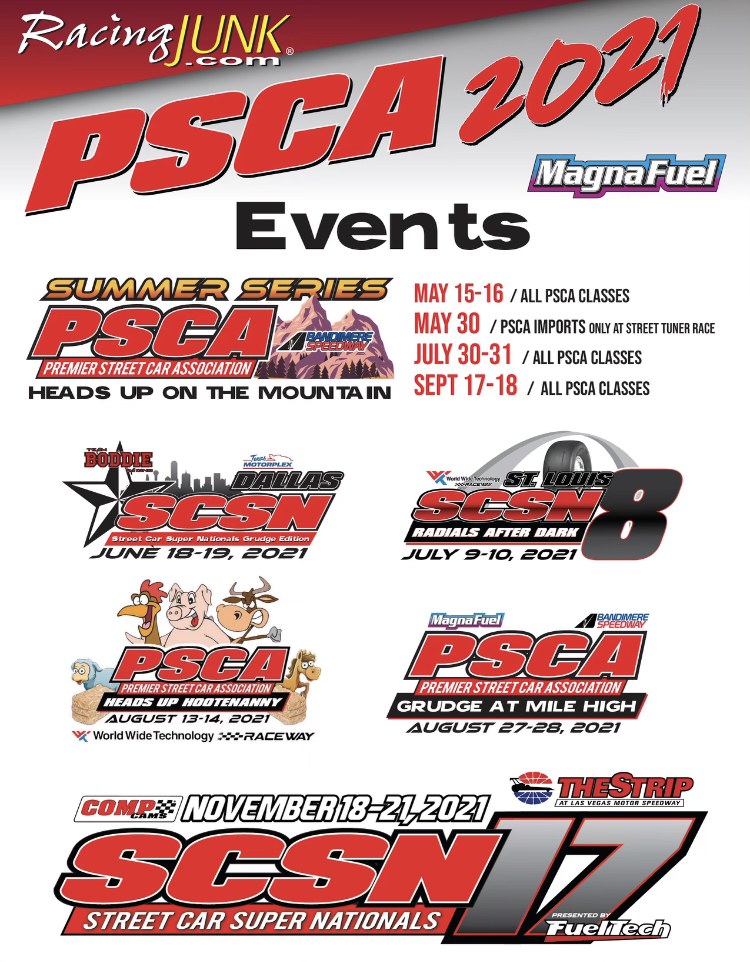 The PSCA Summer Series hosted annually at the legendary Bandimere Speedway kicks off its four-race schedule May 15-16. The second event is a special PFI Speed Imports-Only race May 30. Bandimere and the PSCA have also teamed up to present the Grudge At Mile High, scheduled for Aug. 27-28. PSCA also recently announced Ticket Mortgage as the new sponsor of the Summer Series Limited Small Tire class.

In addition to SCSN: Radials After Dark at World Wide Technology Raceway near St. Louis, entering into its eighth year at the world-class facility, Roth and Texas Motorplex are kicking off its inaugural Street Car Super Nationals event. The race that has become so big only a Texas drag strip can hold it runs June 18-19.

And speaking of WWT Raceway, the PSCA returns to the Gateway city for its Midwest classic, the Heads-Up Hootenanny on Aug. 13-14. “This could be one of our busiest seasons ever,” Roth said. “With our return to established PSCA tracks like Las Vegas and St. Louis, and now adding the Texas Motorplex and its legion of devout fans, we’re really looking forward to what 2021 has to offer!”