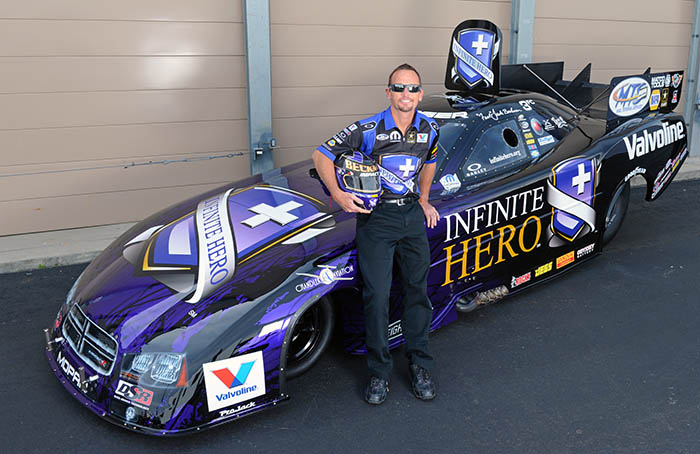 Prock has been quick to impact the team after two days of the NHRA Nationals at The Strip at Las Vegas Motor Speedway. 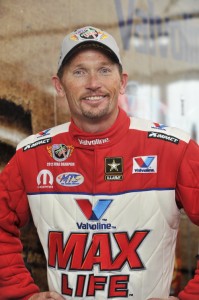 Their first qualifying run Friday (Oct. 31) was a respectable 4.143 seconds at 309.27 mph but the last three ranged from 4.045 to 4.080. His quickest run was Friday evening and it held up to earn the team the No. 6 seed for Sunday’s championship eliminations.

Beckman and the team did not qualify for this year’s six-race Countdown to the Championship playoff, of which Las Vegas is the fifth stop, but a monumental goal remains to end a streak of leaving the past 49 NHRA Mello Yello Drag Racing Series events without visiting a winner’s circle.

The 2012 NHRA Funny Car world champion and 2003 Super Comp world champ has never experienced such a drought, and he’s been overwhelmed at what Prock has been able to accomplish with the team and race car so quickly.

“It’s not everything he wants to run on our Dodge because he simply just did not have enough time to do it all,” Beckman said. “He has changed a significant amount of things on the race car and it’s paying dividends already.”

Beckman has said nothing can be done about missing his first Countdown since its inception in 2007, but he wants more than anything now to win an NHRA Wally trophy for his team that includes many first-year members. 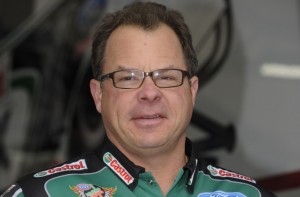 And he’d certainly like to win it his next one with Prock.

Beckman’s Saturday on the track started in a memorable way when he was able to help the Make-A-Wish Foundation make a wish come true for Austin Zimmerline, a 17-year-old from Nebraska who only wanted to win a race for a team.

The Zimmerline-Johnson team won the race to earn the teen his first win in the first race of his career.

“Some things you can get so caught up in the moment you don’t perform,” Beckman said. “I still had to drive a 150-mph dragster but Antron and I are sitting there as the crowd stands up giving an ovation to Austin. You’re listening over the PA system and for a moment I forgot I was the driver and got caught up in the moment. It was such a monumental moment. I loved it.”

Team owner Don Schumacher, whose teams have won an NHRA-best 328 event titles and 11 world championships, said he’d never experienced a race like that before.

“I have never seen anything like that,” he said. “That is just an overwhelming experience that (DSR supporter) Terry Chandler and DSR were able to give that young man. There were tears in my eyes and everyone else’s out here.”