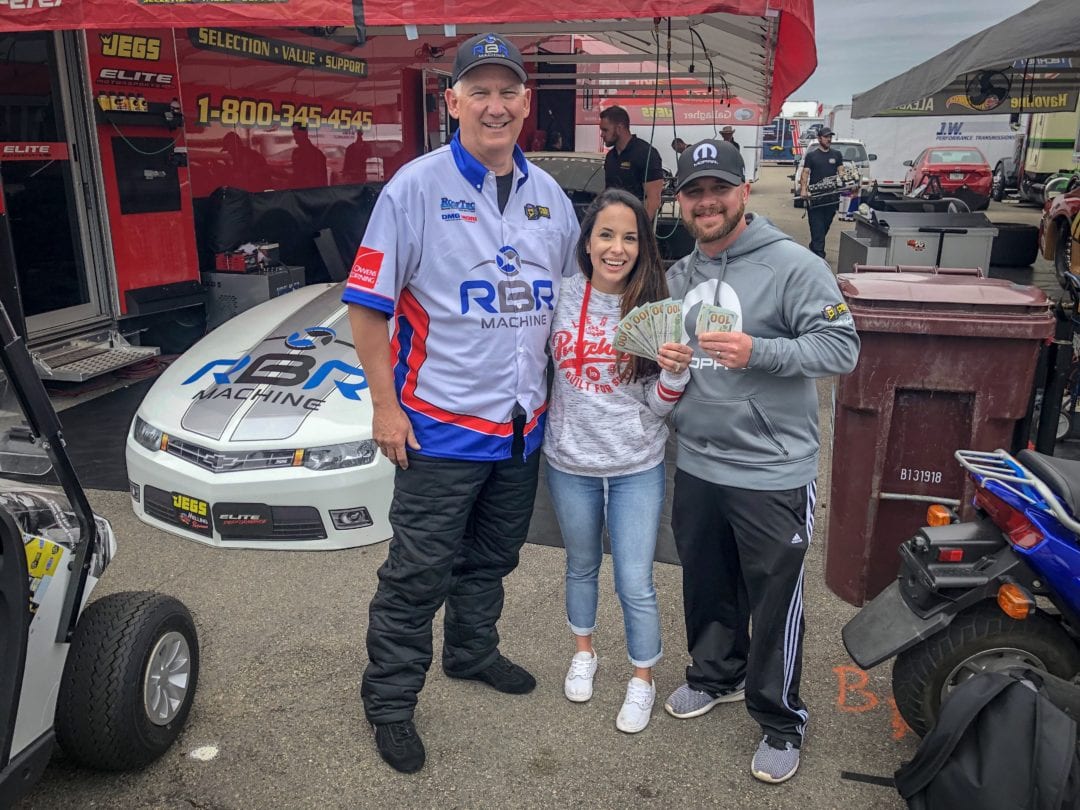 Rodger Brogdon didn’t get his first win of 2019, but the Pro Stock veteran did make someone’s weekend extremely special at the 50th annual NHRA Gatornationals, and that more than made up for it.

Promising $5,000 to a lucky Pro Stock fan during the historic weekend at Gainesville Raceway, Brogdon gave away the prize on Sunday to Amanda Gadagno, a Greenwood, S.C. native who attended the race with her husband, Jimmy. Regulars at Gainesville, but mostly in the nitro pits, the Gadagno family spent considerable time in the Pro Stock area this year, walking away with a massive prize and an incredible experience.

“They were so excited. That was probably the best part of the weekend,” Brogdon said. “It was a lot of fun. None of us would be anything without the fans. They’re a great family and they were really amazed at what we do. I think we’ve got Pro Stock fans for life now. We won over a lot of fans this weekend and they now know a whole lot more about Pro Stock.”

Brogdon enjoyed the experience so much he’s hatching up something even bigger for the U.S. Nationals later this year. The Gainesville giveaway came together at the last minute for the successful Houston-area businessman, but he promised something even larger for the biggest race of the year during Labor Day weekend in Indianapolis.

“We started kicking some things around and we’re going to put together something big for Indy,” Brogdon said. “It’s really going to be a lot of fun. All the Pro Stock fans better get ready for Indy because it’s going to be something really big.” 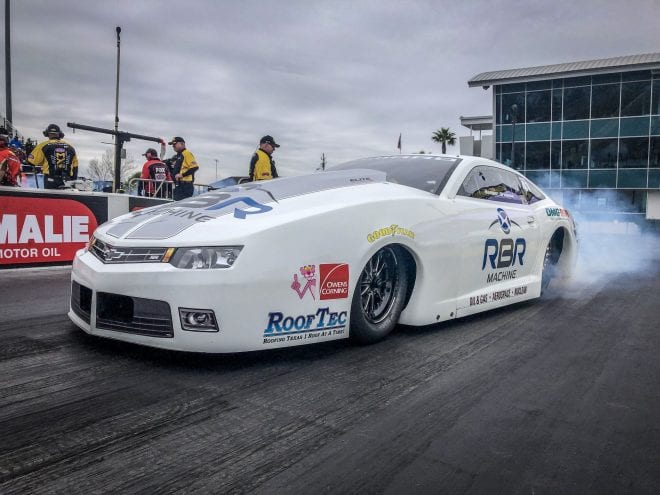 By then, Brogdon hopes to have at least one victory under his belt in his RBR Machine Chevrolet Camaro, and the weekend in Gainesville was certainly a beneficial stepping-stone.

Brogdon and his Elite Motorsports team qualified No. 1 for the second time in three races to open 2019, running an impressive 6.490 at 212.43 mph to tie for the sixth quickest pass in the Pro Stock EFI era. He added another run in the 6.40s during qualifying, advancing to the semifinals before bowing out against eventual winner Bo Butner.

Trouble on the starting line proved to be Brogdon’s undoing in the semifinals, and Brogdon is adamant for improvement in that department.

“It’s just going to take a little more effort from the driver,” said Brogdon, who has three career Pro Stock wins. “I’m not where I want to be on the reaction time. It’s getting better, but I’m not where I need to be. As far as my reaction times, on a scale from 1-10, I’m about a 3-4.

“It’s going to take some time and I have some work to do. It’s all mental right now, but I’ve got a great bunch of guys and I’ve had a lot of success with them. They’ve given me a tremendously fast car and I just have to make some adjustments. I’ll get it.”

Brogdon returns to action at the NHRA Four-Wide Nationals at The Strip at Las Vegas Motor Speedway, April 5-7 in Las Vegas. It is the fourth of 18 races during the 2019 NHRA Pro Stock season.