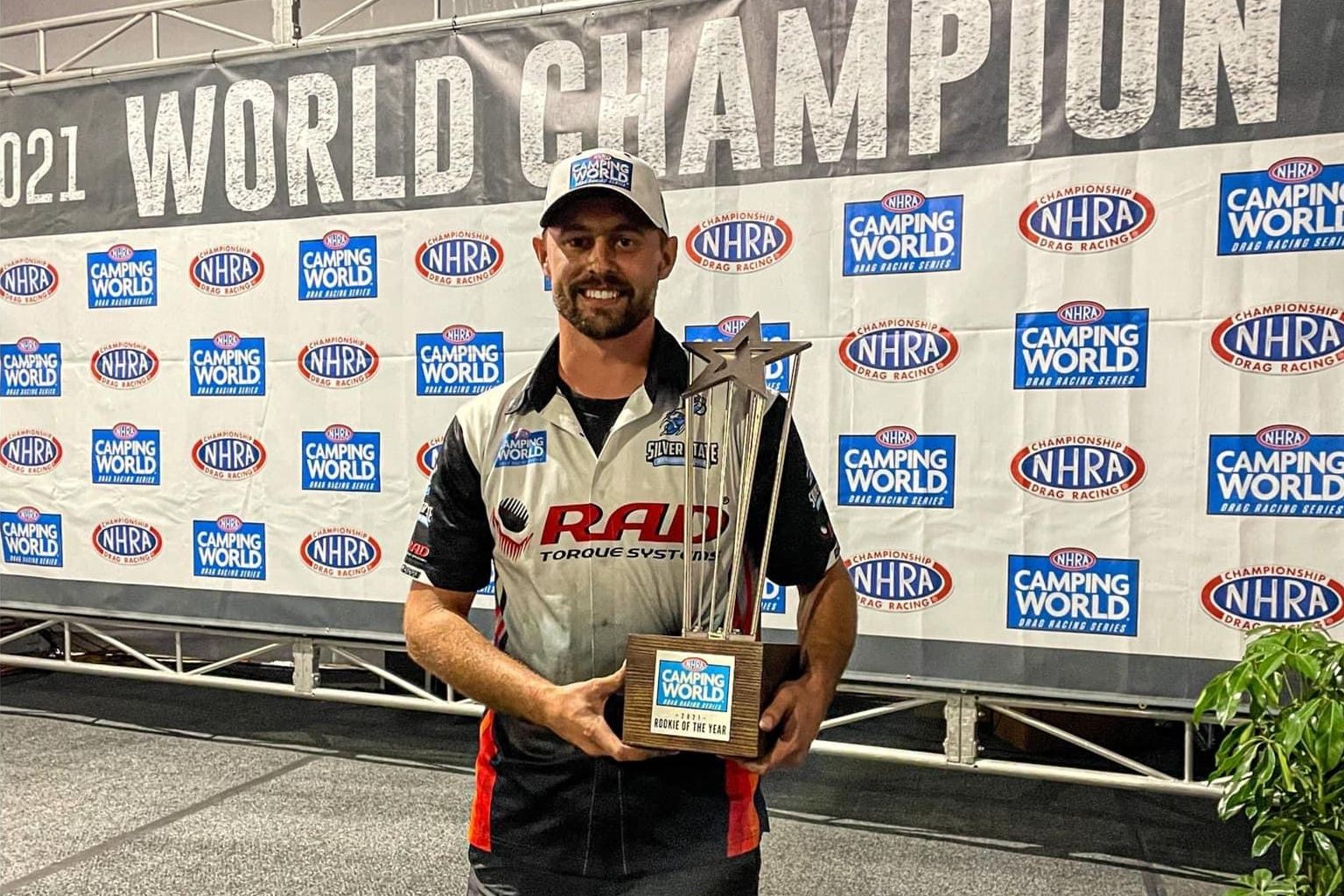 On the strength of three wins and five final round appearances in a fantastic debut season, Pro Stock’s Dallas Glenn was named the 2021 NHRA Rookie of the Year on Sunday, edging out a talented list of first-year competitors in the NHRA Camping World Racing Series.

The award recognizes the top rookie competitor in the NHRA Camping World Drag Racing Series. The nation’s leading auto racing journalists select the winner through a voting system based on the following criteria: number of events competed in, performance on and off the racetrack, participation in NHRA promotions, and relationships with fans, sponsors, and media.

Glenn was named the top rookie at Sunday’s NHRA banquet at Auto Club Raceway at Pomona, culminating a dream season for the rising star that also saw him finish third in points.

A longtime crew member for KB Racing and three-time Pro Stock world champion Jason Line, Glenn got his first opportunity to drive this season and he made an immediate impression behind the wheel in Pro Stock.

Glenn proved to be outstanding on the starting line, also advancing to final rounds in St. Louis and Sonoma, and driving to one No. 1 qualifier in his first year.

Justin Ashley was the 2020 NHRA Rookie of the Year recipient and turned in a strong 2021 season, winning once in Top Fuel, advancing to three final rounds and finishing fourth in points.