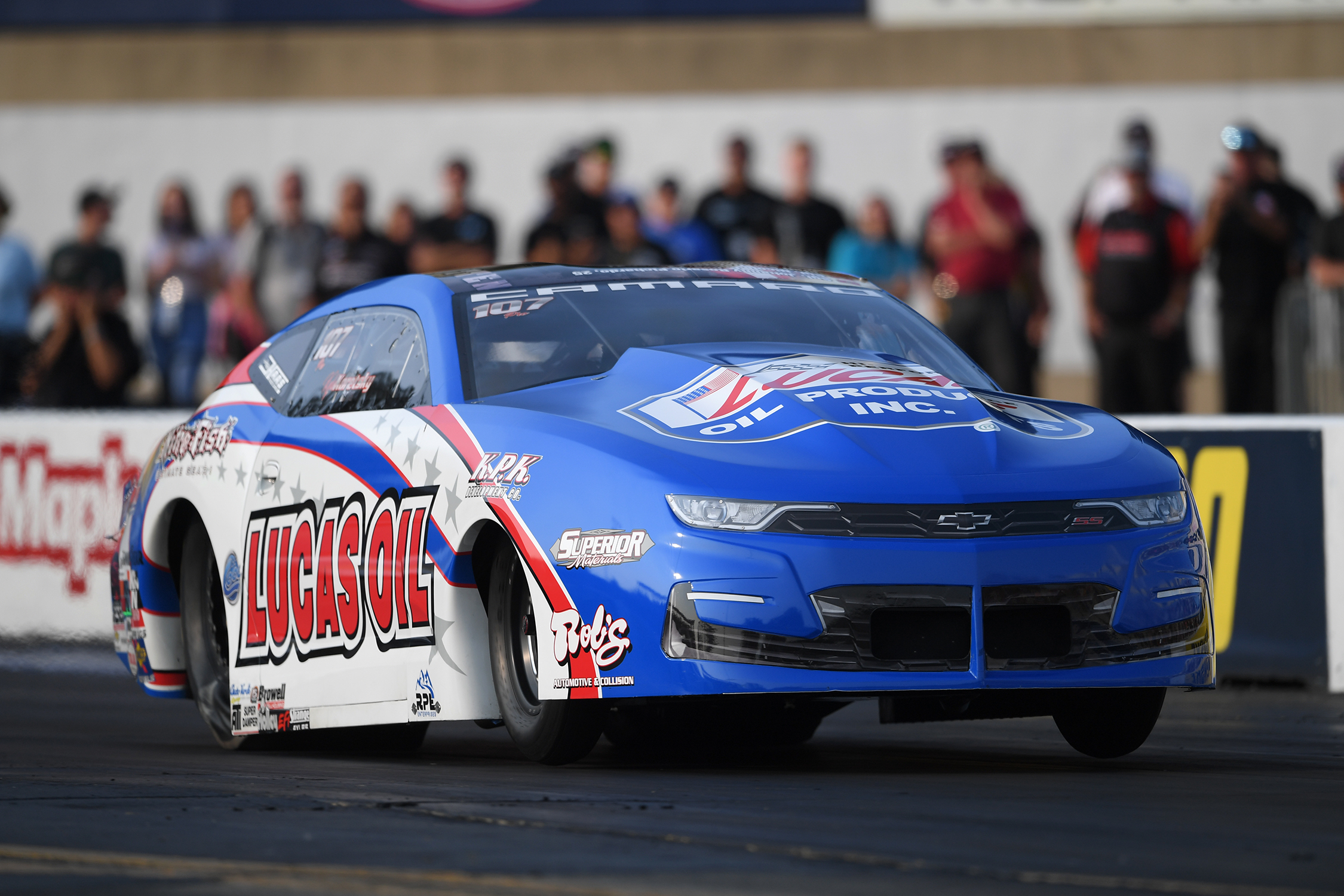 NHRA officials announced today that Pro Stock has been added to the upcoming Pep Boys NHRA Nationals on Sept. 15-18 at Maple Grove Raceway. The track was purchased in April by veteran NHRA racer Kenny Koretsky and his family, including current Pro Stock driver Kyle Koretsky.

The annual stop at Maple Grove Raceway is the kickoff event to the six-race NHRA Camping World Drag Racing Series Countdown to the Championship playoffs. With the addition of Pro Stock to the fan-favorite race, all four professional categories (Top Fuel, Funny Car, Pro Stock and Pro Stock Motorcycle) will be in action at the playoff opener.

Pro Stock will now compete at all six Countdown to the Championship races, including in front of the huge legion of drag racing and Pro Stock fans at Maple Grove Raceway.

“It’s very exciting to have Pro Stock at Maple Grove. Pro Stock is a staple for fans in this area and it’s just a great fit having that class at this race,” Kenny Koretsky Jr. said. “I think the Pro Stock fans are really going to come out in full force. There’s a big Pro Stock following in this area, and you add in the support from Pep Boys being on board for this race, and it’s going to be a great event.”

After breaking his own world record in Virginia earlier this month, Top Fuel Motorcycle rider Larry “Spiderman” McBride will return to action in Reading as part of the Pep Boys NHRA Nationals. McBride went an incredible 268.38-mph in Virginia to make the fastest motorcycle pass in drag racing history and will attempt to go even faster at a track where several record-breaking performances have taken place over the years.

The race will also serve as the NFL adjacent broadcast on FOX, putting the NHRA on a huge platform to open its 2022 playoffs. Last season, NHRA on FOX television coverage that ran adjacent to FOX’s NFL singleheader delivered nearly 1.5 million viewers, the most-viewed NHRA telecast on FOX.

The broadcast will showcase all the stars of the NHRA at a track that has played host to incredible racing for nearly four decades. Located in the heart of Amish country, the track is known as one of the fastest on the NHRA circuit and is surrounded by trees and boasts a wonderful, scenic backdrop for the massive fanbase.

“It’s great to see the interest and excitement the Pro Stock teams and our fans have after adding the class to the race at Maple Grove Raceway,” NHRA Vice President of Racing Administration Josh Peterson said. “The Koretsky family’s passion for Pro Stock racing is second-to-none and we’re thrilled to have them as track owners at such a historic track. Having this race on FOX, and adding Larry and his record-breaking motorcycle and Pro Stock to the mix will give everyone a terrific opportunity to showcase the work they’ve already done at the facility, as well the amazing racing that’s been a trademark at Maple Grove for so many years.”

The Koretsky family has been hard at work since purchasing the legendary facility last month. At the Pep Boys NHRA Nationals in September, fans will notice several changes and renovations to a facility that has yielded a number of record runs, including updates to signage, facility maintenance, suites, lighting and much more.

The facility is also the hometown track for the family, so adding Pro Stock simply made sense. Kyle Koretsky is a standout in the Pro Stock ranks, winning his first career race in the category last year and starting 2022 in strong fashion. He raced in Pro Stock at Maple Grove Raceway for the first time last year in his Lucas Oil Chevrolet Camaro and being able to do so again in 2022 – this time with the family as the track owners – will make the moment even more special.

“We’re super excited and to own our home track that we’ve been racing at forever, it’s just an incredible opportunity,” Kenny Koretsky Jr. said. “Again, for this to be our first national event and have Pro Stock be a part of it and have Pep Boys on board, it’s the perfect recipe all the way around. We’re working hard to make a lot of improvements and we’re trying to do as much as we can to give the race teams and fans the best possible experience at our track.”

To purchase tickets to the Pep Boys NHRA Nationals at Maple Grove Raceway, visit www.NHRA.com. All children 12 and under will be admitted free in the general admission area with a paid adult.