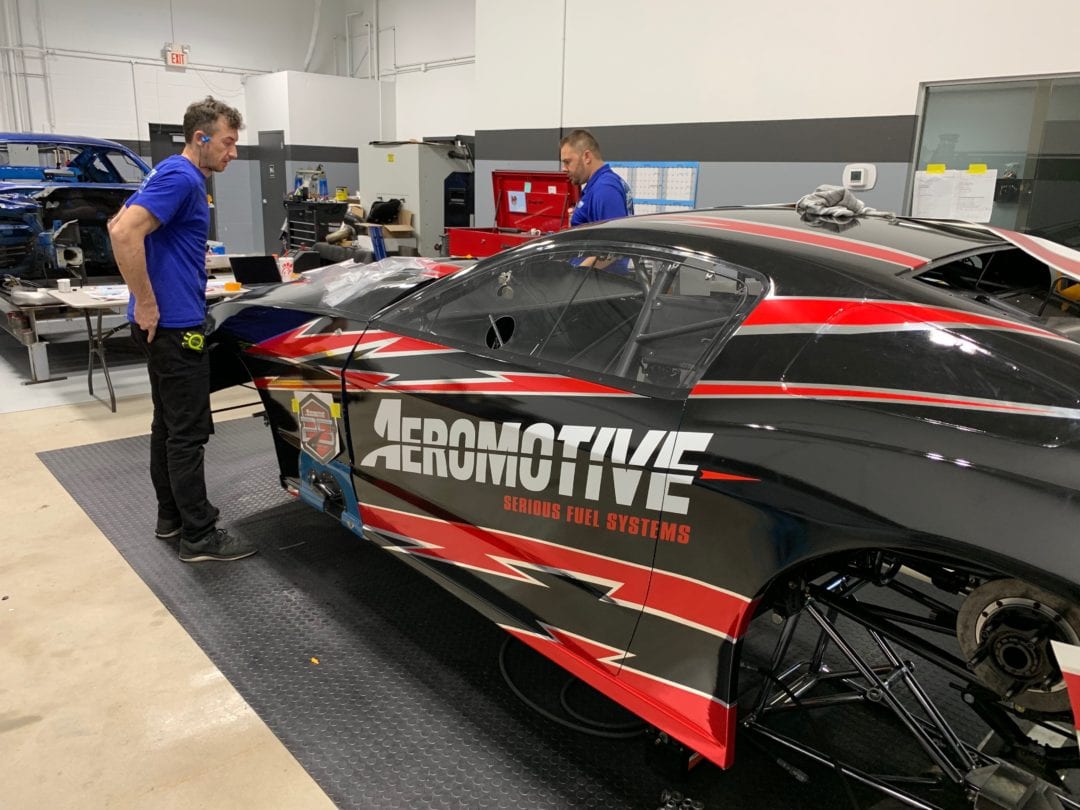 Steve Matusek had a vision for how he wanted his Pro Mod Mustang to look for the 2019 NHRA Pro Mod season. When the veteran standout got the chance to look at the finished product, it was like his vision had come to life.

With a perfect mixture of a throwback to the start of Matusek’s racing career with the Mustang to the forward-thinking approach heading into 2019, the wrap and car is equal parts old-school and new-school. Adding a nod to Aeromotive’s 25th anniversary and a distinctive color scheme, and Matusek believes the car has the ideal look heading into a year with big expectations.

“I wanted to have something that represented our company and with the precision in which we do things,” said Matusek, who founded Aeromotive in 1994. “But at the same time, we wanted make it relevant to today’s younger generation. I think we accomplished that goal where the car is relevant to the newer generation.” 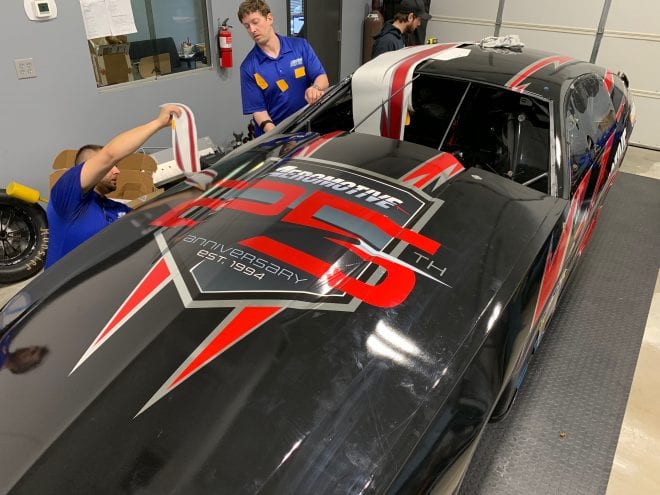 In the end, Matusek ended up with car he can call “an Aeromotive car.” He worked with the likes of Drag Illustrated Founder Wes Buck and DI Director of Design and Production Mike Carpenter, Jackson Lueg and Rod Burke on the design, making sure the car signified Aeromotive’s modern, outside-the-box approach.

Personal touches like the chrome red and chrome silver added distinguishing touches to Matusek’s car and he couldn’t be more satisfied with the end result.

“It just turned out exactly the way we wanted it to,” Matusek said. “You have to keep your eyes and ears open. You have to have something that is relevant. I love nostalgia and I love history, but just like our company, you have to look forward. The past is great and it’s something that helps mold the future, but at the same time, we don’t look backwards, we look forward. So I think this is a very forward-looking design and car.”

It is the perfect representation for the approach Matusek and Elite Motorsports are taking for the 2019 NHRA Pro Mod season, which starts next week in Gainesville.

Nothing about their approach this off-season has been conventional and that’s just the way Matusek likes it. They’ve enlisted top talent like Justin Elkes and Modern Racing, as well as crew chief Shane Tecklenburg, and the entire Pro Mod operation at Elite Motorsports has been hard at work.

Matusek has also formed partnerships with Garrett Advancing Motion and TurboSmart, taking the turbocharged Mustang in radical directions with a wrap that signifies that. But with Aeromotive celebrating its 25th anniversary in 2019, the innovative approach made perfect sense to Matusek.

“A lot of things we’re doing to manage the car are completely different and innovative, and nobody else is going to manage the car the way we’re going to manage it,” Matusek said. “Again, it’s back to our roots of high-tech, state-of-the-art and trying to do things nobody has ever done so we can learn. With this car, we’re definitely thinking out of the box and we’re looking to move that performance curve.”

Matusek and his team didn’t get a chance to race at last weekend’s World Outlaw Nationals in Orlando, generally considered the warm-up event for the NHRA Pro Mod season, but they will test this weekend in Valdosta.

Matusek has big expectations for 2019, but the team is taking the long approach to the season. At the same time, everyone is excited to get to the track and put some of their outside-the-box theories to the test.

It’s a jolt that that brings great joy to Matusek as he thinks back to the thrilling journey he’s been on for more than two decades.

“It’s surreal,” Matusek said. “I can’t believe we’ve been in business for 25 years so being able to still compete at this level with the team we’ve assembled it’s special. To get to this point and be able to team up with companies like Modern Racing and Shane T and Elite Motorsports and Garrett (Advancing Motion), 25 years ago, who would have ever thought this was possible?”