It will come full circle for Pro Mod driver Steve Matusek in 2019.

It’s a return to Matusek’s beginnings, not only for Pro Mod but also in drag racing and it’s an opportunity to drive a Mustang for a forward-thinking operation he couldn’t pass up.

“My dad worked at a Ford dealership, my dad ran Fords, so those are my roots,” Matusek said. “I loved how you had to be innovative to make their power plants work. So coming full circle to that, it’s really fulfilling for me. It gets back to my roots. It’s an unbelievable team with unbelievable drivers and I view this team like an onion. As I started to peel back the layers, you start to realize how much is there. The team consists of a lot of high-profile, powerful people, so it’s exciting.” 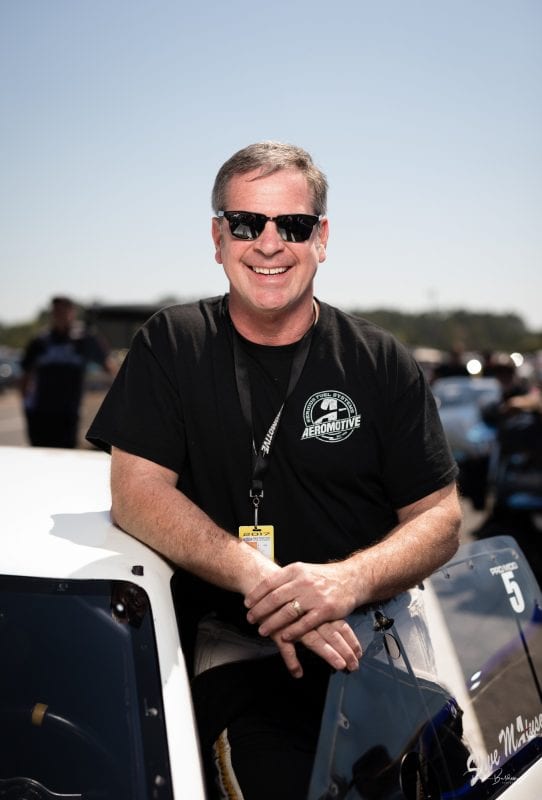 The addition of Matusek is the latest move for Elite Motorsports as it continues to take a bigger leap into the NHRA Pro Mod ranks.

Enders debuted in the class last year and made considerable strides as the year progressed, and she will race the full 12-event schedule in 2019. Laughlin will do the same as he makes his Pro Mod debut next season, which means Matusek will be a veteran of the group.

He made his NHRA Pro Mod debut in 2011, grabbing his first career win in the class in 2017 in Houston. Matusek has four top-10 finishes in the loaded Pro Mod class, bringing a wealth of experience and success to the team, but Elite Motorsports team owner Richard Freeman also connected on a business level, which proved pivotal in a deal coming together.

“Steve and I have crossed paths many times and he’s a superstar in the business world, and we’re excited about this,” Freeman said. “He’s really helping us build another program and it just seemed like a real comfortable fit. We both seem to think a lot alike.”

Matusek and Freeman both share great success in business, which was a major contributing factor in Matusek’s decision. He started Aeromotive in 1994, providing impressive innovation in the industry with his company ever since.

His ideas and expertise adds another impressive layer to the Elite Motorsports team, coming to the group after a five-year run with Danny Rowe Racing. Rowe suspended his Pro Mod racing operations for 2019, which initially led Matusek to believe he wouldn’t – and didn’t want to be – racing next season. But his connection to Freeman on a business level helped make Matusek change his mind.

“That was a magical time for us and you never want to see it end,” Matusek said of his time with DRR. “Up until Monday of this week, I was already trying to get used to not scaring myself on a weekly basis. It was tough to get through that, but the way this came together and starting to meet the people on the new team, and starting to understanding what they’re doing and being innovative, that’s what I love and I hope it’s as fulfilling the last five years have been with Danny and Val (Rowe). The relationship my wife, Lori, and I have with Danny and Val extends far beyond racing and we are happy that relationship will continue regardless of whether either one of us would get into another car.”

With Elite Motorsports’ Pro Mod operation growing significantly, Freeman believes the team has a chance to make a significant mark in the class, much like it has done in Pro Stock on the strength of Enders’ two world championships.

“We have a lot of work to do to get ready for Gainesville, but I think it’s going to be a neat deal,” Freeman said. “It’s a lot of tough competition, but give us 2-3 races and we’ll be right there.”

After a difficult year where Matusek didn’t get the results he wanted, he also has high expectations in his turbocharged Mustang from Jerry Bickel Race Cars. Matusek is determined to have an immediate impact, putting together some lofty goals in the process.

“Everybody’s happy, everybody’s excited and everyone speaks highly of each other,” Matusek said. “That helped in some of my decision-making process. To me, the thrill of just driving a Pro Mod is over. I’m not doing this to say I drive a Pro Mod. I want to freaking win races and win a championship.”