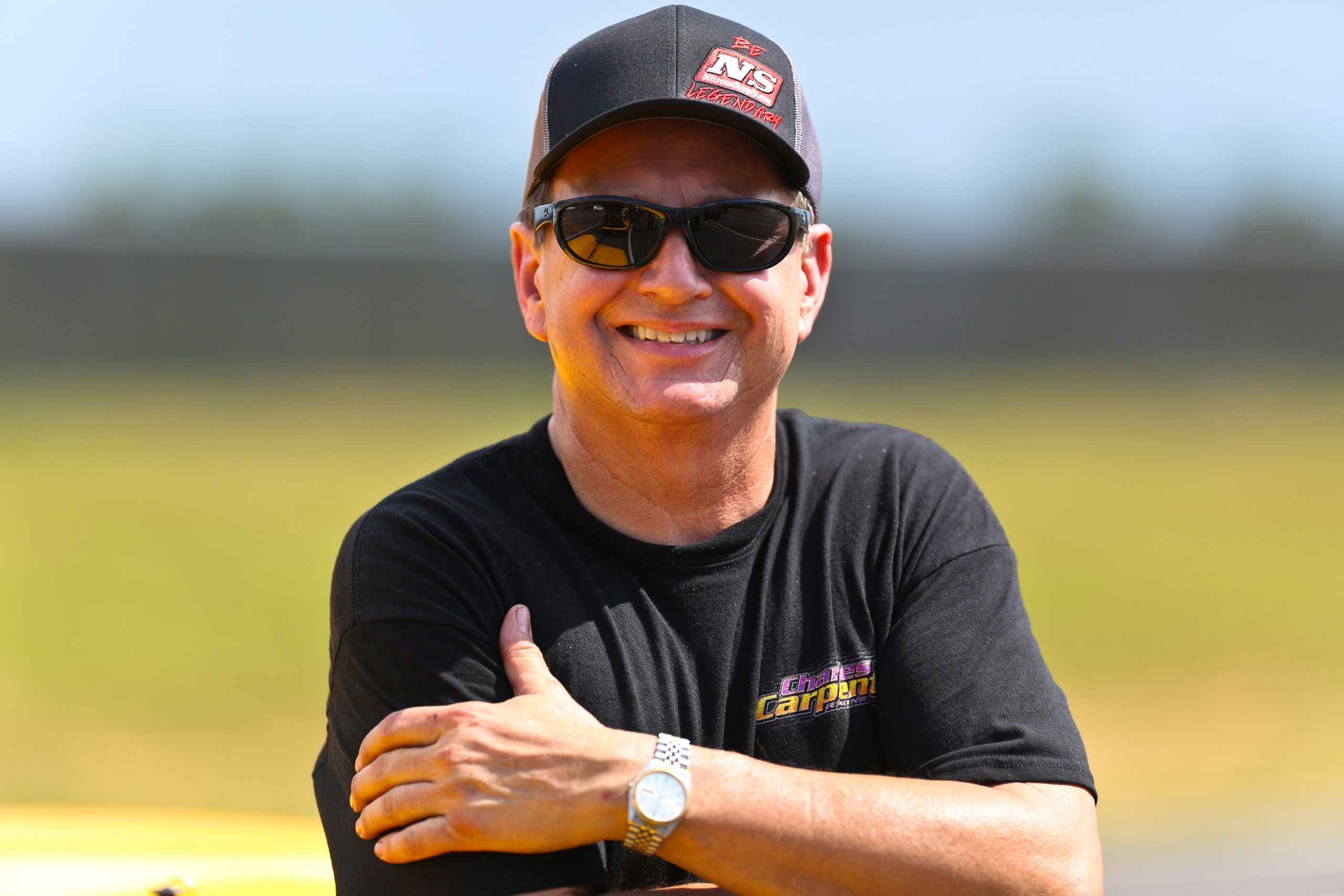 On October 12, what was set to be a usual busy Monday morning after a race, Charles Carpenter wasn’t feeling well. He admits he’s one to “work through anything,” so it was a surprise when he asked his girlfriend, Lori, to take him to the emergency room.

After listing his symptoms and undergoing a scan, the ER doctors determined the Pro Modified pioneer was in the middle of a massive stroke. The stroke was caused by blockages in his right carotid artery.

The doctors and nurses were surprised to learn that just two days prior, Carpenter had been driving a 200-mph Pro Modified Camaro. He was racing at PDRA DragWars at GALOT Motorsports Park that weekend without any major issues. He had a headache for a few days that he assumed was just sinus pain, and he was a little more tired than usual between passes, but nothing that seemed worthy of concern. 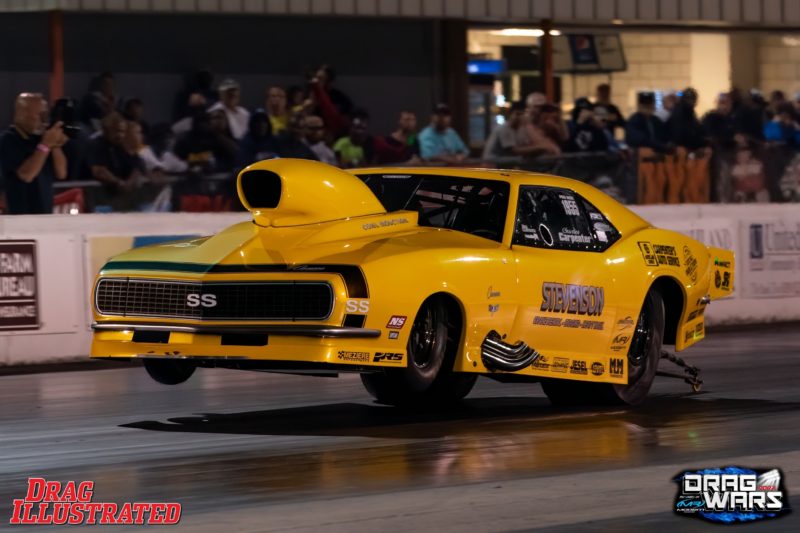 “I had lots of symptoms that I should’ve known,” said Carpenter, who lost his wife, Teresa, following a severe stroke in October of 2010. “I just missed them and didn’t react properly.”

Carpenter remained in the hospital until October 23, when he was moved to an inpatient rehab center. There he completed three hours a day of occupational, speech and physical rehabilitation exercises. He was released to go home on November 17, where he continues the recovery process through in-homerehab.

Nearly two months after the stroke, Carpenter is reflecting on the experience. He urges his family, friends, fans and fellow racers to study up on stroke symptoms and take the warning signs seriously.

“My whole mission out of this is to make everybody as stroke-aware as can be,” Carpenter said. “If you have weird things like this going on, go online and see what the signs are. Don’t end up like this. I was a little lax on my physicals and stuff. I think I can work through everything and I just kept trying to work through this. Like I told a couple people, I guess I’ve finally worked myself to death.”

Carpenter’s doctors believe a past injury may have caused the blocked artery that led to the stroke. It wasn’t caused by a clot that could move or cause another stroke, but by 100% blockage that formed over time. The legendary Pro Mod driver has suffered a couple major crashes during the course of his career, and one of those incidents may have created a silently ticking time bomb.

“It may have been from the wreck I had at the Houston ADRL race [in 2009],” Carpenter said. “That was a pretty violent crash. But they don’t know for sure. They don’t have a way to test it to be sure, but they think it is some kind of neck issue, damage in my carotid artery somewhere. These cars are harsh, but I can’t think of anything I’d done recently that would cause it.” 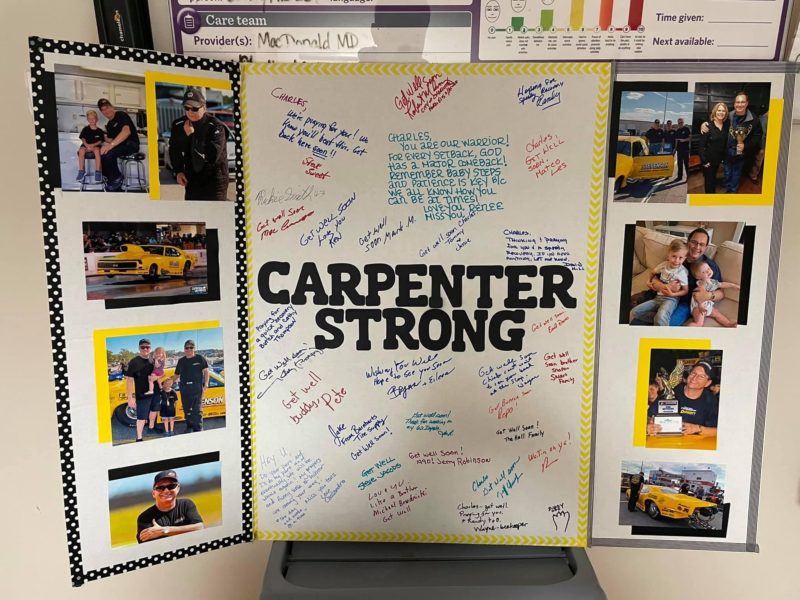 Despite the major health event, Carpenter is determined to make a complete recovery to the point that he can return to competition in his nitrous-fed ’68 Camaro. In just a handful of appearances this season, Carpenter was racing side-by-side with the full-time, top-tier nitrous Pro Modified teams in the PDRA’s Pro Nitrous class. He was recording career-best numbers in the 3.70-second range with his 908ci engine, often out-qualifying drivers with 959ci powerplants.

The next step on Carpenter’s road to recovery is more physical therapy. He’s also working through some newfound back pain.

“I’ve had some back injuries show up that I didn’t even know I had,” Carpenter said. “In my lower back I’ve got some herniated discs and I have a lot of back pain. It’s just trying to get all this stuff back in check. I never have downtime like this. When you have downtime, you have time for things to hurt.” 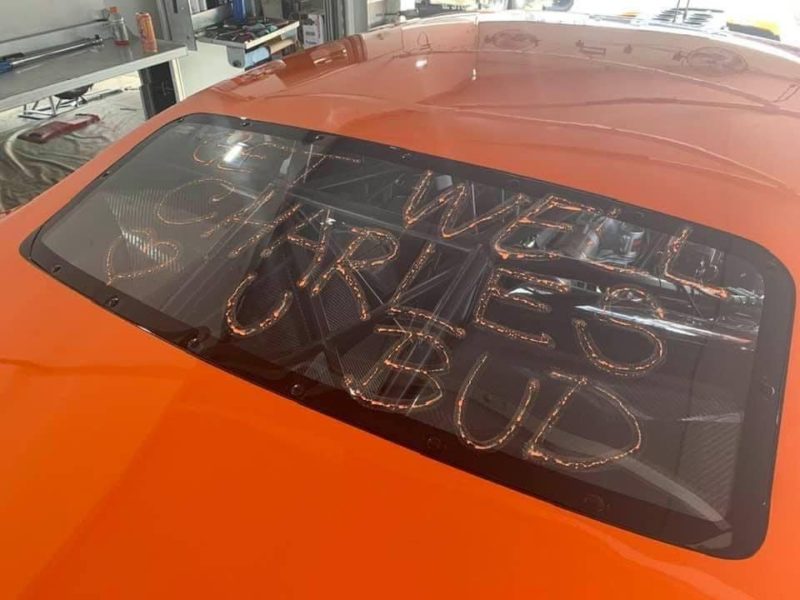 Through this experience, Carpenter has realized he has the whole drag racing community in his corner. Thousands of people offered prayers and well-wishes whenever Carpenter’s son and DI Chief Operating Officer, Mike, would post updates on Facebook. Hundreds of get-well-soon cards poured in and were hung up in his hospital room. Fellow Pro Nitrous competitor Jay Cox, who Carpenter has credited for his tuning advice in recent years, had a “Get Well Charles” message written on the rear windshield of his “Pumpkin” ’69 Camaro during the PDRA World Finals in mid-October.

“That’s been very motivating and humbling,” Carpenter says of the outpouring of support. “That’s what we love so much about the sport of drag racing. We’re competitors out on the racetrack, but when somebody’s down, we’re all trying to do anything we can to help them. I got so many cards at the hospital, it was overwhelming.”

“I would like to thank all the fans and racers for all the cards and everything I received in the hospital,” Carpenter continued. “It was very good therapy. It was very motivating.”