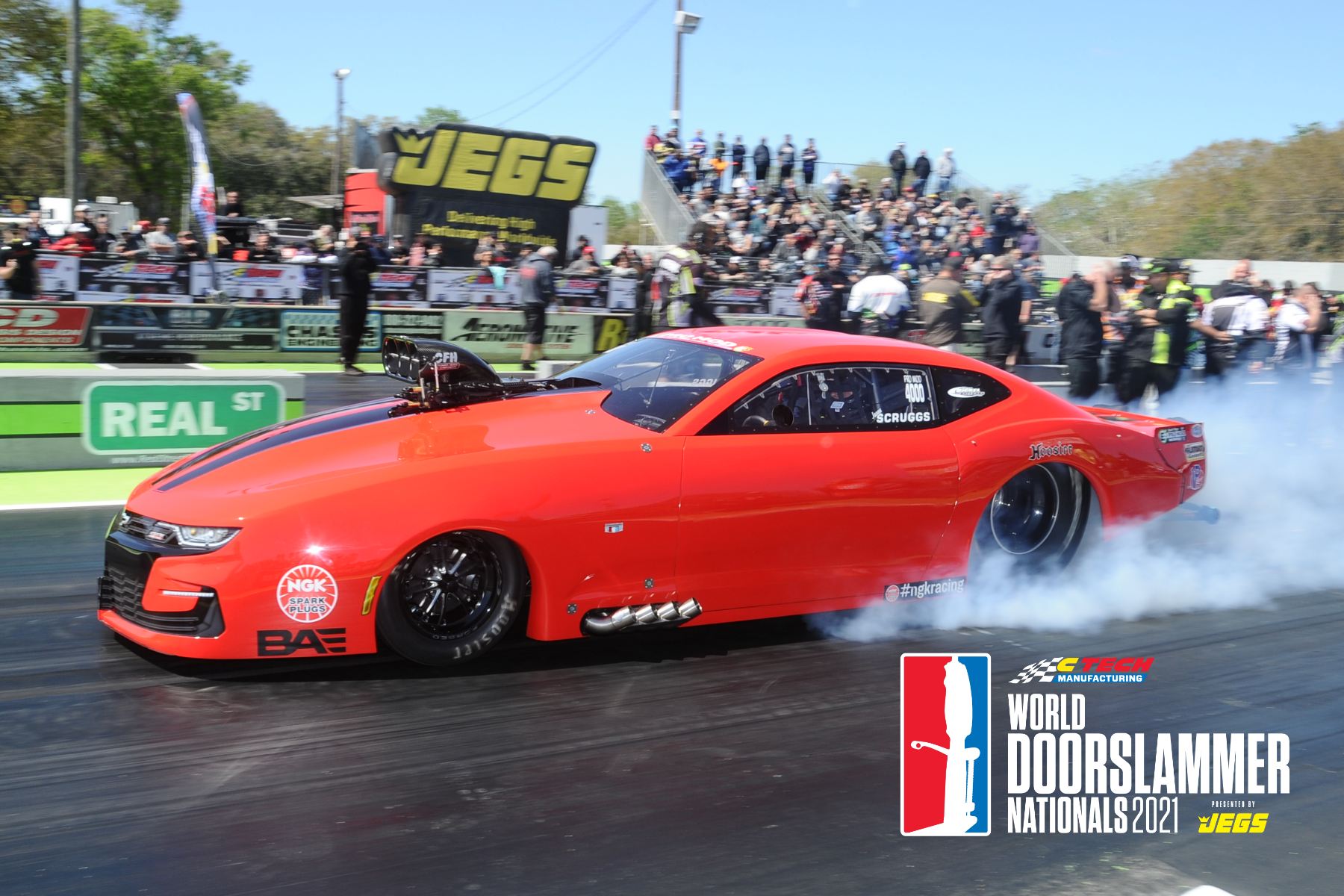 After a strong performance at the inaugural event, Pro Modified veteran Jason Scruggs is eager for another shot at the $50,000 prize at the second annual CTech Manufacturing World Doorslammer Nationals presented by JEGS.

Scruggs and his family business, ScruggsFarm.com, have also signed on as an event sponsor for the race happening March 5-7 at Orlando Speed World Dragway.

“You have the best Pro Mod and Pro Stock cars in the world there,” said Scruggs, one of the co-founders and former co-owners of the PDRA. “Drag Illustrated, Wes Buck and Elite Motorsports put on a great deal. With me coming from PDRA through the years, I know what it’s like to put on a race. People don’t really understand how much goes into it; how much thought, preparation and money goes into an event. If everybody can kind of do their part, it makes for a better event. It’s just a cool deal. It’s a good atmosphere and something I want to be involved with.”

In 2020, Scruggs was one of the heavy hitters at the World Doorslammer Nationals, which pays $50,000 to the winner in Pro Mod. He qualified No. 2 with a stout 5.656-second pass in his roots-blown ’20 Camaro, then set low E.T. of first round with a 5.671 to beat 2018 NHRA Pro Mod world champion Mike Janis. Scruggs’ weekend ended in the second round.

“Last year, one mistake we made was the sun came out and we didn’t read the track that well,” Scruggs admitted. “I shook the tires and pedaled second round and got beat. Other than that, we had a car that was capable of winning the race or at least going more rounds. Consistency is the main thing. No matter what we do, we need to go down the racetrack every time.”

Scruggs just returned from preseason testing at Florida’s Bradenton Motorsports Park, where he made multiple passes in the mid-5.60-second range. The conditions were like those Scruggs raced in when he qualified No. 2 in the 33-car field at the inaugural World Doorslammer Nationals, giving Scruggs confidence going into the second annual event. 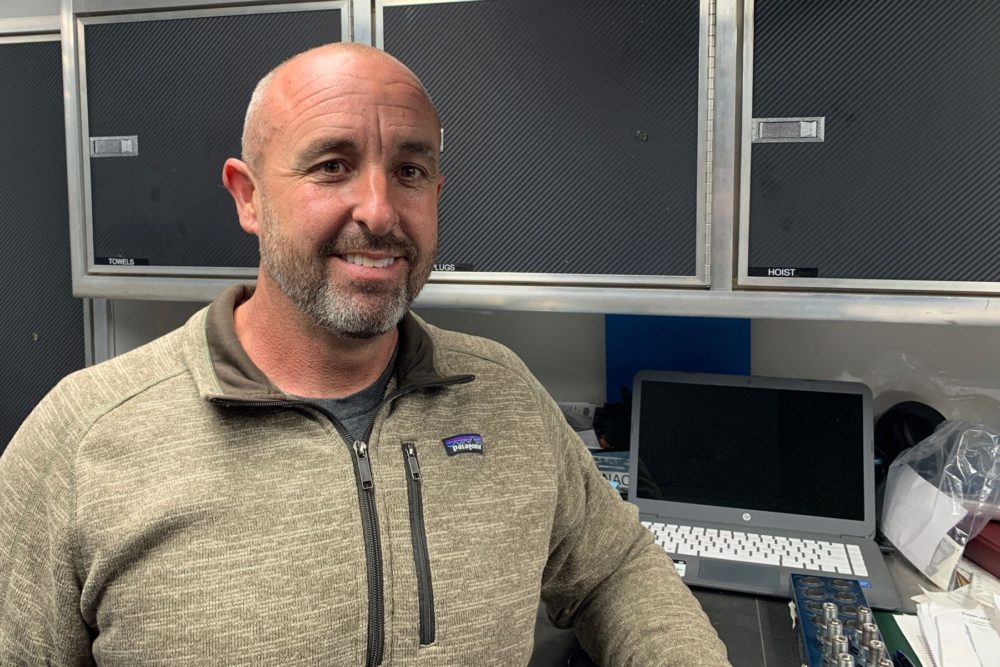 “We have a good combination if the air’s pretty good. We should hold our own if the air’s not,” said Scruggs, who moved over to quarter-mile legal Pro Mod in 2019 after winning multiple world championships in the eighth-mile Pro Extreme class. “You just don’t know what you’re going to get, so it’s hard to prepare for it. Last year we had really good conditions during the race, but you could go down there and get summer-like conditions with heat and humidity. That makes a lot of difference on how you prepare. We just have to get closer and try to race with what conditions we have and hope for the best.”

The World Doorslammer Nationals will be Scruggs’ first race of the season, with plans to attend around half of the 12 scheduled NHRA Pro Mod events.

The Mississippi native’s racing schedule is dictated largely by the work schedule of the family’s massive business portfolio in the Tupelo area. They farm up to 31,000 acres of soybeans and cotton, an operation that also includes two cotton gins. Their Scruggs Farm, Lawn & Garden Home Improvement Warehouse sells everything from potting soil to hay balers, with a full-service John Deere dealership on site. Scruggs and his father, Mitchell, go racing when the farming schedule allows it.

“We don’t get a chance to race as much as a lot of these guys that we’re racing with, but we have good stuff when we do show up,” said Scruggs, mentioning manufacturers like Hoosier Race Tires, NGK Spark Plugs, Flatout Gaskets, Joe Hornick Enterprises, Brad Anderson Enterprises and Chuck Ford Superchargers. “There’s no substitute for data and we’re getting more and more data. It is totally different than what I used to do for all those years [in Pro Extreme]. We just feel like we’re getting better as a team and learning how to adapt to different conditions. We think we can run with the top few cars.”