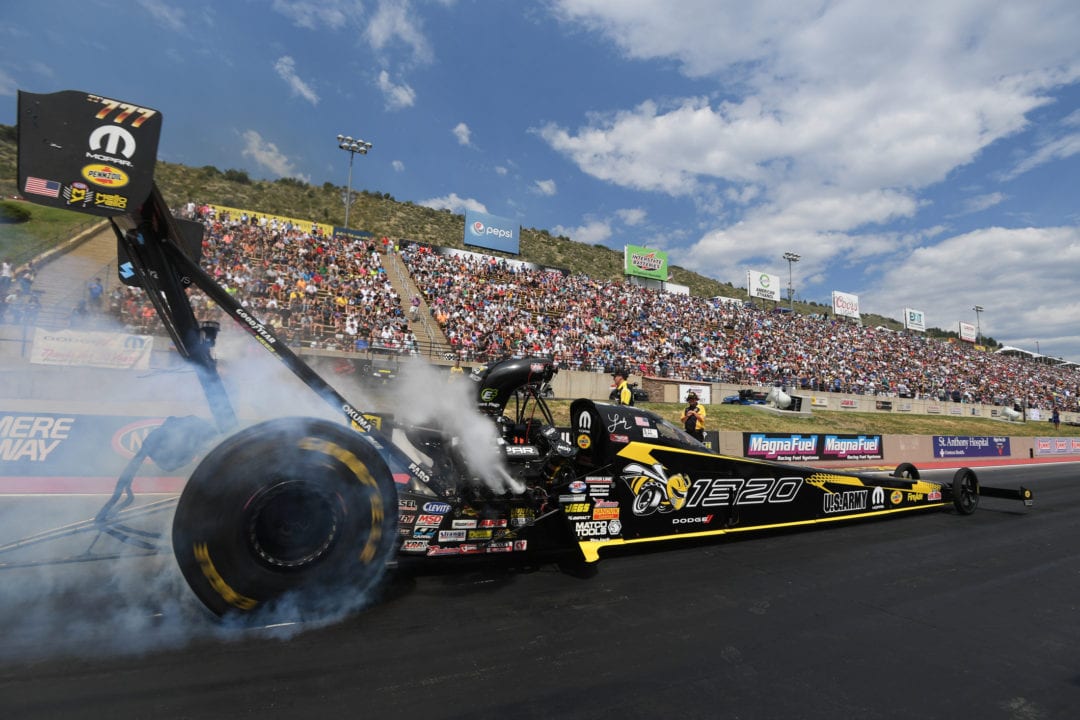 After winning at Bandimere Speedway a year ago at her sponsor’s race, Leah Pritchett was already excited to return to Denver to kick off the NHRA Mello Yello Drag Racing Series’ famed Western Swing at this weekend’s the Dodge Mile-High NHRA Nationals presented by Pennzoil. But after missing a race to open the month, consider that excitement even greater.

After a three-week break, Pritchett will return to her 11,000-horsepower Dodge MOPAR 1320 Angry Bee dragster, intent on keeping her success going on the mountain. Her talented team has been building towards its first win of the year, and there’s no denying that Pritchett’s excitement level is off the charts heading to one of the biggest races of the year on her personal scale.

“I don’t think there is another human that can parallel how I feel about getting back in the car at Denver right now, or getting the team back on the track,” Pritchett said. “I’m beyond motivated. It doesn’t take missing a race, or Denver being the mother flagship event to get my motor running, but it most definitely has kicked it into overdrive. It will have been 25 days since being behind the wheel of a nitro car, or since my team has been in race pace, but I can promise, everyone is as prepared as ever to defend what I consider a U.S. Nationals-caliber event.”

Pritchett (Top Fuel), John Force (Funny Car), Greg Anderson (Pro Stock) and Hector Arana Jr. (Pro Stock Motorcycle) were last year’s winners of the event that will be televised on FOX Sports 1 and FOX, including live final eliminations on FOX at 3 p.m. (ET) on Sunday, July 21. It is the 14th of 24 events in the 2019 NHRA season and is the traditional starting point of the challenging and iconic three-race Western Swing, which includes stops in Sonoma and Seattle. Racing at Bandimere Speedway means performing at an elevation of more than 5,800 feet, but Pritchett thrived in those conditions a year ago, beating Doug Kalitta in the final round.

Sensing how special the weekend is, Pritchett, who is currently seventh in points, is motivated for more success. The team, led by crew chief Todd Okuhara, has a winning formula on the mountain, advancing to back-to-back finals at the scenic facility. But Pritchett also feeds off a memorable atmosphere that starts with the Mopar Big Block Party, continues with night qualifying on both Friday and Saturday, and concludes with what she hopes are four great runs on Sunday.

“The energy is off the charts,” Pritchett said. “The incredible experience Dodge and MOPAR provide for the fans the entire week is unparalleled and undoubtedly contributes to the upbeat atmosphere. But, the fuel comes from the fans. They are the ones bringing the energy that will ultimately give our team that extra something special.”

Pritchett and her team appear back on the right path, advancing to the semifinals in Norwalk after a string of four straight first-round losses. She believes the team is ready to continue that momentum in Denver, even as Pritchett squares off with a loaded Top Fuel class that includes points leader and defending world champ Steve Torrence, who has won seven of the past eight races, Brittany Force, Antron Brown, Terry McMillen, Richie Crampton and Clay Millican.

“It had been a moment since we linked six full clean pulls together back-to-back, which is great not only for the data it provides, but team confidence,” said Pritchett, who has seven career wins. “Combine that with isolated momentum on the Denver mountain where we have reached the final round two years in a row, and we are prepared more than ever to connect our strengths and hoist the Wally on the mountain again in the 1320 Angry Bee Top Fueler.” 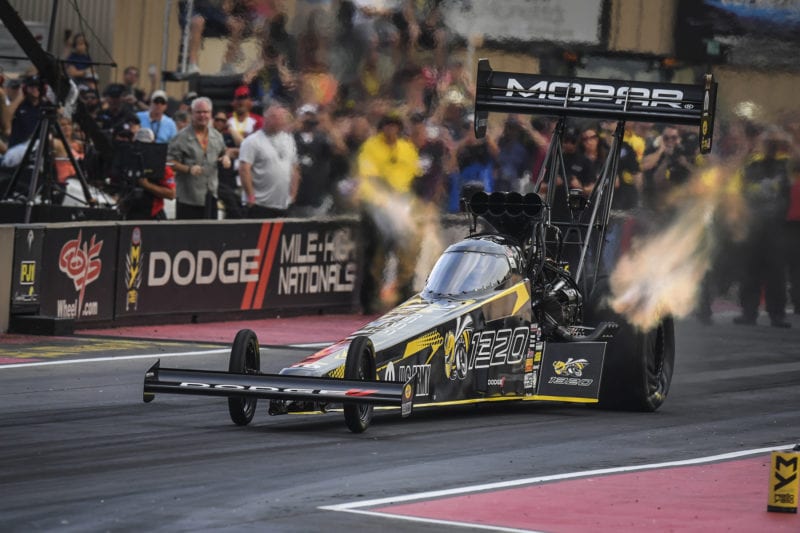