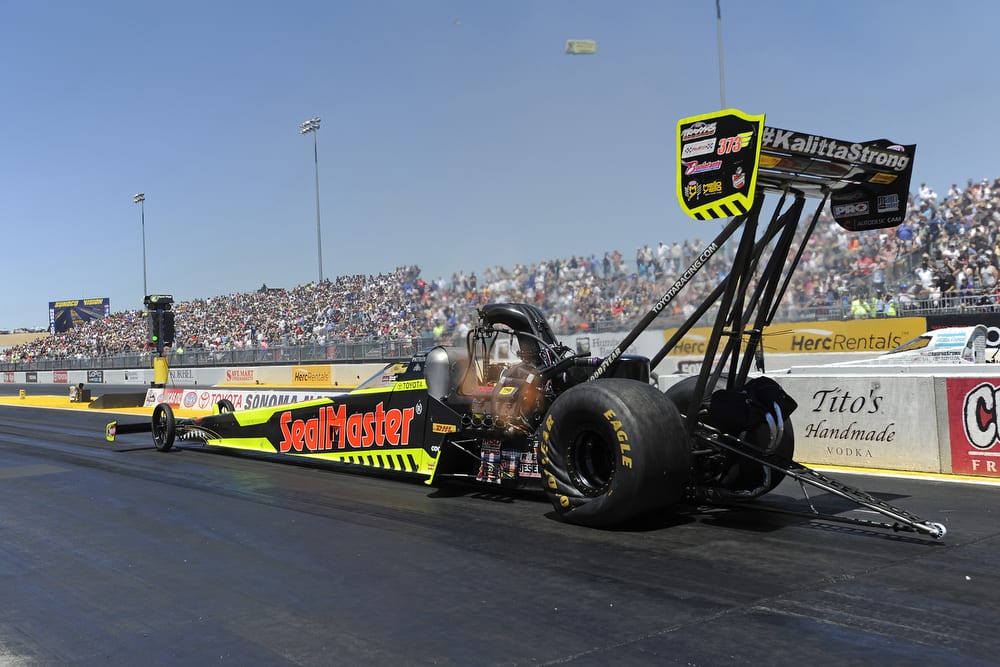 NHRA Top Fuel driver J.R. Todd enjoyed a banner season in 2016 as a third-year driver for motorsports legend Connie Kalitta and his Ypsilanti, Michigan-based Kalitta Motorsports team. Behind the wheel of the Kalitta and Rob Flynn-tuned SealMaster Top Fuel dragster, Todd raced to a career-high 37 round wins and six final rounds in 2016, ultimately finishing fourth in the points standings. The SealMaster team was on fire at the end of the season as Todd reached the final round at the final two races of 2016. Todd was looking like a solid bet for the 2017 NHRA Mello Yello Series Top Fuel championship chase – until a post-season driver shake-up at Kalitta Motorsports surprised everyone.

Shortly after the season-ending NHRA Finals at Pomona, 2015 Funny Car world champion Del Worsham announced he was leaving Kalitta Motorsports to focus on his family’s own Funny Car operation. Todd, who served as a crew member on Bob Gilbertson’s Funny Car before beginning his own driving career, was tapped to pilot the DHL Toyota Camry Funny Car seat vacated by Worsham. Top Fuel rookie Troy Coughlin Jr. was then named the new driver of the SealMaster Top Fuel dragster.

Becoming a Funny Car rookie 10 years after beginning his professional NHRA driving career is just the latest step in J.R. Todd’s dynamic career as a professional drag racer. Take a look back at some of Todd’s highlights in this DI Exclusive photo gallery from photographer Gary Nastase.