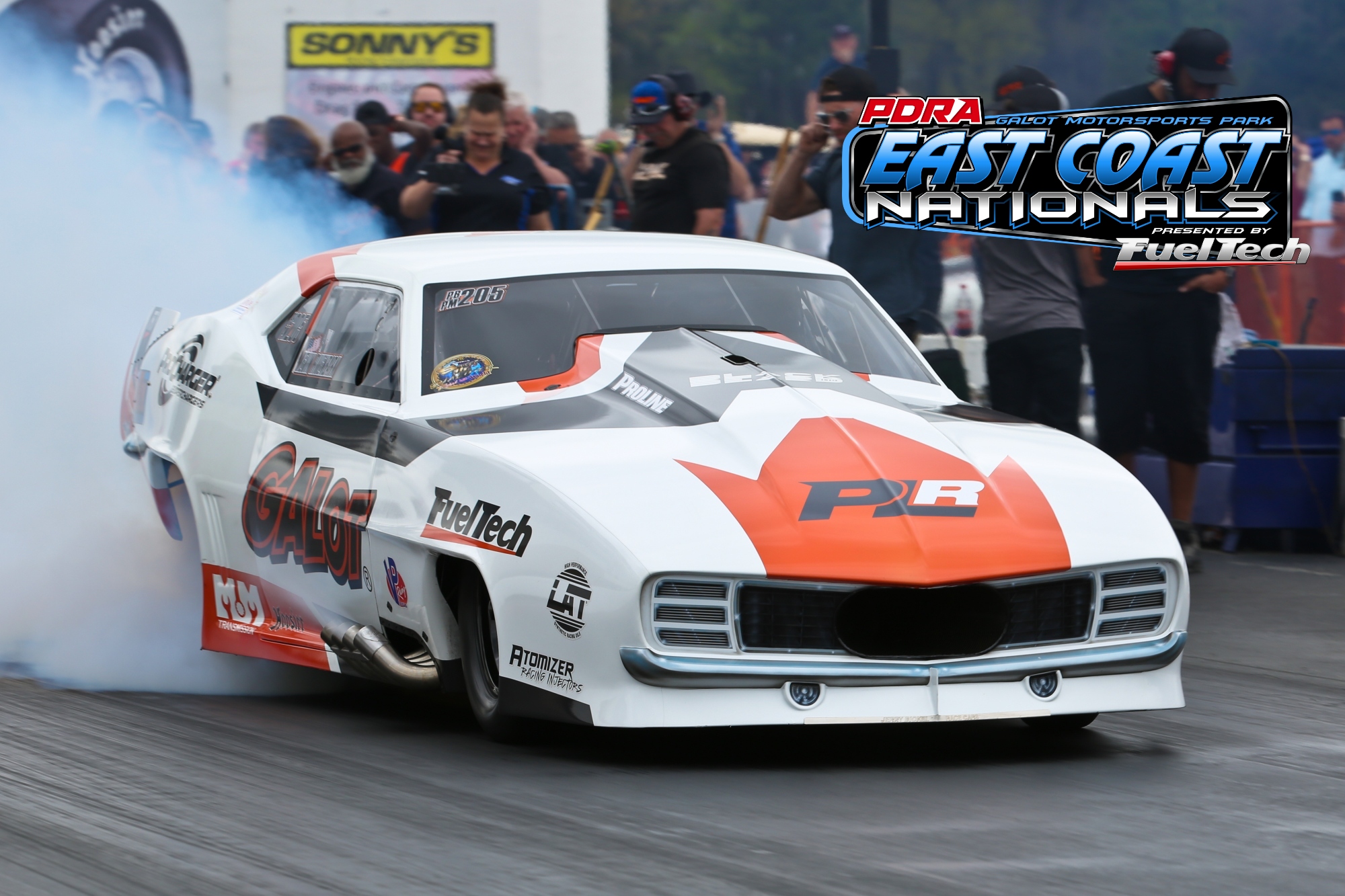 Almost two full months after the COVID-19 pandemic forced the postponement of the Professional Drag Racers Association (PDRA) 2020 season opener, the all-eighth-mile series is set to get back to racing at the East Coast Nationals presented by FuelTech this weekend, May 27-30, at GALOT Motorsports Park in Benson, N.C.

“This is a big, big deal for the PDRA and our racers, fans and sponsors,” said Tyler Crossnoe, series director, PDRA. “We’ve all been eager to kick off the season, and now thanks to the hard work by the GALOT Motorsports Park and PDRA teams, we’re finally able to go racing.”

“This class isn’t for Pro Mods or stretched-out cars,” Crossnoe said. “These are cars that actually look like ’78 Malibus or ’69 Camaros – cars you’d see on the street or that you might have sitting in the garage. Having a class like Pro Street adds some relatability. I think that will gain some fans. We’re trying to make a big splash in the small-tire world this year.”

Due to social distancing guidelines set by state and local health officials, PDRA officials had to set entry limits for the sportsman classes. The entries quickly sold out upon release, and a waitlist was established to provide alternates.

“That really says a lot about our sportsman racing crowd at the PDRA,” Crossnoe said. “Our sportsman racers are the backbone of the series, and they always show up in full force. We really wish we could accept as many entries as possible. With the distancing guidelines we must follow, along with the goal of completing this race in a timely manner, we had to cap the entries.”

The East Coast Nationals will begin with parking on Tuesday. Wednesday and Thursday are set aside for testing. Competition will begin Friday, with three pro class qualifying sessions on Friday, followed by eliminations on Saturday. Sunday is available for a rain date if needed.