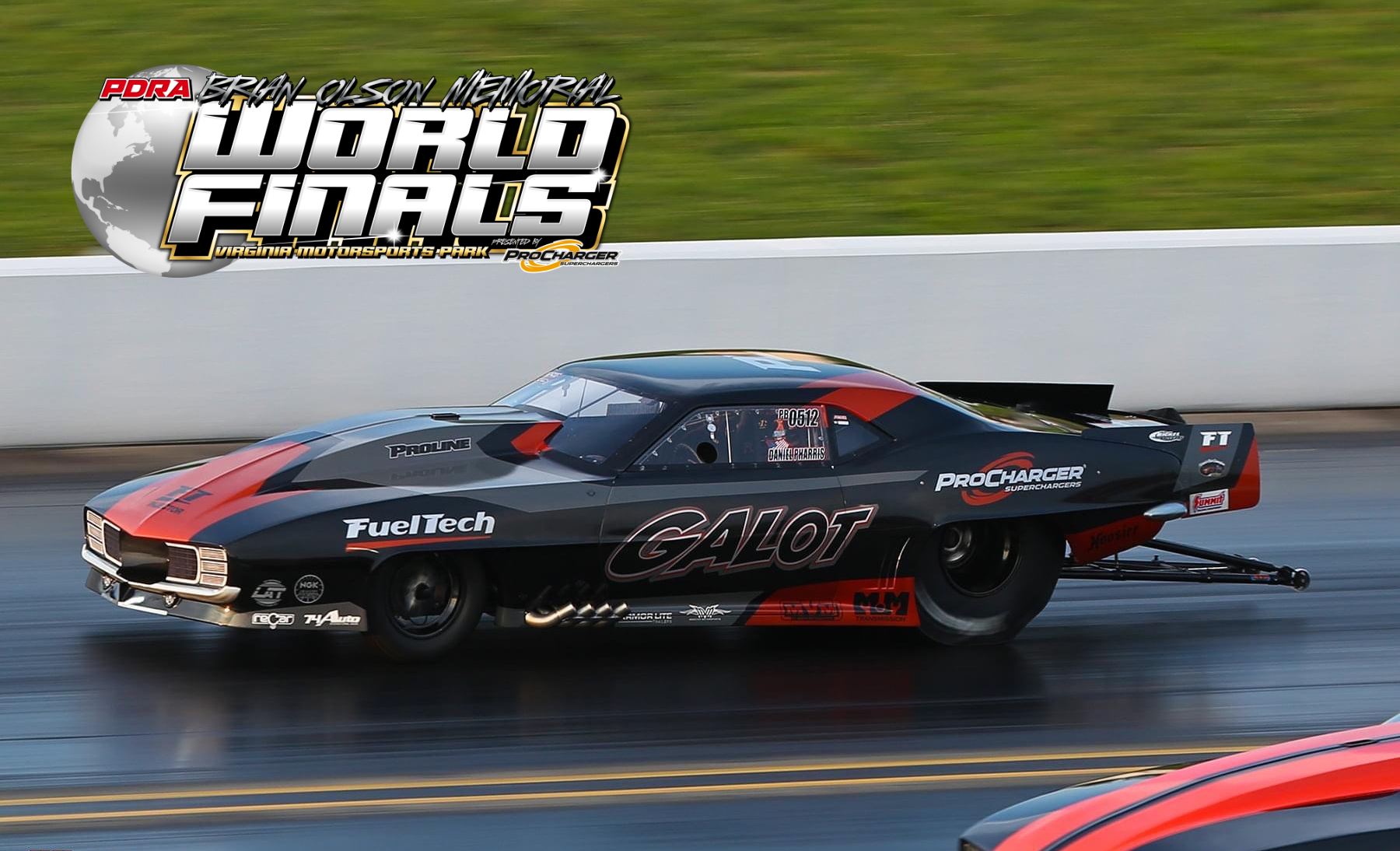 Nearly all of the 2021 Professional Drag Racers Association (PDRA) world championships are still up for grabs as the all-eighth-mile series rolls into Virginia Motorsports Park for the Brian Olson Memorial World Finals presented by ProCharger, Oct. 14-17. It’s the eighth and final race for the drivers and teams competing in the series’ professional, sportsman and Jr. Dragster categories.

“It’s been a thrilling season of competition, and it all comes down to this weekend at the World Finals,” said Tyler Crossnoe, race director, PDRA. “Racers from Pro Nitrous and Pro Boost to the Jr. Dragster classes will be giving it all they’ve got to close out the season with a win and maybe even a world championship. This is going to be a can’t-miss weekend of racing, that’s for sure.”

“Congratulations to Jim Halsey (Switzer Dynamics Pro Nitrous), Wes Distefano ($hameless Racing Pro Outlaw 632), and Nick Meloni (MagnaFuel Top Sportsman) for their incredible performances this season,” Crossnoe said. “While there are three championships decided, there are a ton of titles up in the air with extremely tight points standings.”

The most competitive championship battle is raging in Penske/PRS Pro Boost presented by WS Construction, where two-time world champion Kevin Rivenbark is the points leader. Rivenbark crashed his ProCharger-boosted GALOT Motorsports ’69 Camaro during prerace testing at DragWars earlier this month, though he secured a backup ride for DragWars and the World Finals when competitor Stan Shelton offered up his screw-blown Culp Lumber ’19 Mustang. Inaugural Pro Boost world champion Todd Tutterow is less than one round behind Rivenbark with a win and three consecutive runner-up finishes. DragWars winner Daniel Pharris is just over two rounds behind Rivenbark, while Randy Weatherford and Johnny Camp are also mathematically eligible.

With two wins and two runner-up finishes, Chris Powers is the championship leader in Liberty’s Gears Extreme Pro Stock presented by AED Competition. The driver of the Sonny’s Racing Engines ’18 Camaro has less than a one-round lead over JR Carr, who tightened up the title battle with his runner-up finish at DragWars. Defending world champion Johnny Pluchino sits three rounds and four qualifying points behind Powers.

Defending world champion Travis Davis is chasing his third consecutive title in Drag 965 Pro Nitrous Motorcycle. Davis won his third race of the season at DragWars, giving him a slim points lead over perennial championship contender Chris Garner-Jones. With a win and two runner-up finishes, Garner-Jones is less than one round behind Davis.

The first-ever Drag 965 Pro Street world championship is still up for grabs, though Tim Essick in his ProCharger-boosted “Brown Sugar” ’18 Mustang has a commanding lead. He has three wins and a runner-up finish in five races. Jesse Lambert is the only driver still mathematically eligible to pass Essick with his two wins.

The World Finals will also include Halloween festivities like the PDRA’s annual Trunk or Treat, a costume contest, and a Best Decorated Golf Cart contest, all taking place on Friday evening.