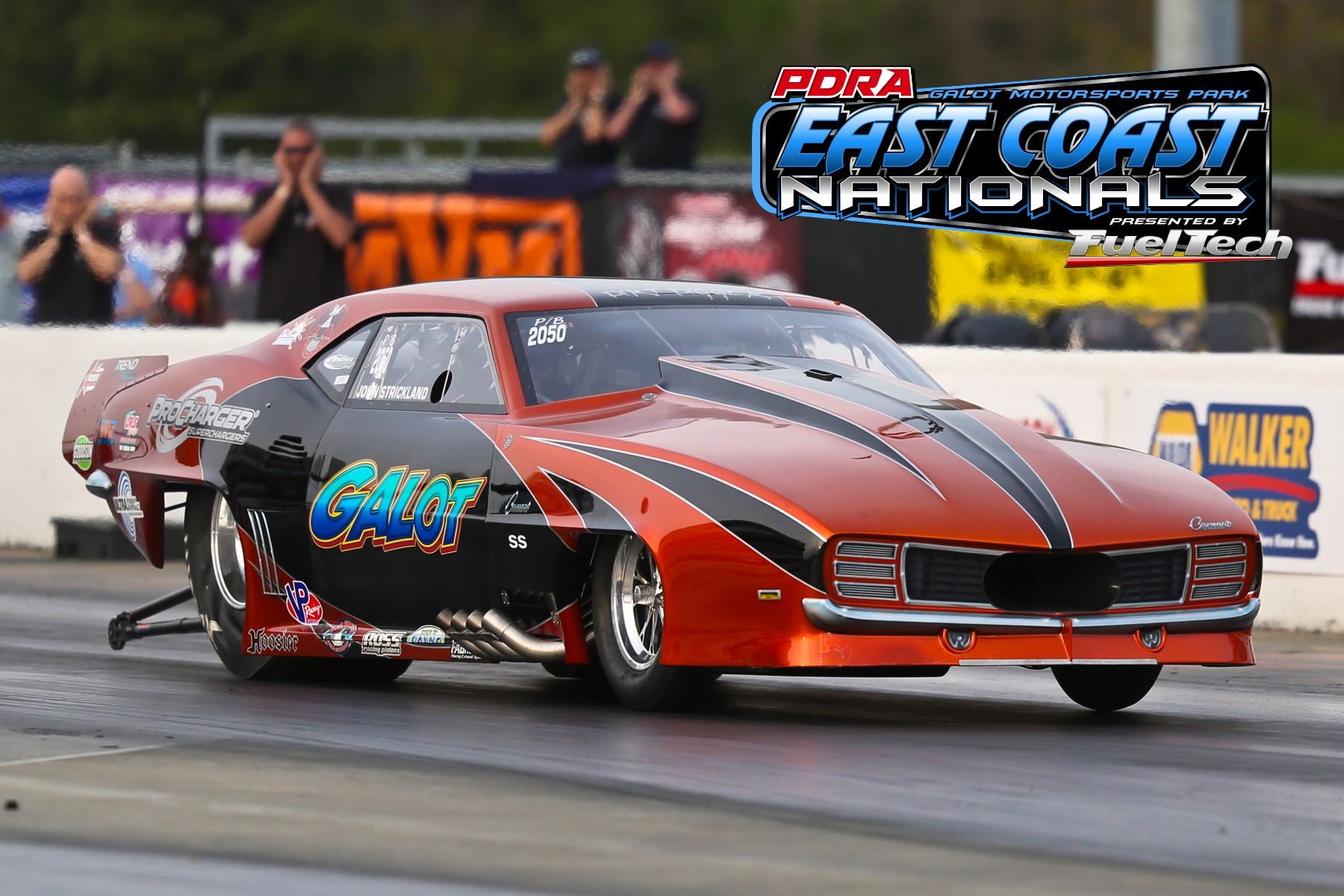 During this weekend’s Professional Drag Racers Association (PDRA) East Coast Nationals presented by FuelTech, the all-eighth-mile series will officially celebrate its 2020 world champions before kicking off the eight-race 2021 PDRA season. The PDRA Championship Banquet will take place following Thursday testing, while the PDRA’s professional and sportsman racers will begin their 2021 championship bids Friday and Saturday at GALOT Motorsports Park.

“The season-opening East Coast Nationals is usually one of our bigger races, but we’re taking it to another level this year,” said Tyler Crossnoe, race director, PDRA. “We weren’t able to celebrate our champions at our usual banquet in December since the PRI Show was cancelled, so we’re doing the next best thing by getting everyone together after testing on Thursday. Then you add a full weekend of racing with a packed lineup, including some new names in several classes. That combination should make for a fun, exciting weekend.”

The PDRA Championship Banquet will take place Thursday at 7 p.m. at The Barn at Broadslab Distillery, located just a few minutes from the track. Transportation between the track and the banquet will start at 6:30 p.m. and will continue until everyone is back at the track following the banquet. Doors open at 7 with dinner served at 7:30. The banquet is in place of the typical PDRA banquet held in Indianapolis during the PRI Show.

“After the PRI Show was cancelled, we wanted to find a way to celebrate our world champions at a time and place that worked for as many drivers and teams as possible,” said Judy Franklin, co-owner, PDRA. “This year’s banquet will be different than the ones in the past, but it will still be a great time. We look forward to finally getting to celebrate our champions and those that finished in the Top 10.”

“The first race of the year is always pretty exciting,” said Halsey, who won the Pro Nitrous title in 2019 and 2020. “We just can’t wait to get started chasing another PDRA Pro Nitrous championship. I want a repeat. I want a three peat.”

In addition to the defending world champions and PDRA stars like Tommy Franklin, Jay Cox, Melanie Salemi, and John Montecalvo, the East Coast Nationals will play host to some returning standouts and new faces. Todd “King Tut” Tutterow is returning to Pro Boost as a teammate to Kurt Steding. Small-tire racing standout Daniel Pharris will run Pro Boost as the new driver of one of the GALOT Motorsports ’69 Camaros. Past Pro Outlaw 632 event winner Jeremy Huffman will make his Extreme Pro Stock debut. Preston Tanner, who won the 2015 Pro Jr. Dragster world championship, will make his Pro Boost debut, while his younger sister, Lexi, will make her debut in Pro Outlaw 632.

The East Coast Nationals is the first of six races for the Drag 965 Pro Street class, which will follow a new rule package this season. The new rule package was crafted with the intention of bringing back Outlaw 10.5-style racing, with the 2021 rules limiting the max tire size to 33×10.5W and prohibiting radial tires. Outlaw 10.5 hitters like Jesse Lambert, Nick Agostino and Tim Essick are expected to participate.

Spectator tickets for the East Coast Nationals presented by FuelTech are available for $15 for Thursday testing and $20 for Friday or Saturday, while a weekend pass is available for $50. Kids 10 and under get in free with a paid adult ticket. Tickets are available at www.PDRA660.com.

“What I’m really excited for is to race in front of spectators again and put on a show,” said Johnny Pluchino, the defending world champion in Extreme Pro Stock. “With limited or no fans at the events last year, it really makes you appreciate their attendance. It’s just a totally different vibe.”