It’s a typical hot summer day in Harrells, North Carolina, where John Strickland owns and operates S&S Backhoe Services, a grading, excavating and concrete contracting business. He’s in the middle of airing up a tire so he can go move an excavator to a jobsite. It’s an ordinary Wednesday afternoon for Strickland, the points leader in Penske/PRS Pro Boost presented WS Construction after the first half of what is now a six-race season for the PDRA.

“I do whatever needs to be done,” says Strickland. “Some days I’m running a truck and a lowboy, some days I’m in the office, and some days I’m helping the guys or running a piece of equipment or meeting on a job – whatever I have to do to keep the ball bouncing.”

By the time Thursdays or Fridays roll around, Strickland has to leave his construction work to focus on one of his three racing endeavors under the GALOT Motorsports umbrella. One weekend, he’ll head to the Midwest to campaign one of the team’s Super Stock Open pulling tractors. The next weekend he might be working an event with his wife Dana at GALOT Motorsports Park in Benson, North Carolina. And on more than a handful of weekends a year, Strickland can be found racing his GALOT Motorsports ’69 Camaro in Pro Boost and Pro Modified events.

It’s a hectic schedule, and it takes a lot of people in the right places to ensure everything runs smoothly.

“I’ve got some really good help,” Strickland says of the employees at his business. “The guys I have here, all of them have been with us a long time and everybody steps up to the plate when I’m out of place, which is good.

“As far as the racing goes, we have really good folks there too as far as keeping the cars going and the maintenance we need to do,” Strickland says. “That helps me out a lot to where I’m not directly involved in the day-to-day operations of getting the cars going, or the tractors. I just kind of show up and do what I can do to help at the track and drive. I’ve got a really good deal.” 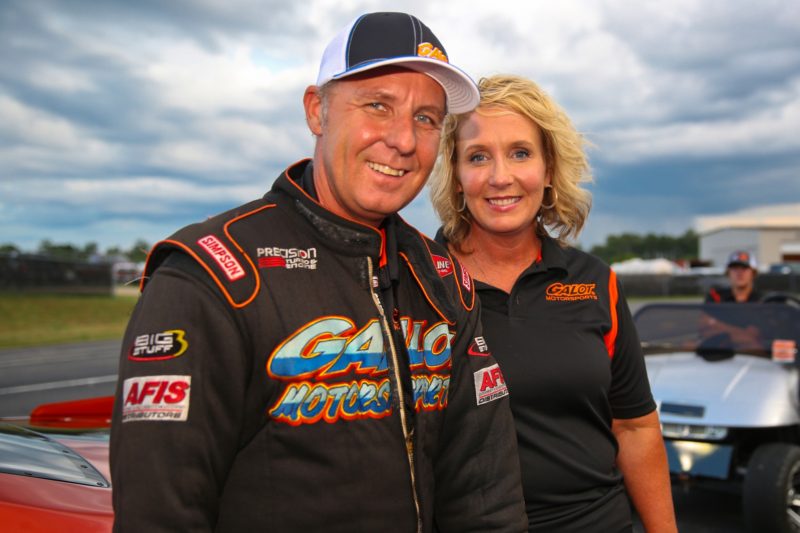 Strickland is sure to point out that his wife is also a key player in the group of people he relies on to go racing at such a high level.

“She’s been mighty good all these years about supporting me and letting me be gone and being one of my biggest fans,” Strickland says. “I’m so thankful for her supporting me, sometimes working at home while I’m out playing. I couldn’t do it without her.”

But it all starts with the owners of GALOT Motorsports, and Strickland’s in-laws, Earl and Peggy Wells. Earl, a longtime tractor pulling enthusiast who later became interested in drag racing, oversees the tractor pulling and drag racing teams and the track, with input from the Stricklands and Rivenbark.

“Mr. and Mrs. Wells, they’ve gone way above and beyond getting us good people to work with and giving us this opportunity,” Strickland says.

This season, Strickland and Rivenbark are really getting into a groove with their Proline-prepared, ProCharger-boosted entries. They were rather successful in 2019, with each driver taking a PDRA win. Rivenbark won the Pro Boost world championship and Strickland won the Shakedown Nationals in Pro Modified.

They’re on pace to have an even better season this year, though, as both drivers have a win and a runner-up finish in the first three races. Strickland defeated Rivenbark in an all-GALOT final round at the Carolina Showdown presented by ProCharger at Darlington after taking runner-up at the season-opening East Coast Nationals presented by FuelTech at GALOT. Rivenbark won the most recent race on tour, the Proline Racing Mid-Atlantic Showdown presented by Line-X at Virginia, where Strickland red-lighted away a 3.69. 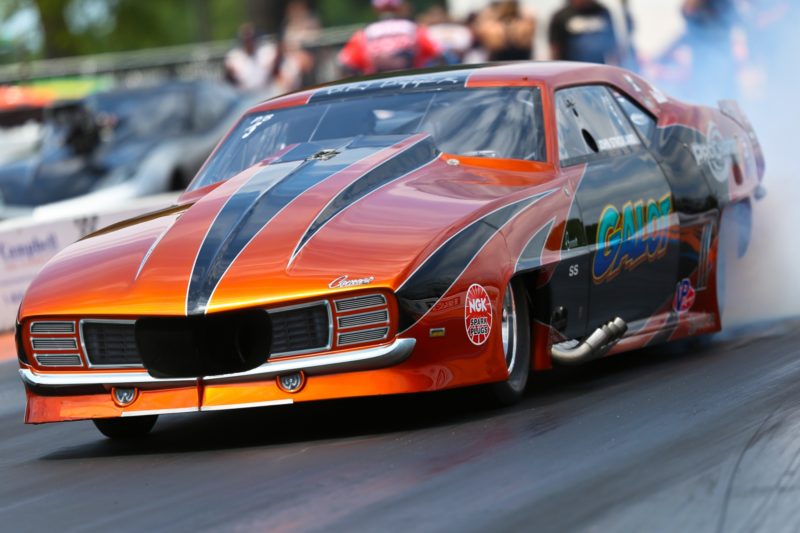 It’s a championship-caliber group from top to bottom. Before winning the world championship together last season, the GALOT and Proline groups each won PDRA Pro Boost championships separately. GALOT won the inaugural title in 2014 with Todd Tutterow driving. Rivenbark earned another championship in 2016 in a roots-blown entry tuned by Tutterow and Jeff Bohr. Proline won it the following year with Jose Gonzalez’ turbocharged car.

Together, it’s a powerhouse combination full of talented people. Strickland credits them for the success he’s enjoyed so far.

“It’s just a pleasure to be involved with such a successful group of people,” Strickland says. “As a driver, I tell them all the time, I feel like I’m the smallest piece of the puzzle. I get in there and do what I do and I actually screw it up from time to time. They’re good enough that they can help me overcome a lot of my lack of ability. It’s just great to be a part of this team.”

Even after a handful of seasons in eighth-mile Pro Modified racing, Strickland downplays his driving abilities. But he’s improved considerably since his rookie season in 2015. Plus, he’s more motivated than ever to secure a Pro Boost world championship to go along with his four National Tractor Pulling Association national championships.

“Driving is what I like to do,” he says. “I know I’m probably not the best driver out there, but it sure makes you feel good when you’ve got championships in tractor pulling, then you can get in the car and win a few races or even win a championship. It makes it feel like the passion you have for driving and the effort you put in makes it all worth it.”