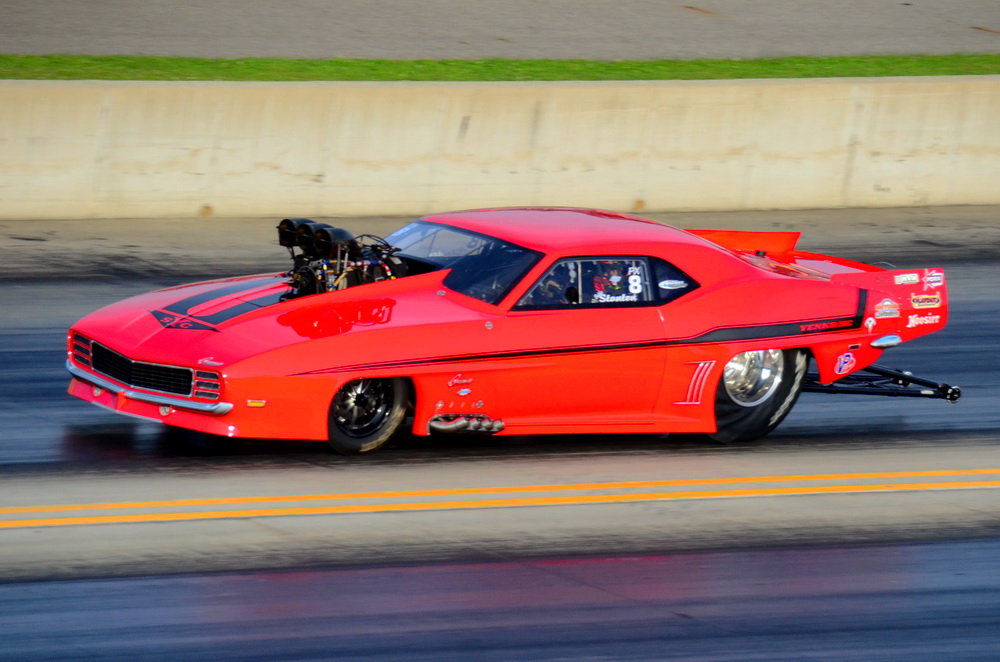 With four races left in its inaugural eight-race season, the all-eighth-mile Professional Drag Racers Association (PDRA) heads to Virginia Motorsports Park, near Richmond, this weekend (July 24-26), for the NAS Racing PDRA U.S. Drags. With 100 points available for each round win, each event continues to take on significance.

After winning all four previous events this year, though, it probably won’t concern Jason Harris, who has a stranglehold on the Switzer Dynamics Pro Nitrous lead. At 2,211 points, the Pittsboro, NC-based racer has nearly double the points of his closest rival, Tommy Franklin (1,150), who is closely followed by Pat Stoken, class rookie Lizzy Musi and Tim Savell.

A trio of past world champions with a prior organization head up the star-studded NAS Racing Pro Extreme points list, starting with ’06 champ Bubba Stanton (1,709), 2010 champion Mick Snyder (1,237), and Stanton’s teammate Jason Scruggs (1,160), who won back-to-back titles in 2007 and 2008. Stanton, from Potts Camp, MS, won the first two races this year at Rockingham, NC, and Valdosta, GA, while fifth-place man Randell Reid won the most recent pair of events at Memphis and last month at Martin, MI. Brandon Snider currently sits fourth.

Two-time past champ Eric McKinney (1,535), who has won three of the four PDRA Pro Extreme Motorcycle races this year, holds just over a seven-round advantage over teammate Ashley Owens, who in turn is followed in the points by Jay Fisher, Canadian Terry Schweigert and T.T. Jones.

Though yet to win this year, consistent deep runs into eliminations have put Dan Ferguson on top of the MagnaFuel Top Sportsman class with 1,336 points. Three rounds back in second is Georgia winner Dylan Stott, followed by Memphis winner Cheyenne Stanley, 2013 class champion Aaron Glaser, who won in Michigan, and Ronnie Davis.

Wins at the most recent two events propelled Jeff Mandell (1,200) past Rockingham winner Travis Harvey and into the STT Safety Equipment Top Dragster points lead by just over two rounds’ worth of points. Behind Harvey in third is Danny Payne, followed by Gary Bingham and Ken Batchelor.

Complimentary tickets to the inaugural NAS Racing PDRA U.S. Drags are available at many retailers and commercial outlets in the Virginia Motorsports Park area, or can be printed for free from the PDRA web site. Parking is $20 per vehicle daily.