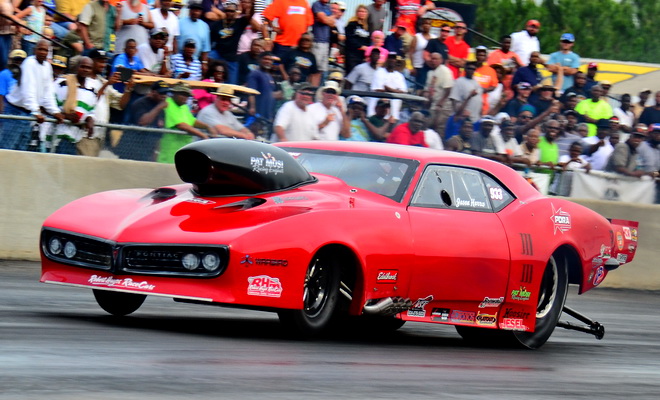 With just two events of its inaugural season in the books, the Professional Drag Racers Association (PDRA) is already seeing several frontrunners emerge as it heads this weekend (May 23-24), to Memphis International Raceway in Millington, TN. 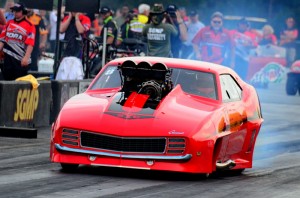 Also expected to make strong runs in Pro Extreme at Memphis will be Frankie Taylor, who made an unprecedented 3.48-seconds pass at Rockingham, marking the first time for a doorslammer to dip below three-and-a-half seconds in the eighth mile, and Eric Dillard, who shattered the 220-mph barrier at the same race in setting a new official speed record of 221.05 mph.

Sure to challenge Harris in Pro Nitrous will be class rookie Lizzy Musi, who became the first woman to exceed the 200-mph mark in her class debut, along with Tommy Franklin and Bob Rahaim, who reached the final round at each of the first two events, respectively.

Goforth defeated Richard Penland in the Extreme Pro Stock season opener, then took down Trevor Eman in the Georgia final. All three drivers will be looking to at least repeat those performances at Memphis, but Goforth’s father and team owner, Dean Goforth, will provide some stiff competition, as will John Montecalvo, who qualified number one in Georgia. 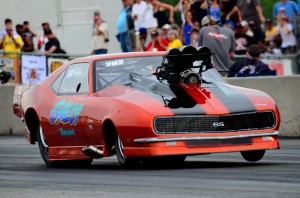 The first ever Pro Boost win at Rockingham went to veteran driver and tuner Todd Tutterow over Todd Moyer. In Georgia, Tutterow qualified first, but the win there went to Kevin Fiscus in his first PDRA appearance. In a class loaded with talent that typically includes several NHRA Pro Mod regulars, Memphis race fans can expect the Pro Boost class to put on a tremendous show.

Back-to-back former class champion Eric McKinney performed as expected at Rockingham, taking the first PDRA Pro Extreme Motorcycle win, but Georgia’s own Travis Davis prevailed over Ron Procopio in the two-wheeled final at the next race. Also poised to go fast at Memphis will be McKinney’s teammate Ashley Owens and motorcycle drag racing legend Paul Gast, who qualified on top at the Rock.

Thursday (May 22) is reserved as an open test session day for all PDRA racers on the Memphis International eighth mile, with Friday continuing the test session for four hours beginning at 10 a.m., followed by two complete rounds of qualifying for all classes starting at 3:30 p.m. that afternoon. A third and final round of qualifying beginning at 11 a.m. will open Saturday’s schedule, with a pre-race ceremony set to go at 2:30, followed by elimination rounds and a jet car exhibition to close out both Friday’s and Saturday’s action.

Complimentary tickets to the inaugural PDRA Spring Open are available at many retailers and commercial outlets in the Memphis International Raceway area, or can be printed for free from the PDRA web site at http://www.pdra660.com/free-tickets/2014/memphis-drags/. Parking is $20 per vehicle daily.