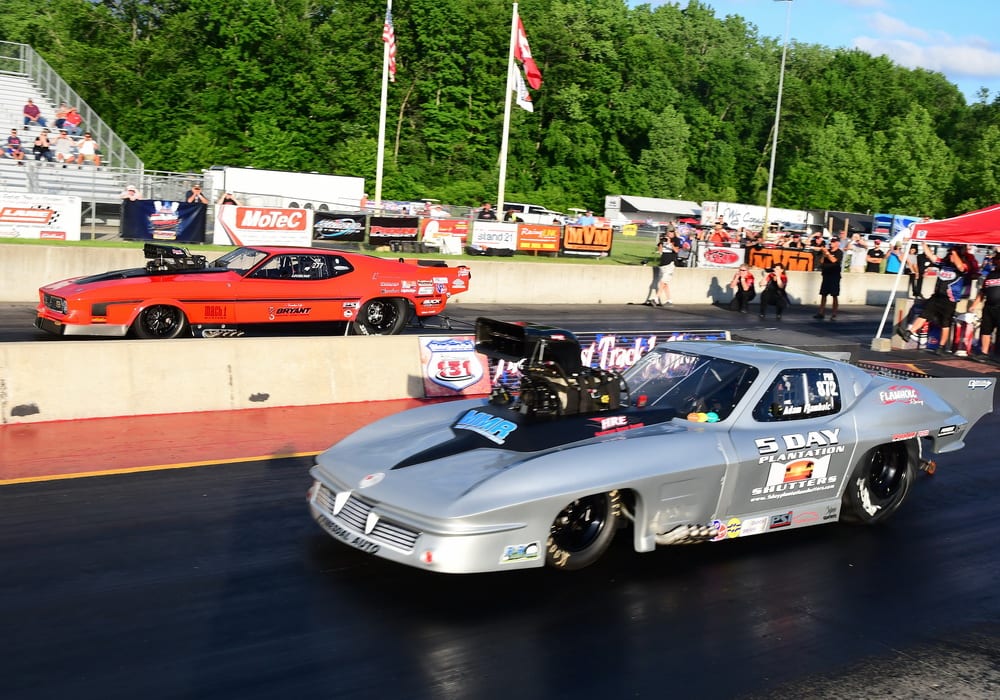 This season the PDRA has worked diligently to revive the Pro Extreme category, which has, in recent years, been losing racer support. The PDRA secured new sponsors and programs designed to ensure the class’ longevity with the series. Unfortunately, racer support continued to wane. A small handful of racers remained faithful to the class, but the lack of strong competition was evident.

“The competition is not there,” began PDRA’s Bob Harris. “While the racers appreciated the PDRA paying the full payout for races for only a few Pro Extreme cars, they expressed they would rather enjoy strong competition than just show up for easy money. Our Pro Extreme racers have begun looking at other options. Terry Leggett and Jason Scruggs both plan to move to a roots style blower and run Pro Boost.

“A few weeks ago we stated we would support the class all year,” Harris continued. “Since then we have talked to the racers that have been involved in the class this year and racers that we thought may come on board and we realize that continuing the class would have little benefit for the series or our racers.

“Our motto of being ‘by racers for racers’ has never come into question. We want to support our racers and do what’s best for them. We believe that this is the wisest decision based on our feedback from the racers. We gave it a one hundred percent effort to rally the class and get more racer support involved, but that’s just not going to be the case. We had plenty of sponsorship this season and those sponsors have all expressed they are going to continue supporting the PDRA and its racers.

“This class arrived 10 years ago. We realize that since that time Pro Mod has greatly diversified. It’s clear the current trends are supporting a more streamlined version of Pro Mod, which is why our Pro Boost category has been so popular and continues to gain strength. Although the incredible speeds and outlaw nature of Pro Extreme and screw blowers have great appeal, it’s a unique niche in Pro Mod that has, at least for a time, run its course. It was good while it lasted over the years and, who knows, it could come back some day.”

Pro Extreme will not be contested at PDRA events for the remainder of the year.

“We’d like to thank class sponsors Bryant Industrial Crane and Rigging, ProLine, and Quick Drive as well as class supporters Leggett Logging and Scott Farley and Michelle and the contingency partners that supported the class. Their efforts and commitment have not gone unnoticed or unappreciated by the PDRA or the racers. We are grateful for their efforts in Pro Extreme and their dedication to the PDRA as a whole.”