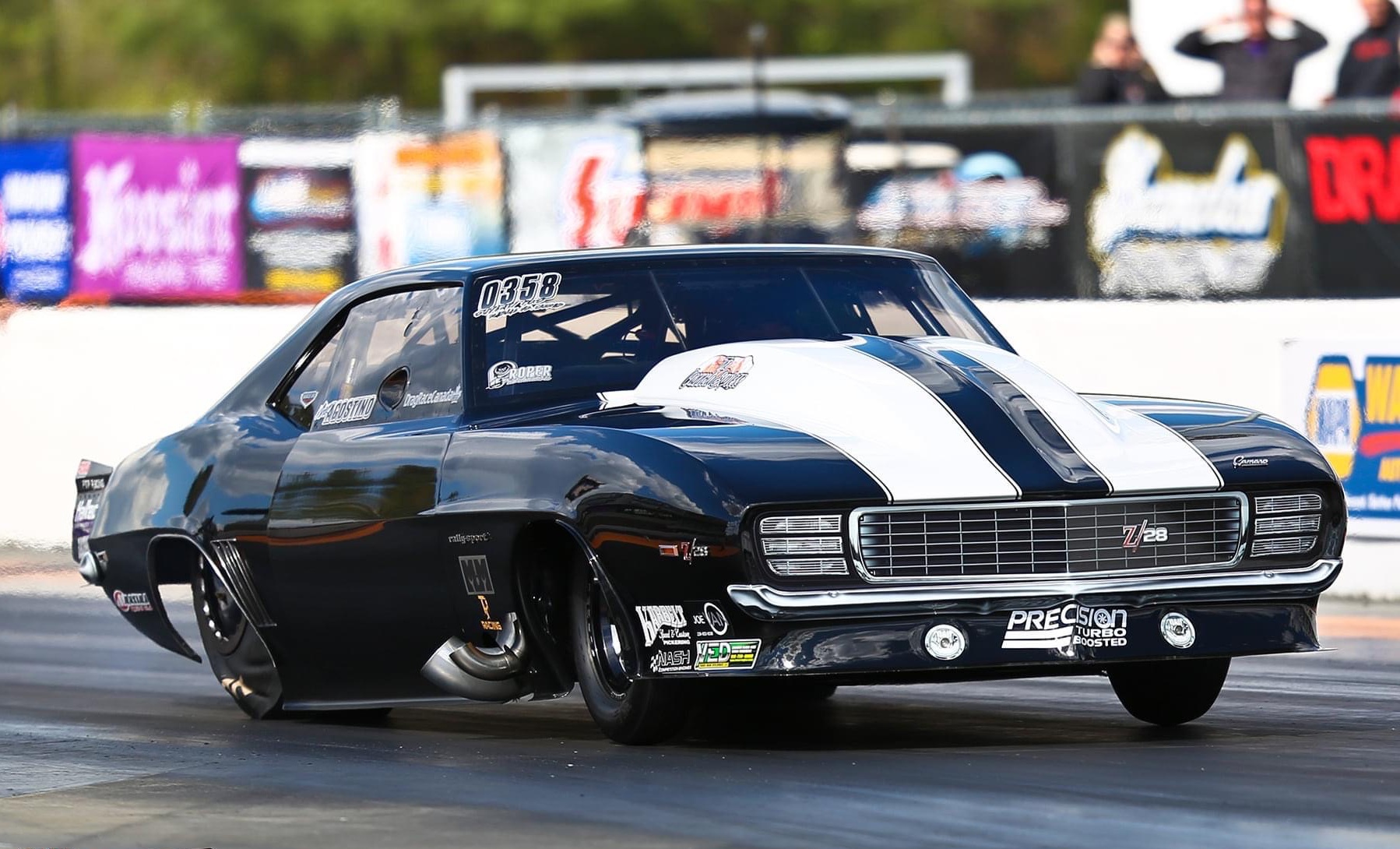 As revealed during a driver’s meeting at the recent Drag 965 Summer Shootout presented by Classic Graphix, both classes will race at six points races as well as the third annual Summit Racing Equipment PDRA ProStars race in 2023. Super Street, in a trial phase this season, will race for a world championship next year.

“Pro Street and Super Street have earned these opportunities for the 2023 season,” said Tyler Crossnoe, series director, PDRA. “Pro Street has continued to grow in terms of participation and the competition level. We introduced Super Street this year, and it’s already exceeding expectations just three races in. Racers have shown us there’s interest in these classes, and we’re proud to give them even more to look forward to in 2023.”

“We really appreciate the opportunity to come and race,” Agostino said. “We love racing with PDRA. They put on a great venue. The Pro Street class is just going to keep growing. There’s a bunch of cars and teams that I know are coming out, they just haven’t found their way yet or they’re not ready. I think this class is going to do great things in the future. Looking forward to sticking with it.”

Super Street was introduced this season as a slick-tire option for racers from numerous different small-tire classes. With no wheelie bars and a max tire size of 28×10.5” non-W bias ply slicks, Super Street has seen thrilling and unpredictable racing at its first three of four races. Ultra Street racer Wes Ervin qualified No. 1 and won the first race at Maryland, then X275 star Ron Rhodes put the class on notice with his No. 1 qualifying and winning performance at Virginia. Dan Whetstine recently became the third different Super Street winner at Maple Grove.

“I’ve been trying to find a way to get in [to PDRA] to race,” Rhodes said. “When this class came up, I was like, ‘This has me written all over it.’ With the slicks, I was excited about a new challenge. I can’t say enough about how great PDRA is. From start to finish, they do a great job. It’s a pleasure to be here. They really welcomed me in and I really appreciate it.”

Both classes are also set to compete at the 2023 Summit Racing Equipment PDRA ProStars race during Virginia Motorsports Park’s Night of Fire. Both classes will run a four-car shootout, though they could expand to eight cars if season-long participation increases. Racers started earning ProStars points at the recent Summit Racing Equipment Northern Nationals presented by Penske Racing Shocks at Maple Grove Raceway.

The 2023 schedule for Pro Street and Super Street will be released later this season along with the complete 2023 PDRA schedule.