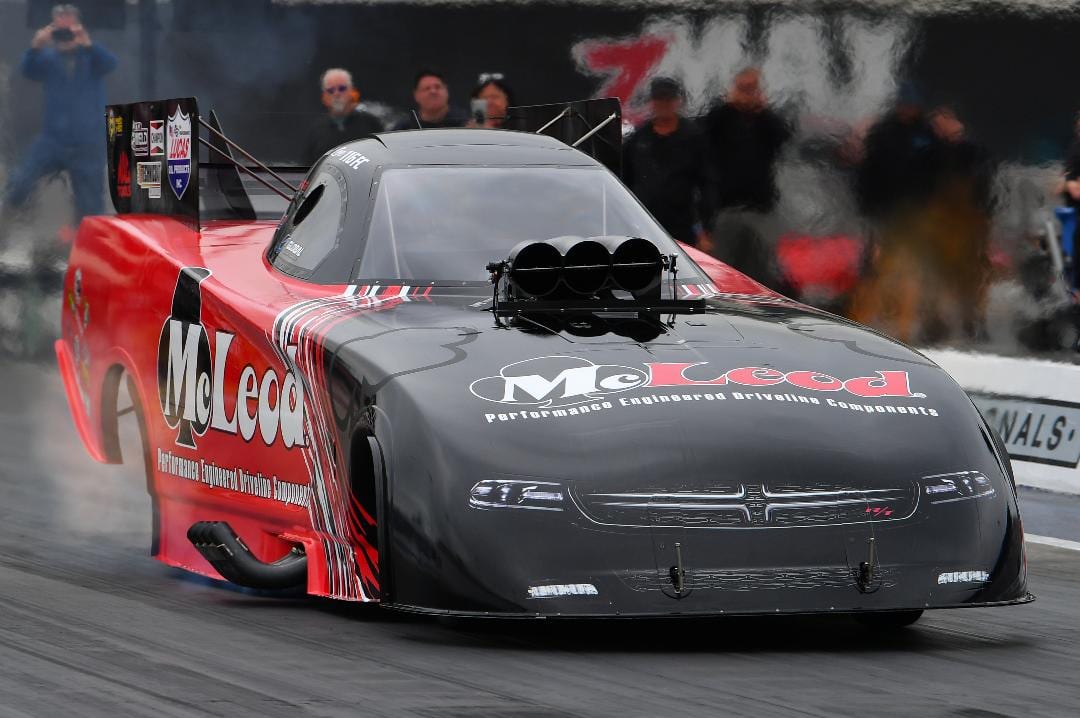 Paul Lee returns to NHRA competition this weekend in Funny Car at the NHRA Southern Nationals in Atlanta after a two-year absence. Lee suffered a widow-maker heart attack at the end of 2016 and now returns as a team owner and a partner with Straightline Strategy Group. The Jim Oberhofer-tuned entry made successful test laps earlier this week and they are anxious to hit the track on Friday at Atlanta Dragway. Lee will be primarily backed by McLeod Racing.

After two years away from NHRA competition, Paul Lee will be making his comeback this weekend in Atlanta, the site of his first national event win in 2004 in Top Alcohol Funny Car. Lee is optimistic as a team owner and driver.

“Atlanta has always been special to me because this is where I won my first national event,” says Lee, owner of McLeod Racing. “To be here is a feat in itself. The last 6 months, I have been training to be able to return to both the physical and mental condition it takes to successfully drive a Nitro Funny Car. I feel great and have never been more ready to return to my mission and purpose of racing.”

Over the winter, Lee announced his alliance with the Straightline Strategy Group. As a marketing partner, the McLeod team would like to welcome Lucas Oil, Weld Wheels, TMS Titanium, Champion Spark Plugs, and Mac Tools.

“Working with the SSG has been a great way to expand sponsorship partners,” says Lee. “We are able to appeal to big companies and be able to cater a sponsorship that works with their marketing and business objectives.”

Jim Oberhofer has also joined the Funny Car team as crew chief. Lee and Oberhofer have a great friendship that started many years ago.

“I’m excited to work on a Funny Car, but I am more excited to work with Paul,” says Oberhofer. “It doesn’t matter what he drove. If he drove a Super Stock car I would be happy. Racing is about friendship and that is what the team is built from.”

On Monday after the 4-Wide Nationals in Charlotte, the team tested their new racecar with two test hits. First was a 330 ft planned shutoff and the second, Paul went to the finish line with a 3.94 at 323 mph. Lee also reacted with .060’s on both runs.

“After Paul passed the finish line on the second pass, we are all pumped up to see what comes this weekend at Atlanta,” says Oberhofer. “With a driver who looks like he hasn’t stepped away a single day from the seat to the talented crew we have assembled, this race will be fun no matter what happens.”

“I really have to thank Don Schumacher, Rahn Tobler and everyone at DSR for all their assistance in assembling our team,” says Lee. “We wouldn’t be able to be here without all of their help.”